This feels like a fake post. I don't really have a story for you. I'm just going to be blathering for a minute. You should probably go read something else. Or go back to bed and finish your Christmas-sugar-high coma. Or actually, instead of reading this post, you should spend your time leaving comments on it that sound like they're responding to something I said but that have absolutely nothing to do with anything I've ever written. This will mislead the people who come to Stranger and just read the comments. And shame on them for just reading the comments. I HAVE IMPORTANT THINGS TO SAY TOO.

Last weekend my friend Corey and her husband Michael came into town. Corey is my very best friend in the entire world. BESIDES YOU GUYS, OF COURSE.

Corey and I met at the very beginning of law school and became what the kids refer to as "frienemies" pretty quickly. We are both pretty opinionated and vocal and competitive. Two months after meeting her we experienced what our friends now refer to as the "finger pointing incident," which is still a sensitive topic between the two of us. This was where we got into a VERY heated argument in a study room at the law school and Corey (who denies this) pointed her finger at my face and I was said to have yelled, "AND GET YOUR FINGER OUT OF MY FACE!"


Even a couple of years after that happened, I used to steal her phone and text myself things like, "I'm sorry I pointed my finger in your face that one time. I was wrong and you were right. And you're a lot funnier than I am." Then I would show people the record of Corey owning up to her mistakes.

This usually did not end well for me.

Somehow, a few months after the Finger Pointing Incident we settled into a very close friendship that resembles siblings.

I hadn't seen Corey and Michael for two years. Daniel and I drove down and visited them in southern California over New Years in 2011. After that, life got crazy. And then I moved to another planet and time passed and we just didn't get to see each other anymore.

We used to Skype every week or two while I was in Palau. But Skype in Palau was unpredictable and inconsistent and usually came with, like, a 45 minute delay. Seriously. If someone died while you were Skyping with them in Palau, you wouldn't even know about it until way after you finished telling your story about Leotrix.

Corey and Michael were here for a wedding and could only stay for about 30 hours. Despite having not seen them in person for so long, it was as though no time had ever passed. 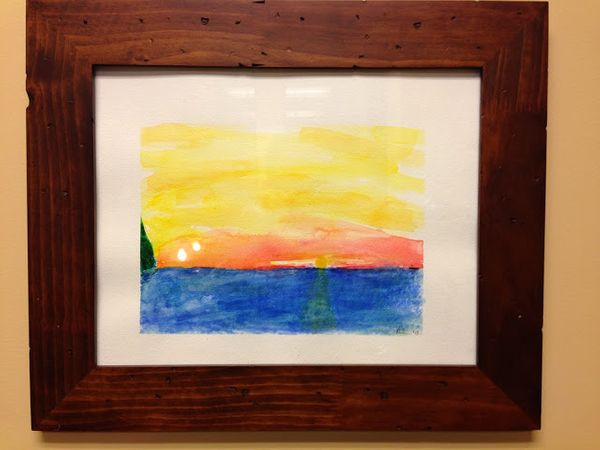 I've never been much of a Christmas person. There are a lot of reasons for this. But one of the big ones is that I really struggle with the gift-giving