I know that this month I haven't been the most consistent blogger of all time. My life has been a roller coaster in January and it's been difficult to keep up with a lot of things, including Stranger. And now you guys are all mad at me and I hate it when you're mad at me because then nobody stops me in the street and gives me back massages.

But it's not like I've abandoned you entirely. Even when I'm blogging inconsistently, I still post something three or four times a week. LET'S EVERYONE CALM DOWN. The back massages from Strangers may now resume!

It's already almost 8:00 AM on a Thursday and I haven't posted anything for the day and it's giving me some anxiety. So I thought I would finally tell you something I've been meaning to tell you for a while.

I just had a thought: they should create some program that takes past blog posts, mixes them around, and regurgitates jokes from them in the form of a new post for when you don't have time or energy to come up with new content. It wouldn't really be any different from what I write anyway.

But, no. The thing I've been wanting to tell you is that someone has been playing a VERY funny joke on me for probably over a year and it wasn't until recently that I figured out what was going on. I assume it was one of you but there's always the possibility that Jolyn is involved.

On a side note, every time I write "Jolyn" I imagine that lightening strikes and a booming thunder shakes the house.

About a year ago I started receiving VERY long-winded emails from people explaining in explicit detail their very screwed-up relationship problems and asking for advice. These emails were coming from all over the country (and even a few from Europe). They came from email addresses associated with legitimate companies and school districts as well as run-of-the-mill gmail and yahoo accounts.

They typically talk about how someone was unfaithful and how they just can't bear the thought of losing this person. Often children are involved. Etc.

At first I just thought, "Well. Someone clearly thinks I'm VERY wise. WHICH I AM." And then I thoughtfully answered the email, including a good blend of stern lecture and motherly compassion. I often included a full diatribe about how they needed to put the child's needs first. Sometimes I quoted scripture at them. Sometimes classic literature.

I am embarrassed to tell you how much time I spent answering those early emails.

I was always a little put out that none of them ever responded with "Oh my gosh! You are so right! Thank you, Eli! You have saved my life! And your hair looks amazing today! And I have no doubt that Paul Simon is thinking about you right now!"

But, in fact, not one of these people has ever responded to any of my emails at all.

This has gone on and on. Typically I receive several of these emails every month. And recently I've sort of gotten behind on answering them. For one thing, it's very emotionally draining. But also, I was getting really confused about why I was getting so many of these anyway.

Then, a few weeks ago, I got one incredibly long email that was addressed to "Dear Marsha." I realized that someone did the same just a few months before (typically the email just begins, without formally addressing anyone). And it finally hit me. One of you people has posted my email address somewhere as the contact for some "Dear Marsha" column. It's the only thing that makes sense.

If I'm correct, you need to come forward and receive praise. Because I'm pretty careful about not falling into any Stranger traps, but you may have just gotten me to spend an entire year accidentally acting as Marsha the therapist for people all over the world. 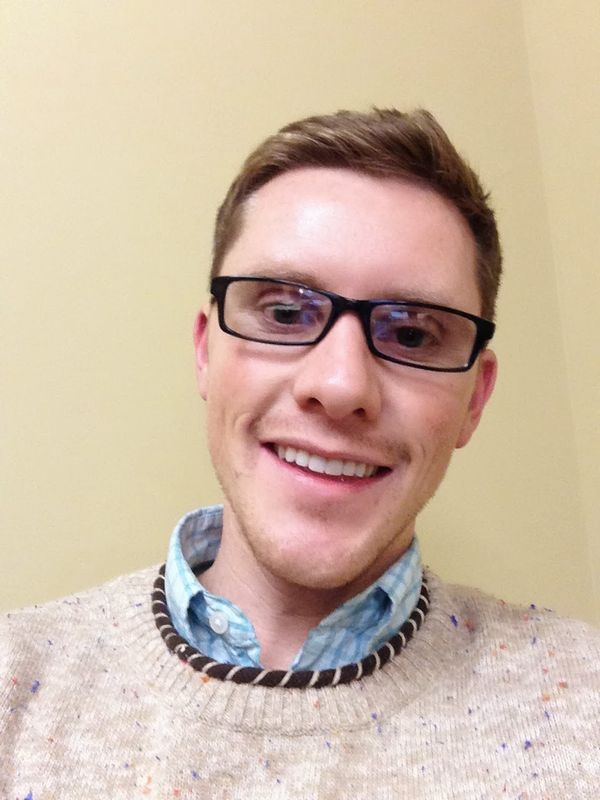 Today I was sitting in my office, minding my business, working like a good Mormon boy, when suddenly something that has never really happened to me before happened to me.

I have the very good fortune of working with my very good friend Annie, with whom I went to law school. Our offices are right next to each other and she is the person I go to 100 million times every day with a