I was so nervous heading down to St. George to compete in the half Ironman this weekend. So many mixed emotions hit me in the weeks leading up to it. There was a lot of excitement, typical of anticipation for a big race. Some nerves. And some fear.

Ironman has been a long-time goal of mine. I decided early in my twenties that I wanted to complete one by the end of my twenties. And here I am. I've attempted the full Ironman once and had a very traumatic experience doing so. And I turn thirty in about two weeks.

Brandt and I were concerned about being able to complete the half Ironman. The St. George course is very difficult. And having not finished a triathlon before and having trained through the winter in Salt Lake City, we weren't really sure how prepared we were. We knew that the final cut-off time for the race was 8 hours and 30 minutes, and having failed to make the 17-hour cut-off time in 2012 when I attempted the full distance, I was very afraid of a repeat performance.

We mapped it out and guessed that on our best day we might complete the race as fast as 7 hours. And so that's what we hoped for. But we admitted that as long as we finished, even if it was cutting it really close to the 8 hour 30 minute time limit, we would be proud of ourselves and ready to move on to the next phase of our training: the Lake Tahoe full Ironman at the end of the summer.

The race started at 7:00 in the morning in the pretty cold lake. Groups left in waves, starting three minutes apart. Although Brandt and I are both 29, because of where our birthdays fall we were in different age groups and so Brandt's swim started three minutes before mine.

Brandt is a phenomenally good swimmer. I think he was the Little Mermaid in a former life. WHICH EXPLAINS THE HAIR, and which my sisters commented still looked Disney-prince-like throughout the day, even after several hours of competing.

When my swim started, a rush of panic shot through me. Not quite acclimated to the 60-degree water, I had a hard time catching my breath. In addition, dozens of people were crashing into me from all sides and I started having terrible flashbacks to what was one of the more frightening experiences of my life when the winds blew in 2012 and caused me to become separated from the crowd.

I forced myself to be calm. This was hard to do. But I told myself over and over that panicking wasn't going to be helpful. My little pep talk continued until I pulled myself up out of the water about 42 minutes after starting.

This is not an incredibly fast time. But you guys. Look at my face. I. am. not. a. swimmer. And when I saw that I had completed this portion somewhere in the middle of the crowd, I was ecstatic. And I triumphantly ran through the transition to collect my bike like I had just been called up on The Price is Right and I knew they were due for a game of Plinko soon.

On the way through transition I was stopped by a man assigned to relieve me of my wetsuit. I had decided before the race started that I was going to spend the day pretending that I was one of those people from Downton Abbey who had a whole staff assigned to take care of my every need. And I had planned to refer to each volunteer in my mind as a "footman" or "lady's maid." But I ended up not feeling as graceful as Lady Mary, ALTHOUGH I TRIED, while rolling around naked on the asphalt as a man ripped my cold wetsuit from my body.

TMI warning! Don't read that last paragraph if you don't want to know those intimate details!

I worked my way through the transition and mounted Paul Cyclemon, a huge grin on my face, still pleased that the swim had gone so well and that I felt strong.

This bike course was an extremely challenging 56 miles of long and steep climbs. And I worried about how it would go, knowing that the most difficult climb, through Snow Canyon, awaited me deep into the race.

But I rode on. And I felt good doing it, maintaining a pace I was surprised to be able to maintain.

I passed dozens of people as I rode up the canyon, feeling so much emotion and elation that I was really accomplishing something that I've worked long and hard to accomplish.

And before I knew it, I was riding into the second transition to change into my running clothes and begin the half marathon.

The run was hard. The first half of it consisted of mostly climbing, and I felt myself losing steam as I went. It was hot, too, and I couldn't seem to get enough fluids in me.

But I ran. I felt myself wanting to walk many times, but I kept telling myself that I was capable. And after a while, I started to believe it. And before I knew it, I saw the finish line ahead. You can make fun of me, but I cried a little as I crossed it.

I averaged about a 7:50 mile on the run and finished the race in 5 hours and 32 minutes. And I could not possibly be happier about it. Brandt's time was about two and a half minutes faster than mine, and I couldn't be more proud of him.

This race was one of the more difficult things that I've done. But I had sort of an interesting thing happen as I was climbing Snow Canyon on the bike and then again as I approached the final few miles of the run, fatigued and in pain.

I started thinking about my Ironman experience in 2012. I remembered the mixed feelings that day as I got kicked out of the race. I was devastated. But I also realized that I had something to be proud of for working so hard to get to that point, even if I wasn't able to complete the Ironman.

I started thinking about what I wrote about that experience at that time. And the reminder of those thoughts inspired me on Saturday. I'M NOT SAYING THAT I'M SO AMAZING THAT I EVEN INSPIRE MYSELF. It's just that, in those difficult moments during the race this weekend, I remembered some lessons I learned two years ago that I really needed to remember while racing this half Ironman.

I remembered that I wrote that Ironman St. George was never really the goal, but rather, was just a place where Daniel and I could showcase what we had gained while accomplishing the real goal.

And I remembered that I had written this:

I think no failure is permanent as long as you keep on pushing. No setback means anything about your character as long as you don't accept it as your destiny. And no experience is without value, as long as you cherish the strange parts of it.

It hit me this weekend, as I swam and biked and ran, that I was keeping setback from becoming my destiny. I was doing this race. I am going at it again, and pushing myself to achieve something that I just didn't quite achieve last time. And in that moment, I was really really proud of myself for this. Because I felt like this was saying something about my character.

None of these feelings of accomplishment and excitement and pride about my evolving character were really about the Ironman. This race on Saturday represented so much more to me than being able to do a triathlon. It was all emblematic of a much more significant life victory that I have fought with emotional blood, sweat, and tears over the last couple of years right along side the physical blood, sweat, and tears it took to prepare me to succeed in this race.

Those battles--the emotional and the physical one--have paralleled one another so poetically since I picked up Ironman training at the end of 2011. I chose to compete at that time because my life felt so unsure and complicated and lonely and I believed that I needed something at that time on which I could totally focus.

I was lonely and unhappy with who I was and I believed that if I could do something like this, maybe I could convince myself that I was brave and capable of weathering any storm.

I worked so hard at it, and ultimately came up short in 2012. And that crushing failure represented so much to me about my ability to, well, weather any storm.

My fears and weaknesses only got worse after that and throughout the next year or so I felt myself dying a bit inside as I continually felt less and less like someone who could be brave and as I felt more and more like someone who didn't have much character.

When I returned from Palau last fall, broken and scared, I finally started facing all of those fears. And for the second time, I decided to start training for an Ironman, believing that I had unfinished business and something that I still needed to prove to myself.

My transformation of body and spirit in the last few months has been drastic. And wonderful. And I have found a peace and happiness that I have never known before in my life.

Tears came to my eyes as I ran past mile 11 in this race on Saturday and I realized how far I've come and how proud I am of what I have found to be my character.

And I needed to have that feeling now. It's a feeling I would have killed to have a year ago as I sat in the dark tropics at the lowest of my lows, feeling like there wasn't much left of my character.

It's a feeling I could have used as I pulled myself from a very dark place at the end of 2013 and tried to convince myself that I had worth. 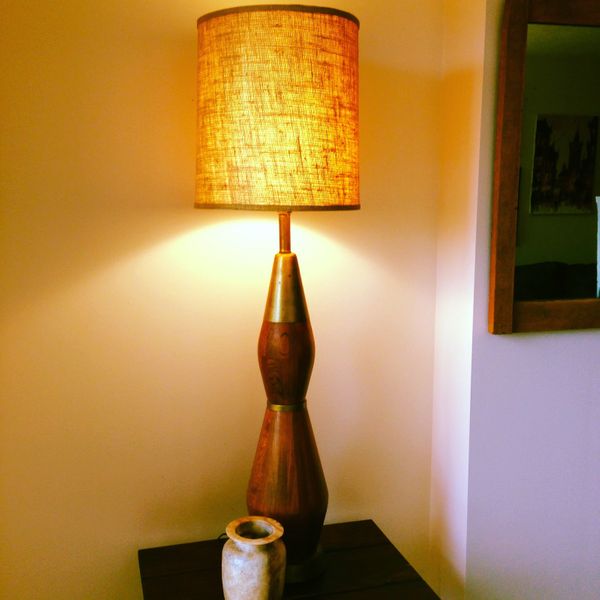 I'm in a car now with Disney Prince Hair Brandt, pointed toward St. George. I'm not driving! Let's all calm down. I don't text while driving OR blog while driving.