Rebecca is half French and she grew up between the U.S. and France. As a result, she has two native languages, which I would always forget until she whipped out her French on the phone with her mom and I suddenly felt like they were talking about me and how good my hair was looking that day.

Anyway, I was absolutely not pleased that Rebecca was leaving me last week. And I sort of thought, although her departure date was set weeks ago, that she would realize how much fun I am to live with and decide that living with Eli is 1,000 times better than living in Paris.

You guys. DOES PARIS SING MILEY CYRUS SONGS IN THE SHOWER AT 5:00 IN THE MORNING EVERY DAY?

On Rebecca's last night in the United States of God bless America, I had been waiting for her to come home from an evening of saying her goodbyes. It was late, so sometime after midnight I turned in to bed.

You guys. IT WAS A SCHOOL NIGHT.

I was sound asleep, minding my business, when I was suddenly awakened by the sound and feeling of an adult body landing flat onto my bed at 2:00 AM.

Eli: What happened?! Was there a bomb?! Did someone set off a bomb?!

Rebecca: HAHAHA. Anyway, so I have ONE MILLION THINGS TO TELL YOU RIGHT NOW RIGHT THIS SECOND.

Eli: Rebecca. It is the witching hour. Don't you ever run out of things to say?

Rebecca spoke at one trillion words per minute for what I think may have been the next three hours. I don't know what she talked about. I don't know what I said in response. All I know is that a half-French woman WHO NEVER DID LEARN TO SHUT CUPBOARDS DURING HER ENTIRE TIME LIVING WITH ME shuffled around on my bed talking until the sun pierced the sky.

Grumpily, I climbed out of bed when my alarm went off in the morning. I wandered into the kitchen, where I found Rebecca making an unnecessarily gluten-free breakfast.

Eli: When does your flight leave?

Rebecca: In a couple of hours.

Rebecca: Huh? Do you want a smoothie? I'M MAKING A GLUTEN-FREE SMOOTHIE!

Eli: Rebecca. Remember when you told me you were going to leave the place better than when you found it? Remember the "without-a-trace" promise?

Rebecca: Oh. Of course! It will all be gone before I leave!

Eli: How? Your flight leaves in a couple of hours, you haven't packed, and you have large pieces of furniture still here.

Rebecca: Oh my gosh! Look! I just found another Easter egg! IN THE OVEN!

Eli: Oh. Great. So how many other fire hazards did you leave around the house for me?

I came home from work later that day. Rebecca and her suitcase were gone. Everything else was exactly how it was when I left home that morning.

There was a pile of earrings in the bathroom.

And I miss the Hell out of her.

So I'm turning thirty at the end of next week. I remember so well when I was 21 and my friend Paula came to town to visit and she told me that she had just turned thirty and I was like, "HOW ARE YOU 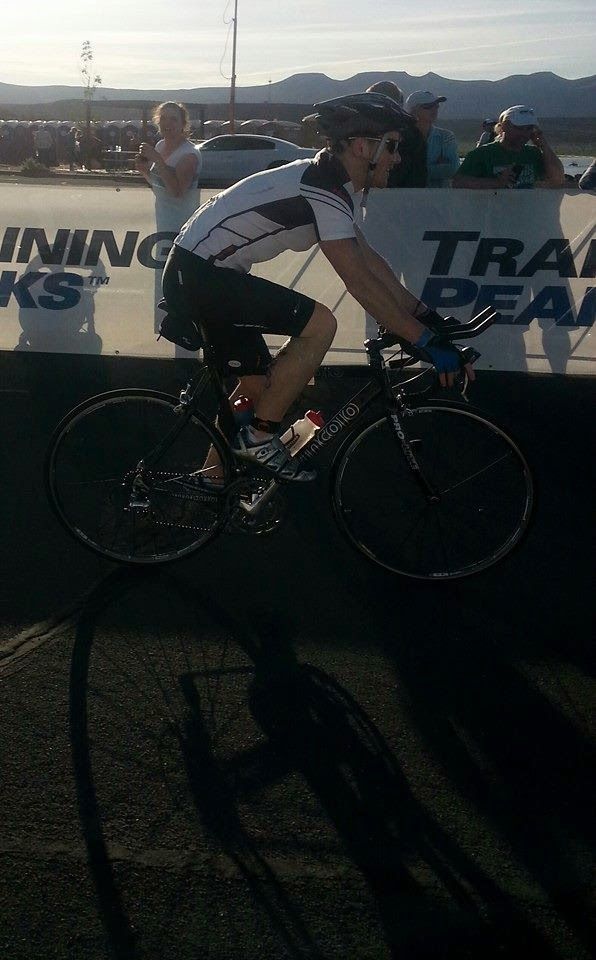 I was so nervous heading down to St. George to compete in the half Ironman this weekend. So many mixed emotions hit me in the weeks leading up to it.