I know. You're all shocked. NO ONE guessed this. I'll give you a moment to recover.

This is something I just never thought I would really address on Stranger because I never felt like I needed to.

But several things have changed for me. The most important one is the mounting internal pressure to be more open about this because being open about being gay can literally save lives. It opens dialogue, and it helps people who feel alone feel less alone. Honestly, in recent years a part of me has felt a little selfish for not being open.

Coming out as gay to anyone is kind of a scary thing. Even in 2018. It took me many many many many years to come out to the people I'm closest to. Like, 29 or so years. A lot of this was because I didn't exactly grow up in a community that has a great track record when it comes to treatment of The Gays.

Flashback to a very gay boy in the 90s sitting in many lessons at church in which the teacher explained that no one is born gay but the wicked choose to be gay and for that reason their souls are lost.

Flashback to a college roommate my freshman year who sua sponte told me that if any of his brothers turned out to be gay, he and his dad would "beat the crap out of them" until they "snapped out of it or died" and that it was better that they be dead than be "a pervert."

Flashback to another time in college when a different roommate opined that the reason gay people often get involved in charity is to compensate for the darkness they feel in their souls--and my other roommates agreed.

Flashback to one day after I came out to my first confidant ever when a woman at church I hardly knew told me that she thought that gay people were "mentally ill and selfish" and that she wished they would all "get AIDS and die already."

Flashback to the 90s when my uncle came out as gay and several people wouldn't let him be alone with their children for years as a result.

Flashback to . . . oh you get the point. There are a number of flashbacks.

Fortunately, even through all of those flashbacks, I had the seemingly illogical sense that there was a silent majority of people who would instinctively feel empathy on this issue, if I ever did become brave enough to come out. I think I must have had this optimism because there was a deep feeling within me that the religion I grew up learning about was doctrinally much kinder than the version I saw practiced by its worst vocal members.

I was right about that, and I'm eternally grateful that I was.

I don't bring up those flashbacks, by the way, to skewer the people in them, many of whom I know would be embarrassed about their comments today. I mention them only to give you some perspective on what a gay child in Utah experiences (or at least what this one experienced), and why it can feel so intimidating to talk to someone about such a confusing thing.

In any event, it wasn't just a fear of being condemned and ostracized that kept me from being open about this for so long. The much more powerful deterrent was the very real fear that all of those people were right. That if I was to come out, that would somehow make this thing real. Never mind that it already was real, regardless of my silence about it. And I was terrified to my core that making this real truly would have severe implications on my soul.

I'm not going to detail that spiritual journey here and now. I'm just going to cut to the chase and say that several years ago I finally got to a point, a wonderful hard-fought point, where I realized in a deeply personal way that it didn't matter what anyone else thought about my soul and that being true about this part of me was actually the best thing for it anyway.

Coming out to people has never been a sobbing affair for me. It's usually done with some humor, and I've been sure to make it purposefully unapologetic. That was the case with the first people I ever told.

One Saturday afternoon in 2013 I was sitting in a cafe with my friends Kimberly and Tyler and it just sort of came out of my mouth. "So, I'm incredibly gay," I told them. It was so casual, the way I said it, that you might have thought it didn't take a great amount of courage. You would have been wrong to think that.

They smiled and laughed and could not have been more warm to me.

I cannot explain to you what that felt like.

I didn't know that I had never felt peace in my entire life until those words left my mouth.

There wasn't a feeling of fear or sadness or regret. Not even elation. Just. Pure. Peace.

I remember thinking "holy crap. Is this how everyone else feels all the time?"

Obviously I don't think everyone feels peace all the time. But the point is that this feeling was so foreign yet wonderful to me that I couldn't believe I had just basically lived three decades without it.

I was so relieved and so anxious to say it again that the very next day I told the first person I saw. She was someone I had gone to law school with a few years before, although I didn't know her well, and now we were living in the same building in Salt Lake City. She had stopped by my apartment because she found a checkbook with my name on it (I had dropped it somewhere). It was Rebecca. She instantly became one of my best friends in that moment and she remains so to this day.

Over the next few months I came out to nearly everyone else in my life (sorry if you're a close friend and I forgot to tell you. P.S., I'm pretty gay.).

I found that it was much easier to come out to people I didn't know as well compared to coming out to my closest friends and family. In almost every instance the experience was positive. But even when it wasn't, I never regretted doing it.

Coming out made me a better person.

No. You read that sentence with insufficient emphasis. Let me try it again.

Coming out made me a better person.

I found it suddenly much easier to be more kind and thoughtful and empathetic. I was no longer bogged down by the weight of this horror. AND NOW I'M PERFECT.

But really, I found it much easier to like myself. I found myself recognizing and appreciating that literally everything I ever liked about my personality and who I was throughout my life was made better by the fact that I was just a really gay child who became a really gay adult.

Over the next few years I started dating. And I was mostly terrible at it. But I had fun doing it. Then in 2015 I met an exceptionally crazy human named Skylar, who was on a one-hour layover in the Salt Lake airport on a Saturday evening. He had never been to Utah before and had no intention of coming back. Now he lives with me and breaks all of the stuff in my house.

Some stuff happened between the airport layover and Skylar breaking things in my house as recently as today. I'll tell you about those things in the near future. And I'm looking forward to that. Because one of the reasons I'm most excited about writing this post is that I finally get to really tell you about this exceptionally crazy human. I've been wanting to for a while. Because although Skylar drives me absolutely insane and he is always late and he loses everything and OMG LEARN HOW TO LOCK CAR DOORS SKYLAR YOU ARE ASKING TO BE ROBBED--even though all of that--Skylar is the best person I have ever met.

Not just the best person for me.

Skylar is the best person in the entire world.

I'm sorry. Skylar is better than all of you and your grandmas. He just is. He's unbelievably funny, and kind, and thoughtful, and sweet, and open-minded, and totally without guile, and loyal and HE LOSES EVERYTHING, but I'm getting away from the point.

He is beloved by everyone who meets him. I can never let this relationship end because he would get all of my friends and family in the break-up. Well, except for Matt. But that's only because Matt doesn't like change and he's known me longer. Also, Skylar breaks everything at Matt's house, too.

I decided I want you to know this because it makes me happy, and because I hope it will make you happy, too.

This time in Strangerville, Meg still refuses to give Eli her children; Eli becomes very gay; and a woman loses her husband in the mountains. Story: Elk in the Woods, by Robyn Livermore (music by Ben Sound) Production by Eli McCann and Meg Walter 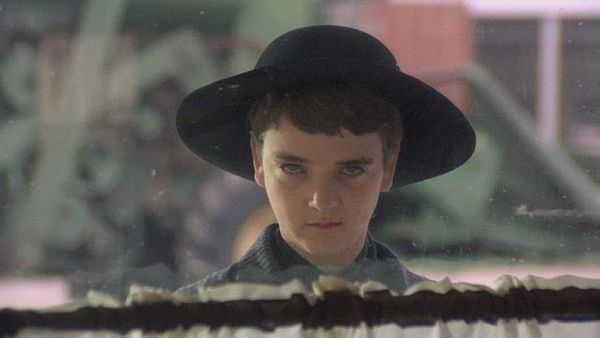 Last year when the essential oils people descended upon me [https://www.itjustgetsstranger.com/2017/09/essential-oils-are-killing-me.html] and nearly destroyed my home, I decided that I would take a