Matt is leaving this week for very Mississippi to spend a month in his hometown. You might think I made a mistake by including the word "very" in that sentence, but I assure you that I did not. If you ever heard any of his family members communicate using the English language, you would know what I'm talking about.

Matt is like most of my friends in that he apparently has the ability to leave his job for entire months at a time and work remotely. Rebecca used to do this before she got knocked up. (If she reads this, she will definitely call me and object to that characterization and demand that I change it to something like "experienced God's miracle" and we'll ultimately settle on "lost her innocence").
When Rebecca was living in sin with me in 2014, out of the blue one day she told me she was moving to Paris and I didn't see her again for four months during which time zero keys to my apartment were lost BECAUSE IT'S NOT THAT HARD TO KEEP TRACK OF KEYS REBECCA.
I have yelled, nay screamed, at Rebecca eleventy hundred times about losing my keys. Recently she was in Salt Lake City and told me she wanted to come hang out at my house during the day while I was at work for reasons that are still not clear to me. I hid a key for her and later found out that she lost that key literally within 30 minutes of retrieving it.

Rebecca thinks I don't know about this. Rather than call me and tell me that she lost yet another freaking key, she called Skylar, who suffers from the same disorder Rebecca has, and petitioned his assistance.
Skylar currently has approximately SIX drivers licenses because he "loses" them so frequently and has to get a new one and then he later finds the one that was lost. He has so many different IDs that if someone looked through his belongings they would think he was a spy.
Which is ironic because SKYLAR LOSES AND FORGETS EVERYTHING. He would be the worst spy. The other day he told me that there was a "cross-stitching game" going on at the college behind my house. After some clarification questions I discovered that he meant "lacrosse."
That last thing isn't really related to why Skylar would be a terrible spy but I just needed you to know it.
And so, understanding that Skylar would totally get her predicament, Rebecca called Skylar, knowing that he has one of the many spare keys to my house floating around out there.
She didn't call Matt, for she would have received the same judgment from him that she receives from me. Because Matt is a responsible human being.
She called Skylar. And the two had some conversation that probably defamed my good name and painted me out to be an unreasonable bigot who needs Jesus because I have no patience for people losing my damn keys.
The two went to Home Depot and likely wandered the place far longer than necessary before finding the key person and having the spare made. Then they engaged in some saliva-blood oath in the parking lot, swearing on Rebecca's baby who was hopefully being watched during all of this to never ever disclose to me that any of this had happened.
Three hours later Skylar threw Rebecca under the bus when I started interrogating him about why my oven was full of shattered glass (he tried to bake a Tupperware dish full of water--don't ask) and he needed a quick deflection.
Where was I?
Oh, yes. So people like Rebecca and Matt can apparently just choose to work remotely while gallivanting off in the great exotic unknown while I'm stuck in my office not losing keys to my house.
BACK IN MY DAY a man's time and presence belonged to his employer and he experienced no flexibility or happiness.
Contrast the Matt and Rebecca lifestyle with how I still require Brianne to start and end each work day with a "firm business handshake," which she does reluctantly before making an inappropriate joke about how she hopes I don't "pass out today," in reference to this one time I fainted in a deposition full of 12 lawyers, a court reporter, and my client.
AND WE WERE ON RECORD.
Brianne likes to do dramatic readings of that deposition transcript when she's mad at me.
The point is, Matt is going to very Mississippi for a month and he's taking Ollie Pants with him which is so unfair so I'm going to go visit them for my birthday. Because Ollie shouldn't be without me on my birthday.
I've never been to either Mississippi or very Mississippi and since Rebecca also happens to live there now too DON'T ASK we are going to see her lose keys in a whole new state.
We plan to drive from Jackson down to New Orleans and otherwise wander the two states without getting arrested. So if any of you are familiar with that area of the world I need you to tell me what we should do because every time I ask Matt what he has planned he just says something about how if we don't get murdered in Jackson Mississippi we'll be the first. 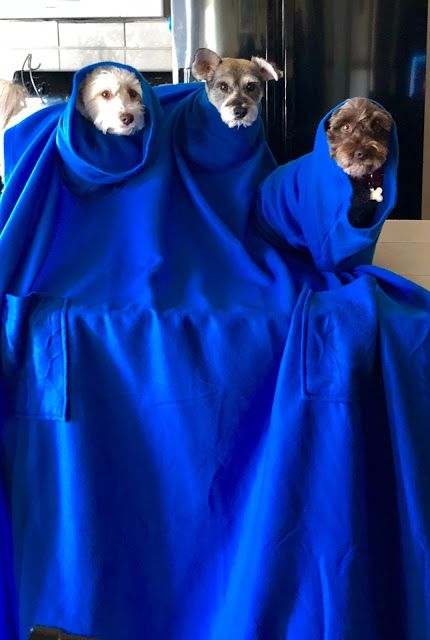 As you know, because you've been unable to think of anything else since, several months ago I started Strangerhood of the Traveling Snuggie. Eleventy hundred of you emailed me your

In this week's Strangerville episode I may have overreacted about a thing that has been driving me crazy for a while. That thing is poorly-executed elevator small talk between coworkers.