The Mormon world is abuzz this week at the announcement that two high-profile church members are apparently facing church discipline. For those unfamiliar with how this works or why this matters, I'll attempt to give a very brief and hopefully accurate explanation for what this means.

The church is very organized. It holds actual records of anyone who becomes a member of it. To become a member of the church, a person has to agree to live according to certain rules, which qualifies the person for baptism, the actual act that triggers official "membership." These rules include things such as agreeing not to drink alcohol or use illegal drugs as well as some less-defined obligations like be kind to others and attend church meetings "regularly." Church membership gives the person an opportunity to serve in various capacities within their local congregation. There are also spiritual benefits that church members believe they receive through their membership.

Once a person becomes a member of the church, there are two ways in which that person can lose church membership. One is by choice. A church member can ask to have their name removed from the church records. The other is by excommunication, a dramatic procedure in which church leaders review a member's actions and determine whether it makes sense to go separate ways. Excommunication means that the person is no longer considered a member of the church and is not allowed to receive church assignments. In most cases, the excommunicated member is still welcome to attend church meetings and church members are encouraged to continue to love and fellowship the person, no matter what happens. The person usually has the opportunity to become a member of the church again down the road if they meet the qualifications mentioned above.

Church leaders regularly explain that excommunication is a rare thing that is supposed to be used as a benefit to both the excommunicated member and the church community as a whole. For example, where a church member becomes a danger to children, excommunication on a practical level can help protect other church members from this person's active participation in their local congregation.

On a spiritual level, church leaders will refer to the general concept of "to whom much is given, much is required." Being a member of the church means that a person has made very strong commitments with God and where church leaders determine that that person is failing to meet those commitments, nullifying those commitments through excommunication in a way acts to protect the person from egregious spiritual consequences.

A lot can be said on that topic. And I don't mean to claim to understand it perfectly. But I think that's the general idea. Interestingly, although one must make certain commitments in order to be baptized and become a member of the church, failing to keep most of those commitments will never result in excommunication. For example, I could not get baptized if I refused to stop drinking alcohol. But starting to drink alcohol after becoming a church member would never result in my excommunication. Excommunication is reserved only for the most serious actions.

The reason the church community is abuzz right now is because the high-profile members who are being threatened with church discipline (note, they have not actually been excommunicated) are at risk because they have been actively preaching teachings that are contrary to official church positions. I won't attempt to summarize their views here (and I don't know that I could if I wanted to) but they generally have to do with the role of women and the treatment of gays in church policy.

The threatened church discipline is the result of church leaders' concern that these members are actively fighting against the church organization and potentially leading others astray. In what I can imagine is a very difficult attempt to keep the organization organized and the message clear, the church believes that it must draw a line in the sand and make sure that its message isn't being clouded by anyone else who preaches under the guise of any church authority.

This leaves a general feeling of uneasiness among many church members, like myself, who wonder where that line in the sand is. Many of us have concerns and questions and even disagreements with the organization about various policies and teachings. I have expressed some of those on Stranger, specifically concerning my thoughts on marriage equality.

The implications of threatened church discipline of these members on the basis of their preaching theological disagreement feels unsettling. And when something controversial and unsettling happens in a faith community, it tends to polarize folks. So many people who also have opinions different than official church teachings suddenly feel like church leaders are draconian Big Brothers who seek to squash anyone who disagrees. And others, defensive of a church they love, might have a tendency to proclaim unabashed allegiance to the organization and alienate the other end of the spectrum through their all-or-nothing rhetoric.

And I can't help this morning but feel like none of this is nearly as simple as a first glance of a headline might make us feel it should be. I can't help but feel that well-meaning church leaders are trying their best to figure out how to help the greatest amount of people get the spiritual nourishment that they need and are grappling with the decisions about how to promote freedom of thought while protecting the structure that exists to aid in the ultimate quest for freedom of thought. And that well-meaning church members with serious concerns and disagreements can still love the church organization and sincerely want to maintain their place in it.

I don't know whether their decisions are right. It feels to me like this might be a mistake. That it could send a message to many that difference of opinion cannot be tolerated. And that that message could push people away for whom church membership is actually a great blessing. But I might be totally wrong about that. And it's possible that there is more to the situation than I understand. And it's possible that the church leaders are making the hard but right decisions.

I just wonder if, in situations like this, we would all do well to avoid becoming reactionary. To actually try to see another side. To view all sides with compassion. And to, above all else, be personally inclusive of others, even and especially when exclusivity is at issue.

I suppose it takes humility. And I believe humility is selflessness in its purest form. It's a challenge for many. It's certainly a challenge for me as I find myself shaking my head in frustration at news that feels unsettling at first blush. But surely we make the world a better place when we succeed in this. 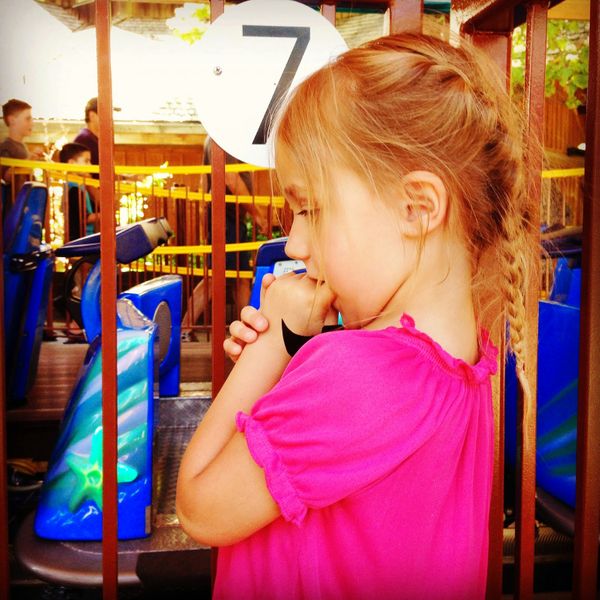 Happy Friday, all. Tomorrow night (Saturday) we'll be at The Porch here in Salt Lake City. The show starts at 9:00 PM (DON'T WORRY! IT'S NOT A SCHOOL NIGHT!

A quick reminder--I'll be telling a story on The Porch this Saturday in Salt Lake City. I think the show starts around 9:00 PM. We'll be at a venue called Trackside (510 W 200 N). Here's the tickets link [http://www.utahporch.org/