Living-in-sin Rebecca is now back from Paris. I know this because yesterday as I was leaving for a dinner party, she burst through my door and startled me so much that I nearly dropped the carrot-apple salad I was carrying.

Rebecca: Sorry. Is this a bad time?!

Eli: DON'T YOU KNOW THAT I HAVE A HEART CONDITION!?

Rebecca: Hahaha. Anyway! So I JUST bought a new car!!!

Eli: Um. Welcome home from Paris. Close friend and former roommate whom I haven't seen in like four months.

To her credit, buying a new car is a very big deal for Rebecca. This is largely because Rebecca has been driving something barely more advanced than a horse and buggy for the last 14 years. You guys. I swear to you. I cannot even describe the vehicle she was driving. She got into an accident when we were in law school and probably legally totaled the thing but instead of dealing with it like a regular person, she hammered the hood back down with a set of tools and called it good.

As she has experienced various problems with this vehicle and has expressed to me repeatedly her fear that it would explode any day on a quick trip to the grocery store, we have had a lot of this conversation:

Rebecca: But I'm scared. What if the car salesman tries to have his way with me?

Eli: First of all, I need you to stop using that phrase. It doesn't mean what you think it means. Secondly, we can find a responsible grownup to go with you and help you not get ripped off.

Eli: First of all, you spending "upwards of $1,100" on a car is what got you into the mess you're currently in. Secondly, I know you want to save the world. I'm just trying to help you understand that you will likely be in a better position to do that if you're not spending all of your time in conversations with me about whether or not your car is going to blow up.

Eli: Yes. You have a stable job and you have never spent a penny on anything in your life. You can afford to buy a very mediocre car that is worth more than $1,100.

Rebecca: Ok. But until then, I'm just going to keep moving all of my stuff into your apartment and not take any of the garbage with me when I leave. Ok?

I honestly believed she would never actually get herself to purchase a vehicle. Rebecca has a heart of gold, and although she can afford to upgrade from the piece of trash she has been driving, she has a hard time justifying spending any money on herself when she could direct those funds to something more noble, like her nonprofit organization that helps women in southeast Asia transition out of the sex trade.

NOT THAT I KNOW WHAT THAT IS, CATHIE.

But apparently enough people talked some sense into her because on Saturday, as I was leaving to go to my dinner party:

Eli: I don't believe this. Show me.

Rebecca: Oh Eli! You won't BELIEVE what it can do! Come outside! I have to show you. You are JUST GOING TO DIE!

Based on how she acted, I thought the thing was going to fly. I really thought everything they promised us in Back to the Future was finally going to become a reality.

So I followed her outside.

She approached the very modest but nice vehicle, held her keys up, pushed a button, and then beamed at me in pride.

Eli: What did it do?

Rebecca: If you just push this button, the car unlocks and you don't have to use a key--

Rebecca: I figured you did. But I just can't believe this is on MY CAR!

Eli: Yes. It must be very recent technology.

Eli: Why is the back seat full of your clothes?

Rebecca: Oh. Because I'm moving in right now. BUT DON'T WORRY. I still have a key. So you can go to your dinner party and we can just chat when you get back home.

Eli: I seriously don't understand how my life turns into this so often. 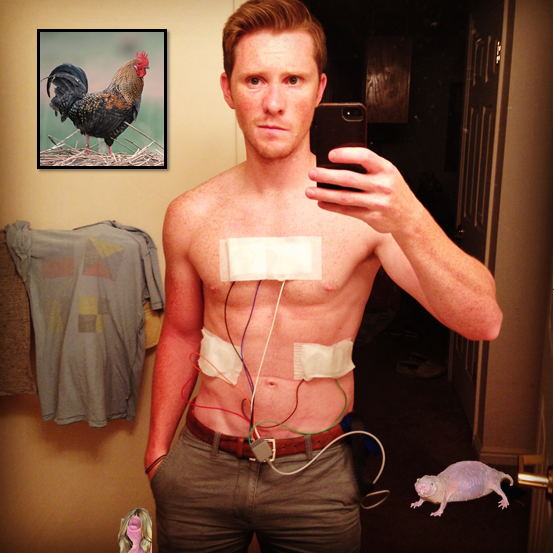 Last week I went to the hospital for one of my heart tests. I wanted the ambulance to come pick me up and take me there because, I'm sorry, but 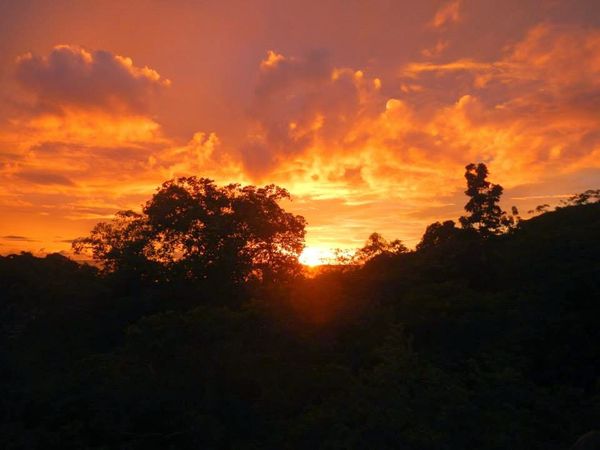 The date sort of crept up on me. It seems odd, but it's true, that I left Palau, the Land of Coconuts, one year ago. Gosh I've thought a lot