Each year when I sit down to write the New Year wrap-up post, I begin the process by reviewing what I wrote the year before. It gets me in the mood to reflect. And it's always fascinating to me to review the emotions I expressed the prior year.

One of the best things about writing this blog, and writing so regularly, is that it's a really effective way for me to preserve my states of being and to track the evolution that comes with growing up. As I sat and read the 2013 post, the flood of 2013's emotions came back to me.

That was a hard year. In many ways, my very hardest. And when I reached its conclusion, I remember thinking that it was a miracle that I survived it. I know those words sound dramatic. But for me, at that time, they didn't even begin to capture how torn apart my soul felt after everything I had experienced in Palau and its aftermath.

I knew that 2014 was going to be a different story. It had to be. Because I felt like I began it at rock bottom. And true rock bottom is a firm boundary, comforting in its limits that at least appear to mean that things can't get worse.

Of course, I wasn't really at true rock bottom. Things can always be worse. But when you're really struggling, concepts of relative pain quickly become incomprehensible. Pain is pain. And the lowest you've ever been becomes the newest rock bottom, because it's the worst you've known.

In 2014 I saw someone try on dresses in Mexico. I acted like an idiot while camping. I had two overnight guests turn into roommates. I went to a drive-in movie. I threw up at an acquaintance's house and hoped she would never find out. I wandered through a war zone. I got into an argument with a judge. I tried to understand someone's depression and did a pretty bad job. I befriended a stranger at Starbucks. I read To Kill a Mockingbird and complained that the movie left some stuff out. I pulled a prank on some girls in a Ukrainian coffee shop. I listened to an announcer explain that the Ironman was cancelled as I stood on the banks of Lake Tahoe in my wet-suit. I cried. I fainted in the bathroom and found out I had an enlarged heart. I biked through vineyards with good company. I attended a women's conference and tried to stay out of the way. I bought a house. I fell in love with a puppy. I stole someone's socks and felt bad about it. I opened up to my family. I sprinted through an airport barefoot in Amsterdam. I tried a couple of cases all by myself and sweated a lot. I lost a toenail. I saw the worst side of a person. I turned 30. I revisited a Ukrainian hospital and all of my emotions on a tenth anniversary. I fell in love twice and out of it once. I shared my life story on a beach in San Diego. I attended a theme park religiously. I got an email from Paul Simon that ended up being a lie. I finished a triathlon for the first time. I saw Warren Jeffs's house. I threw weekly Survivor parties for two very different groups. I fled Vegas with new friends. I embarrassed someone around a campfire. He deserved it. I went on an Easter egg hunt in my apartment. I found amazing Mexican food in the middle of nowhere. I was a shoulder to cry on. I was taken advantage of. I shed tears in a food court. I fell asleep at the gym after working through the night.

And what did I learn?

It was a year of shake ups. A year where people I cared about greatly surprised me. Sometimes these were in great ways. In a few instances, they were absolutely terrible. And as a result of some of those surprises, the way I develop relationships with others in the future will probably be a little different.

These are growing pains. At least, that's what people call heartache when there's not much you can do about it. Labels like these are supposed to sooth us into the relief that the hurt we feel isn't novel. It's not unprecedented for humanity. It isn't even unexpected. It's all part of the game. A necessary part, probably.

When we look back over the year, or decade, or our whole lives, we wax nostalgic. We say things like, "I wouldn't trade the lessons for anything." But in the lesson-learning moments, meh. Sometimes we would trade the experience for, well, anything. And I don't know who's right. Is it the past version of myself who feels the pain or the later version who only remembers it? It's easy to assume that the present version of yourself knows better than any version that came before. But try telling someone who is suffering tragedy now that what they are experiencing is totally a good thing.

If they'll listen, the only power that will get them to believe what you say is hope. Because a promise that the tragedy isn't unprecedented, or unexpected, and is maybe even necessary, doesn't take the sting away. It just helps you believe that the sting might go away later, and be replaced by something a little more pleasant.

Hope is just the prologue to gratitude. It's good fortune that hasn't yet been fertilized by time and perseverance. It's the optimistic simile of platitude. I say "optimistic" because unlike platitudes, hope has teeth.

It was another strange year in the middle of strange life. One I get to share with you. And I'll be happy to move onto the next where we can laugh and cry together as It Just Gets Stranger, just like it always does and just like we always do. 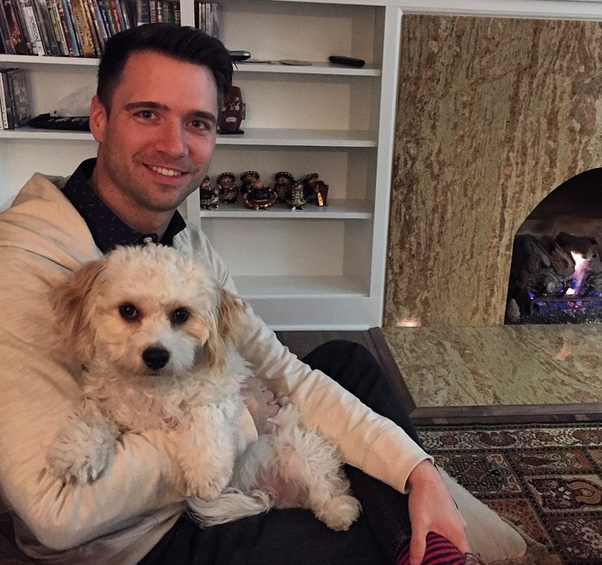 Happy New Year, one and all. Because the magic of the season made us lose track of reality, like it always does (see this [https://www.itjustgetsstranger.com/2013/01/

I think my house was initially built with horse and buggy in mind. At least, that's the only way I can explain the driveway. It's exceedingly narrow, and I don't really know why because there is definitely room on one side to expand a