Recently I went to prison.

I realize that it's a little bit misleading to not include the article "the" before prison. Because when you put the word "the" in there, it means that you were just visiting. Probably innocently. But without it, it sounds like I'm a hardened criminal whose life choices finally caught up to him.

But I'm not a hardened criminal. And my life choices have not caught up to me yet. Unless you consider the fact that I'm 30, unmarried, and have yet to give Bob and Cathie a dozen or so new grandchildren they relentlessly demand on a semi-weekly basis. In which case, I guess they have caught up to me.

But I haven't had to go to prison for the crimes of my youth because the exhaustive list of those crimes includes having a bowl cut for the better part of four years. And they just don't usually prosecute that sort of thing because resources.

I've been working on this case for a while that required me to go to the prison for a deposition. For those unfamiliar, a deposition is where a bunch of attorneys sit around a table and take turns asking a witness eight hours worth of mind-numbingly boring questions while someone in the corner types every word that anyone says. While occasionally somewhat interesting for a hot second, it is usually the most atrociously dull experience of any person's life. This includes, even, people who have sat all the way through the film "The Horse Whisperer."

The witness we needed to depose was a prisoner and so the only way we could conduct the deposition was within the walls of the state penitentiary.

I'm not ashamed to admit that my thoughts that day were narrated in my head by the woman from Serial. Also, I prepared myself for the disappointing fact that this prison probably wasn't going to look a thing like Azkaban.

We showed up and went through the complicated process of obtaining all of the necessary security clearance. The prison was incredibly strict about what we were able to bring inside, which was annoying because I was so excited to show everyone my new crossbow.

We had to sign a bunch of documents basically promising that we wouldn't stuff all of the inmates of Utah into the trunks of our cars and drive away. And then they took us through several security gates, each of which would close behind us before the next one could open.

And then, finally, we made it into the center of the prison.

They had given us these special visitor badges that we were strictly lectured to wear during the entirety of our stay. The consequences for taking off or losing the badge were never thoroughly explained to us but Ms. Thang at the front desk didn't look like she was in the mood to mess around so I just took the badge, clipped it to my suit, and said "please" and "thank you," just like Bob and Cathie taught me.

The deposition was uneventful. Productive, but not particularly exciting. It went on for many hours. Hours and hours. It felt like days. And we took no breaks because it was very important that we got through everything we needed to cover so we wouldn't have to come back another day and do the whole song and dance again, assuming the prison would even let us come back.

Sometime around mid-day, it hit me. I had to pee.

You guys. I swear to you it was like a scene straight from that commercial where they sing "gotta go gotta go gotta go right now." You know which one I'm talking about. And that jury member is squirming in her seat and then she jumps up and runs out of the courtroom and the judge is like "WHAT THE HELL" with his facial expression. And then she takes a pill or inserts a catheter or starts wearing Depends or whatever the commercial is for and the singer is all "and I doooooon't have to go right now."

Anyway, I was all of those people in the commercial. Except I didn't have nearly enough sass or courage to hold up a sign telling everybody I had to go right then so instead I just quietly squirmed in my seat. But I tried to make it look like I was just attempting to get comfortable. Every two seconds. For three hours.

I'm not kidding you. This went on for another three hours. Someone please explain to me why you can only ever hear the ticking of a clock when you want time to go faster.

The ticking of the clock in that room was deafening. I think it might be the new loudest sound in the history of the world. It caused earthquakes this morning in China. The Pope said it was a sign of the times. It's one of the few man-made things you can see from space.

In a normal deposition I would have been pretty timid and would be shy enough to not ask for a break to use the bathroom for a little while. But eventually my need for relief would take over and I would even tell everyone I had diarrhea if I had to. In this situation, however, I was already really freaked out about being in the prison and breaking some rule that would land me there permanently so I just kept holding it.

Prison is an incredibly depressing place. It's dark. There are bars on every door. Everybody seems super pissed off. They don't have a Cafe Rio. Etc.

I did not want to do anything wrong within those walls.

Finally, 147 hours later, I heard someone say "that concludes this deposition." The camera was turned off, homegirl stopped typing, and everyone started standing up.

I saw a bathroom not too far away and I decided it would be appropriate to dart for it. And that's what I did. I walked as fast as my pained-body could go. Somehow I got to the door in a matter of seconds even though I walked on my heels and didn't bend my legs at any joint.

I opened the door a little harder than I needed to.

I briskly stepped in.

I approached the toilet.

I peed. I peed for what must have been a solid 28 minutes.

The last of the trickling concluded. Relief. Happiness. Joy. The most joy that has probably ever been felt within those prison walls. And then . . . despair.

As I reached my arm over to flush the toilet, someway, somehow, my badge was knocked loose. I watched it flipping over itself in the air. The event played out in slow motion. My whole body vibrated at the beat of my booming slowed heart. My eyelids receded into the back of my head. My lips began forming the "sh" sound, the start of a word I don't want Cathie to know I sometimes say.

It toppled downward. There was nothing I could do. Three failed years of embarrassing myself and bringing dishonor to my family in the Jr. Jazz basketball league in the '90s taught me only one thing: Eli does not have sufficient coordination or reflexes to succeed in life.

But I tried anyway. I cupped both hands out in front of me. I was far too late. And I knew it was so as I heard the badge splash into the urine-filled toilet bowl.

My life was over.

I didn't know what to do. I couldn't leave the bathroom without my badge. I was certain I would be immediately arrested. And even if I wasn't immediately arrested, I was terrified of telling Ms. Thang at the front what had happened and far too embarrassed to tell the other attorneys.

I stood in there, staring down at the badge that was half floating in the yellow water. I stood there, wishing that I had at least hydrated better that day. Then I scolded myself for wishing for that when I should be wishing that I didn't drop it in the first place. Then I realized that obviously I should wish for unlimited wishes. And burritos.

Finally, I made an executive decision. I took a pen out of my pocket, hunched over the toilet, and began the five-minute process of attempting to retrieve the badge and without getting pee on my hands. Spoiler alert: I eventually succeeded at the first part of that task but wasn't so lucky with the second.

I ran it under water, along with both of my hands, bouncing back-and-forth from foot to foot, quietly mouthing "ewwwwwwwww" the whole time.

I felt a sense of guilt when I turned the badge back in a moment later without telling anyone what happened.

Then on the entire drive home I couldn't help but wonder how many people have given me things, without warning, that they've dropped into the toilet.

I need to stop chewing on my pens. 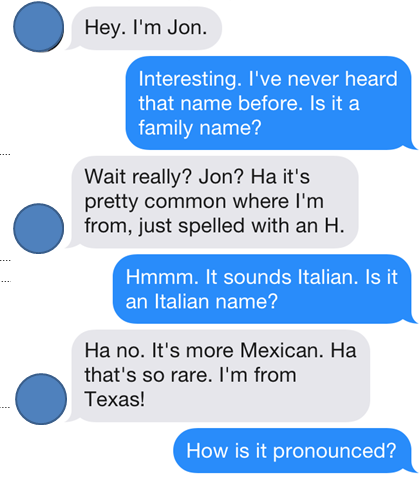 I'm not totally sure whether what the kids are calling "the Tinder" is still a popular thing among the kids. I know it was a year ago, and I'm told 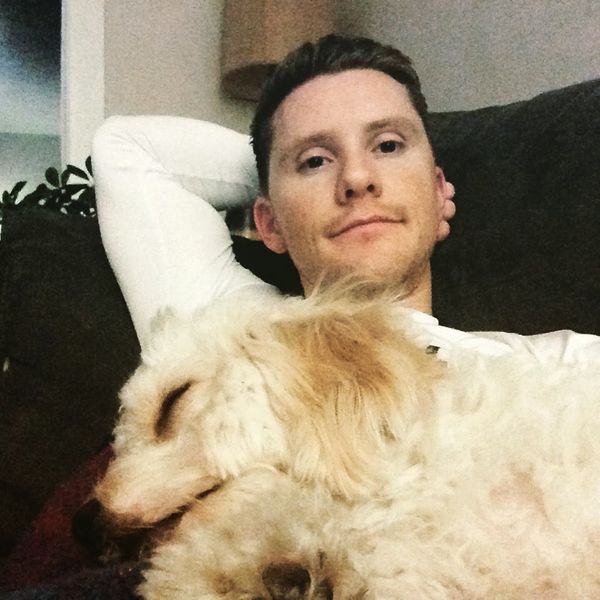 Grateful it's Friday around here. It was a long and hard week for me. I almost entered the Witness Protection Program on Tuesday just to get out of my job.