The last time I wrote to you I had just pulled into the office late at night, again. I rolled in on Thursday evening sometime around 10:30 and began working on a project that I needed to try to get done by the time my meetings started midday Friday. What proceeded was one of the longest nights I've had in years.

Every hour or so I would get up and make a quick lap around the hallway to try to get the blood flowing. It was creepy and quiet and if anyone out there is interested in murdering me that was seriously your best opportunity to do so and you blew it.

By the time my colleagues started showing up, I had been working for 8 or 9 hours straight. I was beyond exhausted, having pulled this all-nighter at the end of a very long week.


I had some meetings in the afternoon that I frantically tried to prepare for. Once those were completed and the workday came to a close, it was with great relief that I started packing up my things to head home.

And then I remembered that I had an appointment I needed to go to. An eye appointment.

Let me take a slight detour to introduce an important character to you whom you should know for purposes of understanding this story. Her name is Brianne, and she is the most phenomenal, wonderful, brilliant assistant that anyone could ever hope for.

For about my first ten months at the firm I was mostly afraid of Brianne because she carries with her at all times enough sass to power the western United States. Someway, somehow, we got used to each other and ultimately became good friends. And not a day goes by at my job when I'm not exceedingly grateful that she exists.

A few weeks ago we were at a dinner. Brianne was sitting next to me.

Brianne: Do you have tape on your glasses?

Eli: Because they're broken, so I taped them back together.

Brianne: Oh. Did they break recently?

Eli: Yes. Well. A couple of years ago.

Brianne: Why don't you just get new ones?

Eli: Because I got peer-pressured into transitional lenses so these lenses are social suicide and I can't see very well with these glasses anymore anyway so I think I need a new prescription.

Brianne: So go see an eye doctor and get a new prescription.

The very next day I saw an appointment pop up on my calendar and then my phone rang.

Brianne: You have an eye appointment in three weeks.

Eli: WHY IS EVERYTHING HAPPENING SO FAST!?

Brianne: Just be a big boy. Maybe they'll give you a toy at the end.

I have to admit that the potential for a toy was enticing. So I stopped complaining and put the appointment out of my mind.

Weeks went by, and oh what perfect timing. The wretched appointment came at the end of a long week of sleep-deprivation.

I went to the eye appointment. They did all of the usual nonsensical things. They made me read letters on the wall to test my literacy. They put pieces of glass up to my eye and asked me if I could see through them. They poured acid directly into my pupils for reasons I will never understand and which acid prevented me from seeing anything for the remainder of 2015. And then they sent me into a waiting room to sit until the actual doctor was ready to see me.

This was confusing because I thought Miss Thang, who had done all of the things mentioned above, was the actual doctor. But she apparently was not. And now I'm really regretting showing her all of those moles and taking my pants off.

The actual doctor must be the most insanely busy human being on the planet because I waited in that waiting room for an actual eternity. I took several meals while sitting in there. An entire election season ran through its cycle. I went through puberty. TWICE. All while waiting in that waiting room.

And then, finally, I fell asleep. In my suit, in a chair, eyes shut, full on REM cycle with accompanying dreams about Mr. Ollie Pants frolicking through a field of daffodils with me. I was out cold. They should have called for an ambulance because of how asleep I was in that moment.

I don't know why this was my reaction. I wish I understood because then maybe I could do something to stop this from ever EVER happening again. But when Miss Thang came to wake me up to tell me that the actual doctor was finally ready to see me, something happened.

It must have been a combination of total fatigue and the stress of being at a doctor's office and the disorientation of waking up in an unfamiliar place, but when she shook my arm my consciousness was thrust back into the living world and I SCREAMED: "GET OUT OF MY HOUSE!!!"

You guys. I SCREAMED this. Not just a yell. Not a voice raise. I absolutely, 100%, screeching voice, screamed this demand. Glass shattered in five neighboring counties. Birds dropped dead out of the air. The government is now testing my voice for science.

Miss Thang was more than startled. She jumped back, her eyes wide open, and her mouth half-gaping. And the really odd thing was that it took a very unreasonable amount of time for me to realize that what had just happened was an inappropriate reaction. Like, for several seconds, I still thought there was an intruder in my house who needed to be told off.

And then reality set in. And I began speaking the longest run-on sentence that has ever been spoken. In a completely disorganized manner, I told everyone in that waiting room, who were all staring at me, that I was tired and that I had been up all night and I thought someone had just broken into my house and I'm nervous to be at the eye doctor and I couldn't see anything because of the eye acid. My rant went on and on.

I heard people start laughing. Miss Thang touched my shoulder and said, "we should have just given you bed, son."

I apologized profusely. I way over apologized. I insisted that Miss Thang come to my house so I could prove to her that she was actually quite welcome there. She didn't necessarily decline the offer. But she didn't really accept it either.

Is it illegal to yell in a doctor's office? 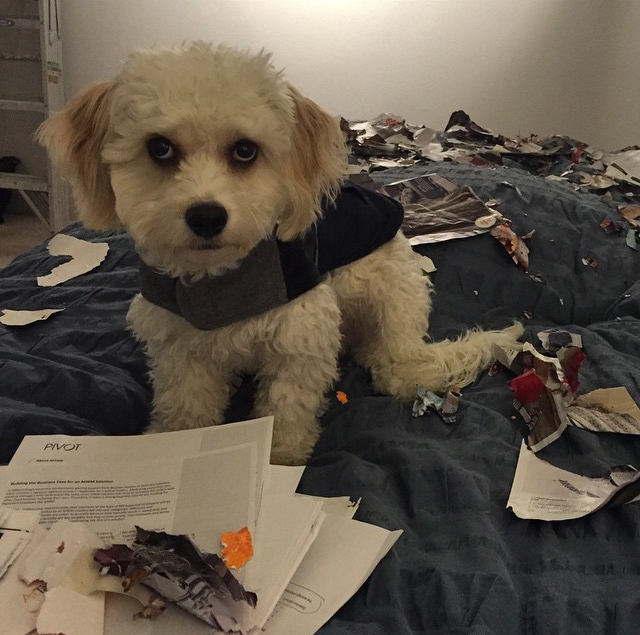 Matt: Here Ollie! You want some!? Eli: Stop right there, sir. I've been meaning to talk to you about this. Matt: Talk to me about what? Eli: About your habit 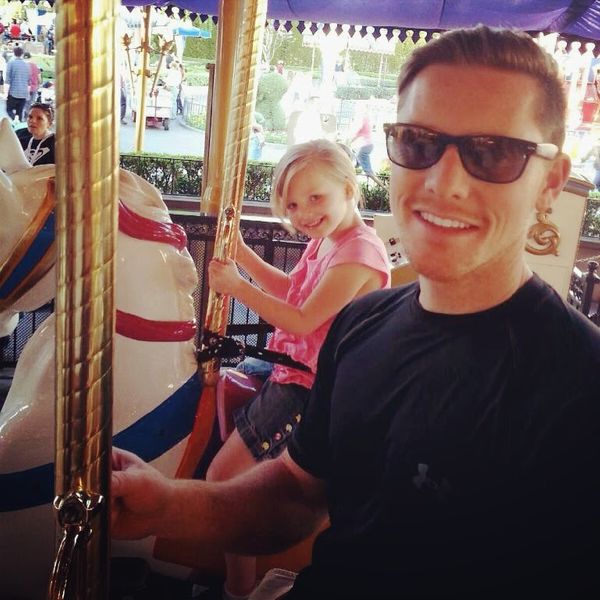 Alas, we have made it to the end of the week. Somehow. And somehow, again, I just rolled into my office at 11:00 PM for a full night of