I write to you now from somewhere over the Atlantic because, in a foolish daze a few weeks ago and at 2:00 AM from my office, I decided it would be a good idea to schedule an exhausting international trip for the day after the St. George Half Ironman. I'll touch base as I travel, assuming that I'm not locked up abroad or kidnapped and forced to work in a factory because according to Chase Bank, who refused to place a travel alert on my debit card minutes before I left for the airport, at least two of the countries I'm going to are on the "unsafe list."
NOT THAT I WOULD DO ANYTHING UNSAFE, CATHIE.
But about that race . . .
Rebecca and I made our way south to the St. George Half Ironman on Friday morning quite early, at a time when, according to Rebecca, “ARE YOU KIDDING ME?! IT SHOULD BE ILLEGAL TO BE AWAKE RIGHT NOW!”
Contrary to my expectations, she was not cranky on the drive. But she did talk at me in one continuous breath, including a four-hour run-on sentence, until we pulled into the hot but beautiful southern Utah desert city.

Let me be clear, because this is important: St. George Utah is where Hell creates its fire and brimstone. I am not kidding about this. It is the hottest place in the history of places in the history of the universe in the history of twice up the barrel once down the side. It is so hot all of the time always there that they could use it to heat every home in the western hemisphere for the rest of all time. The only reason they haven’t figured out how to do this yet is because it is so hot in St. George that nobody can leave their houses to make this very possible thing happen.
Unfortunately, it is apparently illegal to grow trees in St. George Utah. I do not understand this. I do not understand why the government has outlawed trees. THIS PLACE NEEDS TREES. You guys. John Denver would not be happy if he knew about this. After doing a race down there this weekend in the world’s furnace with nary a tree in sight, I just have to say that if President Obama does not declare St. George to be in a state of emergency by the end of his term, well then I GUESS HE WASN’T A VERY GOOD PRESIDENT.
The race began bright and early. There were somewhere around 2,500 people competing and because of this, they had us start in waves of 100 or so, spaced three minutes apart. The waves were assigned by age and gender. For example, I was placed in the male 30-34 group.
I’ll preface this next part by saying that the people who put on the St. George Half Ironman overall have done a phenomenal job this year and last year and I would recommend this race to anyone crazy enough to do these terrible and torturous things. But, for reasons I don’t think I will ever understand, the race organizers seemed to schedule the waves at random so that some older groups went right before younger groups. From my perspective, this was a TERRIBLE idea. Before too long, a mass collision occurred way out in the lake. People were swimming over the top of other people. I saw many terrified-looking baby boomers gasping for air. Every time I ran into someone who is about my parents’ age, I felt like I was being really disrespectful and Bob and Cathie were going to make me write an apology letter after the race. Because they used to do that sort of thing when I was child.
There are only two kinds of adults in this world: Adults I wrote an apology letter to in the ‘90s and adults I never encountered in the ‘90s.
But alas, after many inter-generational scuffles, I emerged from the water, a bit faster than I had expected, and elated to be alive. Which is the feeling I have after every single time I swim anywhere for any amount of time whatsoever.
I raced through transition in my underwear, even though SLUTTY, mounted Paul Cyclemon, and rode on.
The 56-mile bike course was exceedingly difficult. And hot. Every once in a while I thought I smelled barbecue and then realized it was me.
After a few hours and a great amount of effort, I rushed through the second transition, pulled on my running shoes, and ventured off to the half marathon run. By this point the Earth was colliding with the sun. There have been nuclear bombs detonated that have radiated less energy than the red rock we ran through. The heat in St. George on Saturday caused a volcano to erupt in China.
Every chance I got, I poured ice water over my head and (NSFW!) down my shorts. Nothing mattered to me during that run except for finding some way to cool down. I even stopped caring about Tami for a few minutes. There will be HELL to pay later for this.
The run lasted for an eternity. And it was incredibly difficult.
Thankfully, the volunteer support staff was unbelievable for this race. There were thousands of people lining the road with signs and sustenance, cheering and screaming and encouraging and holding up inspirational signs and somewhere around 200 times it got super dusty in here and SOMEONE MUST BE CUTTING ONIONS OK!?

If those people are not awarded the Presidential Medal of Freedom for their efforts, THEN I GUESS THIS ISN'T EVEN AMERICA ANYMORE.
As a bonus for me, several of you, some competing and some spectating, made sure to say hello and remind me who I’m doing this all for (Trixy). At a crucial time, one police officer woman at mile 11 yelled out to me that my hair was looking amazing. And I knew it was, because, well, duh. But it was helpful to have someone remind me of that and it honestly gave me a big energy boost for the final two miles.
And now that I think about it, I’m not totally sure that that was a police officer. I think she was wearing a uniform of some kind. But I was kind of delirious by that point. I might have made up the uniform part. And the woman part. And the person part. Maybe I didn’t even go to St. George. Suddenly I don’t know what’s real anymore.
Oh my gosh. What if that was Oprah?! You guys! IT MIGHT HAVE BEEN OPRAH! AND PAUL SIMON! OH MY GOSH WHAT IF PAUL SIMON?!?!
Police officer (?) woman (?) who told me my hair looked good at mile 11 (?) and might be Oprah/Paul Simon (?), care to chime in on this? If you really do exist and really are a police officer, I need to talk to you about the tree prohibition in your great city.
Eventually I crossed the finish line, 5 hours and 32 minutes after beginning the race. I was ecstatic and proud of the efforts and results.
Bob and Cathie were there and so were all three of my sisters and one niece. I have insufficient words to tell you how much that incredible family of mine means to me and how grateful I am for their boundless support of every ridiculous mess I get myself involved in. I know it’s a cliché thing to say, but I truly mean it when I tell you that I don’t think I deserve them. And I think they deserve a much better son and brother than they got. At least one who swears a lot less and bakes an edible pie for Thanksgiving. But I got them and they got me so I’ll do my best to never stop being grateful that things happened to work out that way.
We escaped the heat of St. George Utah on Sunday morning, a new bounce in my step, and permanent marker stains on my arms and legs from the pre-race body marking.
Next stop, Ironman Boulder. The ultimate goal. The race will be twice as long and, I’m praying, half as hot. 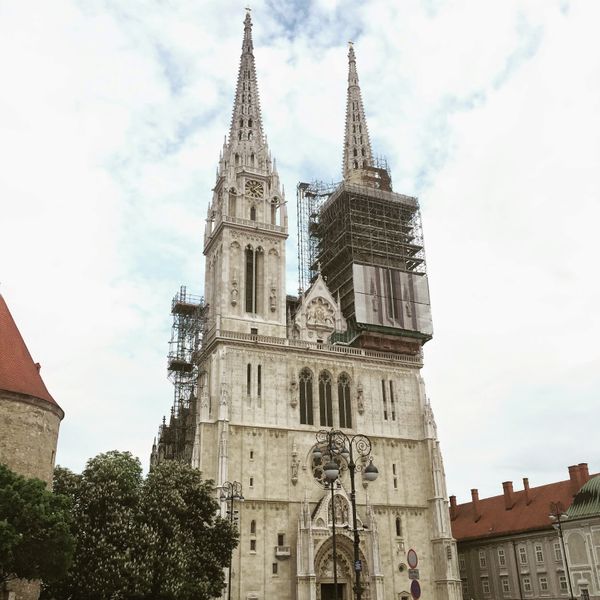 About 12 seconds after crossing the finish line of the Half Ironman, Rebecca and I frantically raced the four hours to Salt Lake City so I could pack my things 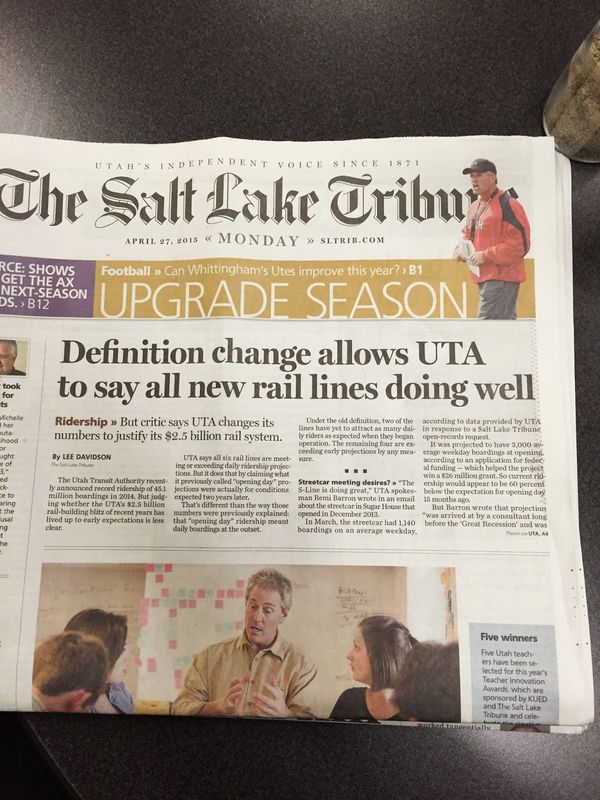 A very long week now comes to a close. I'm a few hours away from boarding my vehicle with Ms. Rebecca to make my way south for the St. George