One quick word: Halloween is the last day we can all vote for Jolyn to get the grant for her kindergarten class. Apparently she is on the cusp of winning this thing. Please take a second and go to this link, search for "Metro," and vote for Jolyn.

Several years ago I lived briefly with my Uncle Will. This was during one of my law school summers. Will had an old house very similar to mine and only a block from where I live now. Much of my life today feels like a constant deja vu because of this. Really the only difference is that I might go through puberty this time.

Back then, Will had a very close Colombian friend named Herminda who was like 65 or 70 years old (I never was sure), and who spoke exactly zero English words. Will hired Herminda to clean his home every couple of weeks because she needed some work and because he wanted to live like the upstairs people in Downton Abbey.

I was the unwitting beneficiary of this arrangement, and although Herminda and I were completely unable to communicate with one another, I found that Herminda Day was easily my favorite day of the week.

That summer I was coauthoring a series of articles on digital contracts with one of my law school professors, Cheryl. These articles were so boring that we are probably on several terrorist watch lists now.

Cheryl lived in another town about 20 minutes away from Salt Lake City. I would drive to her house a few times each week to work with her at her home.


One day, while sitting in Cheryl's home office, Herminda walked into the room. The two of us locked eyes, said zero words, and then Herminda slowly backed out of the room like she had just seen a ghost.

The mystery was solved a few minutes later when Cheryl confirmed that Herminda had been cleaning her home periodically for several years. As it turned out, Herminda supplemented her income by cleaning exactly two houses: the one I lived in, and the one I worked in.

I need you to understand how strange and coincidental this was. My uncle and Cheryl were connected to one another in no way. They never even met each other. They didn't even live in the same city. They each met Herminda through completely different means.

I began right then hypothesizing a number of theories, including that

1. Herminda was a CIA agent and I was under investigation;

2. My life was the Truman Show and budget cuts meant that extras were sparse;

3. God got bored, set this up, and waited to see how long it would take for us to make the connection; or

4. Herminda was stalking me because of my hair.

Obviously it was the last one.
Fast forward several years.
Uncle Will moved to southern California. Cheryl retired. Herminda no longer cleaned either of their homes.
Will started calling me at the end of 2015, asking me to consider hiring Herminda to clean my house every once in a while because he knew she needed some work and because he felt guilty and personally responsible for finding her work. And Mormon guilt is actually more powerful than Catholic guilt, partly because it doesn't get washed away with alcohol.
I immediately declined the offer because I felt weird about it and Bob and Cathie are basically Ron Swanson and so raised me with the life philosophy that one should never pay another person to do something that one could do oneself. This is why Bob and Cathie spent a good portion of the 80s and 90s grinding their own wheat.
I know I've mentioned this to you before. The wheat thing. But I think you guys don't believe me. I need you to understand that Bob and Cathie legitimately ground their own wheat when I was a child.
If Bob and Cathie found out that I was paying someone to clean my home, they would be rolling in their graves. If they were dead.
But after some time, I started to rethink my initial answer. For one thing, I adore Herminda and if she needs work and I can give that work to her, why wouldn't I do that? Also, the beginning of 2016 was a very stressful time for me during which I was basically living at the office, so having some help at home would have been incredibly valuable.
So I caved. And beginning in January of this year, Herminda has been coming to my house every couple of weeks to judge me for how disgusting the inside of my refrigerator is and to put things in places that I will never find.
In my family, we call this phenomenon "getting Herminda'd." It means that, for example, a spatula will disappear and then three weeks later I'll find it on a hanger in the guest bedroom closet.
Despite this actually-very-minor-inconvenience-that-I-appreciate-anyway-because-I-love-the-stories, hiring Herminda has been one of my life's best decisions. Because ohmygosh my house is so clean now.
Also, this conversation happens every two weeks:
Herminda: Hola!
Eli: Hola, Herminda!
Herminda: Como estas?
Eli: Bien! I tu?
Herminda: Bien! Blah blah blah blah escuala blah blah blah queso blah blah blah lunes blah blah blah trabajo.
Eli: Si. Me gusta queso.
Herminda: Como?
Eli: Uh . . . pantalones . . . uh . . . uno . . . uh . . . Shakira.
Herminda: Ok . . . you . . . uh . . . go . . . uh . . . work now?
Eli: Si! I go work now! Bye bye ADIOS CIAO!
And then I get into the car and say out loud, "my Spanish is getting so good."
So, now you've met Herminda.
Also, please enjoy this week's Strangerville Short, featuring original poems from the Strangerville staff: 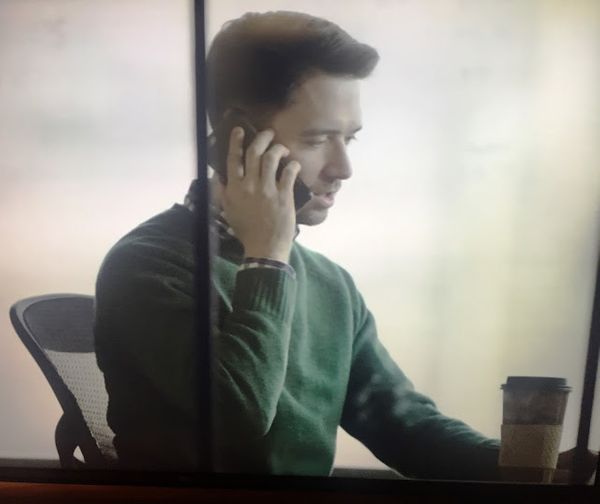 It was Survivor night, so the usual crew gathered in my home. I flipped on the TV. There we were, minding our own business, like good Christians/Jews/Muslims/Americans/

This week on Strangerville Shorts, Eli and Jolyn read some of the poetry they’ve written over the years and discuss some very heavy topics. http://traffic.libsyn.com/strangerville/Short_Poems.mp3