If you've been reading Stranger for a while, these might be your general impressions about the people of Stranger:

Bob and Cathie: Hippies who don't want their children to be exposed to any form of indecency.

Matt: Knows how to do everything and speaks to his family in such a strong southern accent that he's technically bilingual.

Herminda: Bravely forges on after being exposed to repeated accidental nudity.

Skylar: Completely unaware of anything that happened prior to 2011.

Skylar graduated from Boston College about five years ago and since then he's been working for a medical software company doing a job that when he talks about it I usually just nod and say things like "you don't say!" as circus music loudly plays inside my head.

Last year he decided that he wanted to go to medical school because I guess he hasn't thought about blood and poop and vomit. So he started preparing to apply.

This is what I've learned from watching him go through this process: medical school applications are a true form of torture. The only experience I previously had with grad school applications was applying to law school in 2007 OMG WE ARE GETTING SO OLD.

The law school application process is exactly this: take the LSAT, write a three-page personal statement that will be read by nobody, submit it to a website, check all of the boxes for schools you want to apply to, pay a nominal fee, wait for the school to look at your LSAT score and basically nothing more and then send you a letter saying whether you got in.

Setting the LSAT aside, I seriously think I spent less than three hours total researching and applying to law schools. Then I got the responses and waited until the last possible day to decide where to go, which required me to mail one letter where I literally had to just check a box that said "yes."

Law school itself was a royal nightmare. But the application process was misleadingly simple.

On the other hand, this is the medical school application process (from an outsider's perspective): take eleventy billion science classes as an undergrad, take a much more miserable test called the MCAT, do literally hundreds of hours of relevant job shadowing, research, and volunteer work, write twelve trillion essays, pay 100 billion dollars, AND THEN just HOPE that the schools will decide to interview you, at which point you have to fly all over the entire world to attend day-long face-to-face meetings THAT STILL might not result in you getting into medical school.

Watching this has produced two contradicting responses from me: WHY THE HELL ARE THEY MAKING THIS SO HARD and I'M SO GLAD THEY MAKE IT SO HARD FOR PEOPLE TO BE DOCTORS.

Pretty much from the beginning Skylar repeatedly told us that getting into medical school is very difficult and that he believed there was a very good chance he wouldn't make it. And during the entire eleventy trillion hours he studied for the MCAT, he repeatedly informed all of us that he was probably going to "fail" the test.

So I legit thought he wasn't going to do very well. Of course I was always like "OMG YOU ARE SO AWESOME YOU WILL WIN EVERYTHING" but in the back of my mind I was like "I hope you have a backup plan."

Then he took the test and the second it was over he called every single person in America and told all of us that it probably didn't go that well but at least he tried.

I tried telling him that even if the MCAT didn't go well, he still seemed like a great candidate. He's had interesting and relevant work experience, he's a charismatic person, and he has a very inspiring life story full of sad adversity and personal struggle and yadda yadda yadda and grad schools eat that crap up. But every time I said these things to him he just shook his head at me and told me to talk about something else because compliments are uncomfortable. This actually did make me wonder if he has what it takes to be a doctor considering that he doesn't have the insane ego that often goes with the profession (BURNNNNNN. Also, and don't even get me started on lawyers).

Then. After all of the "I failed the MCAT" business. Finally. FINALLY. He got his score. It was high. So high that he basically broke the whole system. He ended up in the 98th percentile. He literally almost could not have scored higher.

I already knew he was smart because one time we both tried to quietly read a long paragraph at the same time and he finished it with perfect comprehension as I was still silently mouthing words in the first sentence. But I didn't know he was 98th-percentile-of-already-super-bright-people smart.

Because of the above experience, pretty much all of us have stopped listening to him when he says that getting in to medical school is a "long shot" and that "well even with a good MCAT score it will still be an uphill battle to get in because I've never performed open-heart surgery on anyone without direct supervision," and "I knew one woman who had a perfect resume and actually invented medicine itself and she didn't even get in anywhere."

Skylar has been sending me and a few others drafts of the billions of essays he's been having to write for all of his applications, seeking general feedback. So in a way, I sort of feel like I'm applying to medical school. Because of this, I wasn't surprised when last night he texted me and said that he filled out his secondary application materials for the University of Utah and wondered if I could go and proof read them for him.

It was late when I got this text and so I opted not to check it right then because I was worried that in my fatigue I might click a wrong button and accidentally submit his application and attach one of the 70 photos I've recently texted to Matt of a rash I have.

So I woke up this morning and Mr. Doodle and I sat down at the computer, opened the application, and began a 20-minute process of attempting to navigate what seemed like a very complicated system.

Y'all. I don't know what happened. I'm a relatively competent human. But I could not for the life of me figure out how to access the application materials. And after 20 minutes I clicked a button that seemed harmless but then something popped up and said "congratulations! You have submitted your application. No other changes may be made."

My next google search was "witness protection program eligibility."

He finally did. He hadn't even finished making the "O" sound in "hello" before I yelled "I DON'T KNOW WHAT HAPPENED I'M SORRY IF I RUINED YOUR LIFE!"

As it turns out, that is a really awful thing to have someone say at you.

Skylar pulled himself into a private room and asked me to please explain how I may have ruined his life.

To his eternal credit, he just politely shook his head as I spoke. No yelling. No panic. Just a light head shaking. He may have placed his hand on his forehead at one point, too. I don't know. It's all kind of a blur now. Then he uttered some variation of "after we figure out how to resolve this, we need to have a serious conversation about how we are going to update your understanding of technology to at least 1980."

He called the school and explained what happened and fortunately it was a very easy fix and they weren't at all concerned about it and I apparently didn't ruin anyone's life.

The point is, it is truly amazing that I've never accidentally published embarrassing pictures of myself on Stranger.

You guys:Um . . . British lesbian Presbyterian in the 90s?

Me: I SAID "ACCIDENTALLY." 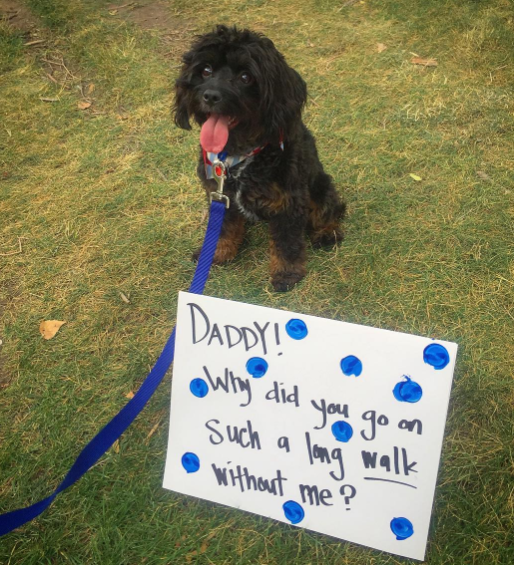 Yesterday was Pioneer Day and Tami's birthday so obviously Tami and I did our favorite activity--the one that brought about her existence--and ran the Pioneer Day marathon. A few things 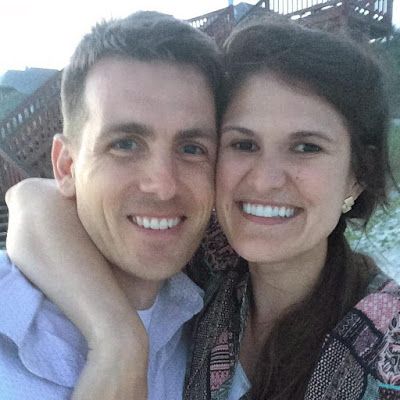 Ring ring Eli: Becky?! Rebecca: I HAVE TRIED TO CALL YOU 27 TIMES! Eli: No. You have tried to call me 2 times. Rebecca: I COULD HAVE BEEN MURDERED! Eli: