I pulled up to my house on Thursday and there was a cop car and a CSI van out front.

2. Pull in, act surprised at whatever they accuse you of doing.

3. Not "act." Of course it would actually be a surprise. You're not a criminal, Eli.

4. Actually, can you go to jail for stealing Netflix from your friend Corey for nine years?

5. Oh, and Hulu Plus. And Amazon Prime. And some food from Lynn's house whenever she goes out of town.

6. No. They wouldn't call the CSI van to the scene of the crime for Netflix.

7. But they often have a firetruck at emergencies even though there's no fire so maybe this is like a firetruck situation.

8. Am I out of string cheese? Should I go get some while I'm in the car?

9. OMG. What if they take Duncan away from me? Can they even do that?

10. I bet The Perfects are watching all of this through their window.

Eventually I pulled in and went inside. There were no authority figures raiding my underwear drawer NOT THAT WE KNOW WHAT UNDERWEAR IS so I found Duncan and took him outside.

I saw a woman with one of those ghostbuster instruments wandering around on the neighbor's property (not The Perfects, but the other side).

I walked to the front yard and saw Mrs. Perfect watering a plant that has only ever existed in their yard and in the Garden of Eden.

Eli: Do you know what's going on at Richard's house?

Mrs. Perfect: I heard that he had a break-in.

Eli: I mean, that's too bad about the break in. I just always get worried when I see the fuzz snooping around because I think that they're here to arrest me NOT THAT I BREAK THE LAW.

Mrs. Perfect was already mostly inside before I even finished that last sentence.

So I texted Lynn, whose house is on the other side of Richard. She showed up 12 seconds later with exactly 100% of the available information, which is why I texted her in the first place.

Lynn: Richard had a break-in today.

Eli: I heard. I'm so relieved.

Lynn: Me too. I just assumed they were coming to arrest me for stealing videos from the library.

Eli: So what did they end up taking?

Lynn: They took two quarters from the kitchen table and drank half a jug of cranberry juice.

Lynn: Oh, and they moved some furniture around.

Eli: So they took 50 cents, drank some cranberry juice, and pushed some furniture around? I wonder if Herminda accidentally went to the wrong house this week.

I got a call from Richard, the homeowner, a couple of hours later. Richard used to be on the news all while I was growing up and he has a scary deep voice so I always think I'm in trouble when he talks to me.

He's in DC for work and rarely comes to Salt Lake City anymore so he's been renting out his house for some time. He told me about the break-in and confirmed the possible UTI outbreak in the area.

Richard: So my renter is freaked out and doesn't want to stay at the house tonight. We think the person may have taken a spare key because we can't find it and I'm worried they might come back tonight. Would you mind parking your car in my driveway so it looks like someone is home?

Eli: So, you're saying nobody is going to be home all evening?

Richard: Right. The house is empty.

Eli: There won't be anyone there?

I then spent the rest of my evening pruning all of Richard's trees in the backyard. 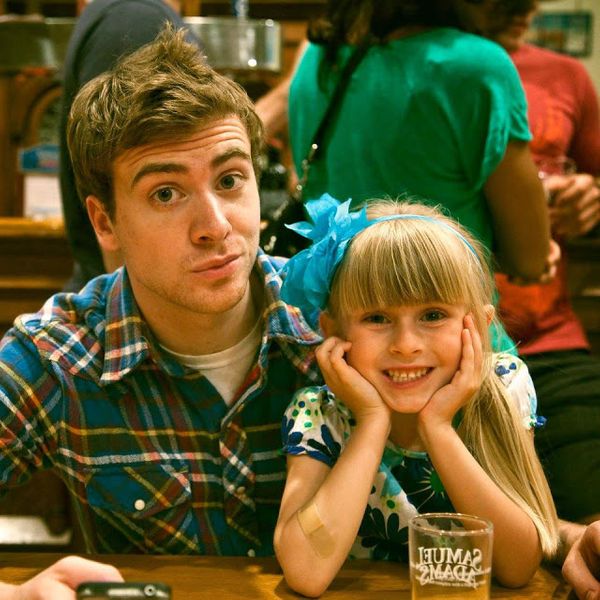 Skylar: That reminds me. Eli: Of what? Skylar: Of that time in the library when that guy tried to change my life. Eli: Ok. You've piqued my interest. Go on. 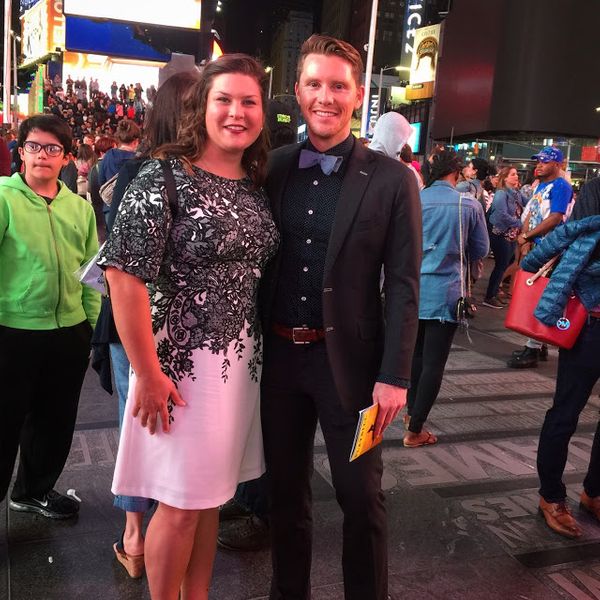 On Saturday I saw Hamilton in the Big Apple. My friend Natalie had invited me to go with her after she scored some tickets by swearing her soul to the