I told you a little while ago about how I hired Mr. Pham to do whatever the hell he wants with my yard. I had given Mr. Pham a vision of what I was looking for, and he didn't seem to hate that vision, although he did yell "NO" at me a few times as I was explaining some details of the vision. Then he took money from me, marched to his truck, and drove away.

Over the next couple of weeks I would come home from work to find Mr. Pham ripping giant bushes out of my yard and hauling away concrete that I didn't even realize I had back there. On two separate occasions The Perfects yelled over to me to ask what Mr. Pham was doing back there. I told them the truth: "whatever the hell he wants."

I had my own problems dealing with the dying grass situation in my front yard, one which Skylar is convinced is evidence of a hate crime. When I asked him what someone might hate about me he just said "EXACTLY" so I'm probably offended.

Finally, I left town for the Half Ironman, wondering when Mr. Pham might be done.


I had my race that Saturday and when I got back to the hotel room, exhausted and sunburned, I picked up my phone and saw that I had 6 missed calls from Mr. Pham.

I was worried that there was an emergency so I quickly called him back. Mr. Pham answered, and then proceeded to speak this entire conversation in the same high-pitched voice one uses to say things like "someone's birthday is coming up!" when hinting to their kids that a surprise awaits.

Eli: No, I'm actually out of town.

He sounded deflated after I said that.

Eli: Did you finish?!

I could barely contain my excitement. I told Mr. Pham that I would call him the moment I got home the next day.

Meg told me recently that her favorite thing is someone who takes pride in their work. If she met Mr. Pham, she would probably fall in love with him and they would ride off into the sunset in a truck full of gardening tools and never be heard from again. Except for when she sends me angry texts about scheduling.

Mr. Pham is so proud of the work he does that five angels get their wings every time he mows a lawn.

And he has earned that. Because I got home from my race and saw that Mr. Pham had turned that swampy, weedy, messy, corner of my backyard from this:

And you guys are probably not sufficiently appreciating the change because the before photo does not do a great job showing you how disgusting this area was. It was full of weeds and dying plants and bushes and remnant concrete pieces to an old dilapidated pond and a surprising amount of rebar. It looked like a construction site in Chernobyl.

Mr. Pham had carefully cut each brick to perfectly fit around the curves. The entire thing was carefully leveled. It looks like it was done by a machine.

I called him and told him I was impressed. He laughed and yelled into the phone. I couldn't understand most of what he said, but he spoke about a thousand miles per second, asking if I noticed various details.

He came back the next day to finish a couple of little things. I brought him to the front yard to show him my hate-crime-grass-seed project, and told him that I was ready to give up on my seeding attempt since it looked so spotty and messy.

He said that he had tried to tell me weeks before that my grass seed wasn't going to work on those hills, but then said "I try to tell you again and again. But sometime I think you no understand me."

Language barrier or not, I love Mr. Pham.

I'm working on getting the place further landscaped and decorated. My mom surprised me on Sunday with another treasure from my Great Grandpa Hinckle. This is his old plow he used for many years.

Skylar and Lynne helped me get some lights up.

Another treasure from my parents:

And a wind thingy from Bob and Cathie.

When I bought my house in 2014, the best advice I got was from my dad who told me that I would feel a constant urge to get every landscaping and home improvement project done but that I shouldn't feel like I needed to get everything done right away.

Three and a half years later, I'm working on a new corner, with many more to come.

This time in Strangerville, Meg is sick of kindergarten and Eli shares an It Just Gets Stranger Story about Ukraine. Story This Is Strange, by Eli McCann http://traffic.libsyn.com/strangerville/Episode_41_This_is_Strange_2.mp3 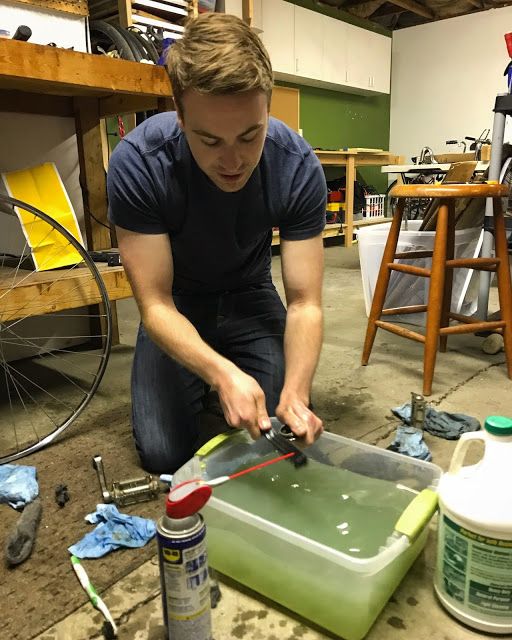 A few years ago I was at Bob and Cathie's house and I saw Bob's 1968 beautiful green road bike in a pile of junk. I asked my parents what