Yesterday was Pioneer Day and Tami's birthday so obviously Tami and I did our favorite activity--the one that brought about her existence--and ran the Pioneer Day marathon.

A few things you should know about this experience:

1. I, Eli Whittletown McCann, have gained nearly 30 pounds since November ("What!? You look so fit and beautiful!" stop it you guys).

2. I signed up for this race a few months ago, thinking that having one on the calendar would, oh, I don't know, motivate me to change my life.

3. There were exactly two pairs of pants left in my house that I was still able to button up. Notice I said "were." On Sunday, a button violently popped off of one of those two pairs when I bent over to pick up a piece of fried chicken that I was 10-second-ruling from the floor STOP JUDGING ME.

4. Be ye warned, oh ye little ones, when you turn 33 you are no longer able to eat and behave however you want and anticipate absolutely zero repercussions.


Considering all of the above, I was less than excited to haul myself 26+ miles in the hot Pioneer Day sun on Monday.

I did actually get kind of freaked out a couple of weeks before the race, enough to start eating this thing they call "the salad," which is where you put plants on a plate and then use a fork to put them inside your mouth. I know. It sounds crazy. But they say this is helpful when you want to wear your existing pants.

There has only ever been one other time in my life when I have experienced noticeable weight gain and that was while I was living in the Land of Coconuts. When Daniel and I moved to Palau we found out that it was SO HOT ALL OF THE TIME ALWAYS and that it got dark every day at 6:00 PM and that there was nothing to do during those long evenings besides bake and eat our feelings.

Within the first few months in Palau, thanks to Daniel Bakery, I gained so much weight that I had to start wearing Daniel's human giant clothing because mine were no longer willing to stretch over my body.

In early 2013 I found out that I was going to have to fly 79 billion miles back to the United States of God Bless America to interview for the job I currently have. The problem: my suits back at home, which were already too snug before I left for Palau, were not going to fit me without dark magic.

So, with six weeks to go before said interview, I had an intervention with myself wherein I bullied my soul into eating kale and otherwise not experiencing happiness. I also asked Daniel not to pick me up from work so I would have to climb the three-mile island mountain in the tropical heat every day to get back to the apartment. I gave him strict instructions to ignore my pleas should I call or text and change my mind.

That conversation was basically this:

Eli: Even if I text you that I'm dying and I need a ride to the hospital, do NOT come pick me up.

Daniel: But what if you actually are dying?

Eli: THEN LET ME DIE!

Daniel: Shouldn't we have a safe word or something?

Eli: No. Because if we have a safe word I will use it literally every day.

Daniel: Don't you have any self control?

Eli: Honey child, how do you think we ended up in this situation in the first place?

Daniel: But what if we agree on a very severe punishment if you abuse the safe word?

Eli: HOW DARE YOU TV HAS BEEN LIKE A FATHER TO ME.

Daniel: Exactly. So that may help you to not abuse the safe word.

Eli: What would the safe word even be?

Eli: It can't be Angela Lansbury because I say that all the time for legitimate reasons.

Daniel: I know. And I'm trying to stop you from doing that.

Daniel: It's noon. You haven't even finished work for the day yet.

Eli: I know! But I just thought about things and I decided that a muumuu is a totally appropriate thing to wear to a job interview.

Daniel: I'm not helping you.

Daniel: Stop texting me. This is costing like 12 trillion dollars.

He had a point. Texting in Palau is the reason I'll never be able to retire. And thanks to his let's-be-honest laziness, he did not pick me up from work for the next several weeks no matter how many times I screamed the word "Leotrix" at him.

*Editor's note, true Stranger historians will find a discrepancy in the timeline here. I'll let you figure that out.

The above worked, and in just a couple of months I lost nearly all of the weight I had gained.

So, getting up at 2 freaking 30 in the morning yesterday to go catch the bus to the starting line of this race, I was not thrilled that I would be packing a little extra Oreo and pie and let's-be-honest-entire-family-size-bag-of-barbecue-chips weight with me on the journey.

The race was misery. Pure and utter hell. There should be a moment of silence for what I went through. I should get at least five honorary doctorates for it. Old ladies should be required to give up their seats on the subway for me.

The good thing was that I had absolutely no expectation that this would not be pure and utter hell. So none of this was a surprise. Every step I took for the four hours and one eternal minute this race took me I heard the following in my head, "AAAAAAHHHHHH. That feels about right."

I finally turned the last corner to find Bob and Cathie, Caitlyn, Skylar, and Mr. Doodle. The latter three had made signs, at least one of which was a bit self-serving.

In what was a very serious lapse in judgment, I had decided some time ago to host a Pioneer Day party in my backyard for 50 of my closest friends, so I then spent the rest of the day hobbling around the house, mowing the lawn, cooking food, and supervising Skylar's back-breaking laborious task of hauling eleventy painfully heavy chairs from Lynne's house.

By the time the party was over, I had been up for nearly 24 hours, I was walking like an elderly man who had been hit by a truck, and my house was a complete disaster.

But I celebrated the HELL out of Pioneer Day. And I didn't text the word Leotrix to a single person. 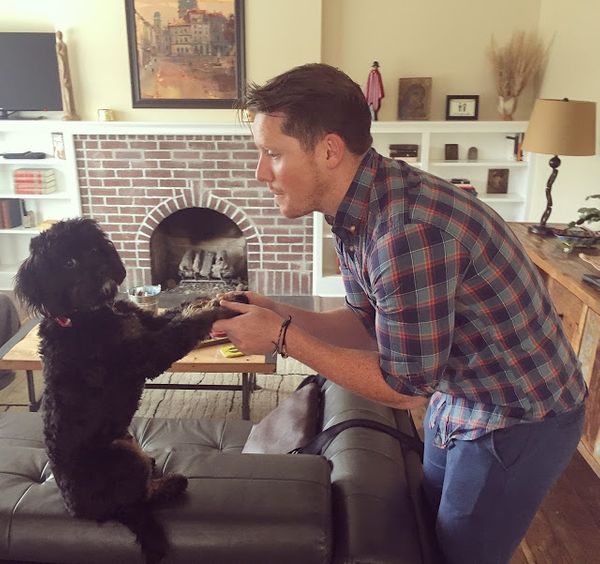 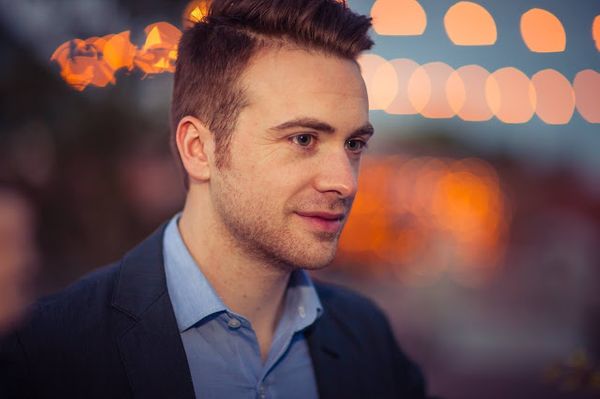 If you've been reading Stranger for a while, these might be your general impressions about the people of Stranger: Bob and Cathie: Hippies who don't want their children to be