A whole bunch of people got up today in my country to vote. A bunch of others already voted days or weeks ago by mailing in their ballots. The ballots were long, and they included names of people some of us have never heard of and categories of offices some of us have only vaguely heard of.

A bunch of people chose to vote even though they are fatigued by a long campaign season that has seen some ugliness and contention and that has made their own personal relationships awkward at times. They chose to vote even though they have something of a bad taste in their mouth as a result of the ugliness and contention and fatigue that didn't have to be.

Some of the people didn't love every choice they felt they needed to choose. Some of them felt empowered in their choice. Some of them skipped categories on the ballot altogether because they just didn't know if they could actually feel good about choosing. But these bunch of people decided to vote anyway.

It means that on a personal level we are honoring the immeasurable sacrifices that made sure we could vote.

It means that we are making a comment for the world to see about what our values are.

It means that on some level we know how to fight for what we believe in, without fighting.

We can't forget how amazing that is.

So today, hug a voter. Hug a voter who is wearing a different color than you. Tell the voter how proud you are of them and you for doing something as wonderful as engaging in this process.

Wish a voter good luck amid your congratulations, and remind one another that when all the dust settles, despite whatever differences, we all share the same desire to engage because we care about one another. And at the end of this day, and at the end of every day, let's try to remember that that's what this is all about: taking advantage of our freedoms to promote causes that we believe will make this world a better place for one another.

Let's be unified in that love and respect and enthusiasm, even if the paths to those things look a little different.

Because whatever ugliness and contention has happened this year, a whole bunch of people decided to vote today. And that's something to celebrate. 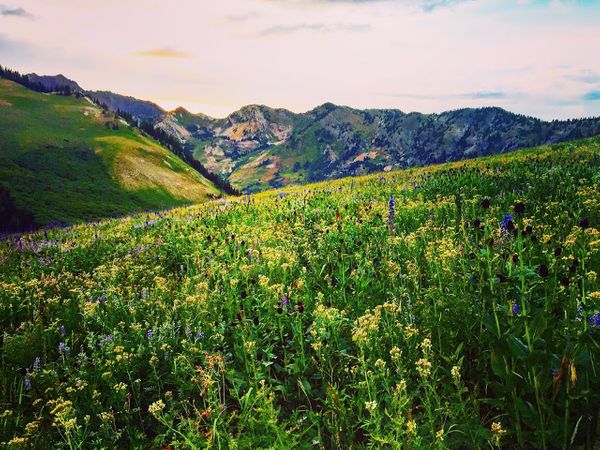 A lot of people were shocked last night when the election results unfolded. There's disappointment in many people today. This disappointment is the most consistent part of American presidential campaigns.