All y'all. I told you, nay whined at you, about how essential oils are ruining my life. Today you get some evidence of it.

We have for you our third Strangerville Live show for your listening pleasure. The audio recording is rough in some places and you can unfortunately hear the screams of about 200 hundred witch doctors upstairs. But the stories are awesome and we don't like that not all of you can come to the shows and hear them so we're going to make you listen to them in your underwear. (Hopefully you are at home).

Also, Meg told me we have to get money or else her children will starve. We basically lived that scene from Sister Act II where Lauren Hill's mom is like "singin' does not put food on the table! GET YOUR MIND IN THOSE BOOKS!"

I made Skylar watch 200 youtube clips of Sister Act II recently when I found out he had never seen it and now his favorite thing to say to me whenever I talk about my hopes and dreams is "there are a lotta people on the streets singin' their shoulda woulda could-ofs!"

The point is, Strangerville is getting more and more expensive and our future plans for Strangerville will continue to cost more and more money and I've had a couple of people ask me over the last year if there was some way to donate to Strangerville and I just held out my hand but they refused to put money in it. And two weeks ago we had a very drunk man called "Ben" repeatedly ask us if he could make a monthly donation to Strangerville.

So Meg has set up what the kids are calling the Patreon account, which you can check out by clicking HERE. Apparently you can sign up to make a monthly donation (as little as $1). If you are looking for a way to support Strangerville and help us continue to build and improve this corner of the Internets, please check it out. And whether you donate or not, we are truly grateful for all of you and your support, in whatever form, of Strangerville.

Finally, for the hearing impaired, I have included the text of a short story I shared at the show as an intro. Please enjoy.

This time in Strangerville, the recording from our third Strangerville Live show. A puppy teaches a man in his underwear the meaning of irony. A teenager learns about consequences the hard way. A young woman accidentally becomes a kindergarten teacher. A little girl begins a long life of suffering from a chronic condition. And a writer bullies a giant corporation via Twitter. Stay tuned and enjoy some candy from Strangers.

3. A Permanent Swear, by Lauren Bade

4. Maytag, by Heather B. Armstrong

I have a puppy who is now 10 months old. I didn’t want to get a dog because then I would occasionally have to do things for someone who wasn’t me but then someone sent me a picture of a very sad looking creature at a shelter and told me that if I didn’t pay one billion dollars and inconvenience my life in every way possible, this puppy was going to be turned into hotdogs fed to school children. I still have no idea if that’s how animal shelters actually work but the point is that I went and got this dog the very next day. Because no child should be forced to eat hotdogs.
My puppy’s life is a true slumdog millionare situation. He went from sad future hotdog to having a better life than every single one of you in this room. He is allowed to do whatever he wants. He is taken on two walks a day wherein I throw a ball for him twelve-hundred times to the point that I swear to you I have a doctor’s appointment scheduled to diagnose a shoulder injury. He has more possessions than any human I know and he gathers all of his toys into a pile on the couch every day and sits behind them like a sultan who wants everyone to honor his vast wealth. And the only thing he has to do so that I’m willing to continue to provide him this lifestyle is allow me to kiss him all over his body including on his little bum bum10,000 times a day. He usually stares off into space, going to another place in his mind, while this is happening.
Mr. Duncan Doodle and I have a nightly routine. He sleeps in my bed with me and somehow takes up 97% of the space despite being only one foot long. At exactly 2:00 AM he jumps off of my bed. The thumping sound of a dog's body hitting the floor is now a PTSD trigger for me.
Then he  scratches at the bedroom door for the next five to seven minutes while I lie in bed, moaning, and uttering complete complex sentences, begging him to go back to sleep. Eventually I give up and take him outside. Thanks to Mr. Duncan Doodle, I am now a grown man who finds himself walking around his back yard every night in his underwear whispering to a living creature “please just do the poopies.”
And I’m completely uninterested in any of your proposals for crate training and other sleeping arrangements because 110% of the reason I talked myself into getting a dog was so that the cold wet tears of my lonliness could stop being my only nightly companion.
My most important life work to this point is resisting the nearly irresistible urge to feed Mr. Duncan Doodle human food 20 times a day. I decided when I got this dog that I never wanted to train him to beg me for human food when I’m eating. So I decided he would never know the taste of cheese or bread or lets-be-honest a Costco size bag of Cheetos every single day. This is a challenge because I know that nothing would make him happier than discovering ice cream. But I have held steady in my quest and Mr. Duncan Doodle has never tasted human food.
Until last Tuesday.
It was 2:00 in the morning. I was whispering “just do the poopies” in my underwear somewhere on the edge of my backyard when suddenly, Mr. Duncan Doodle turned into a demon from Hell. He sprinted out of the yard so quickly that there are burn marks on the pavement heading down my driveway.
I chased him, scantily clad, directly to a garbage can across the street that had been tipped over, its contents dumped all over the sidewalk. Mr. Doodle was sitting in the middle of it, munching gladly on something that was most definitely not dog food.
I scooped him up. He growled at me when I did this. And I made him give me whatever was in his mouth.
I was prepared for cheese or bread or to be honest a human finger--I don’t live in the safest neighborhood.
But I was not prepared for the irony of what he was actually eating.

He dropped it into my hand. I looked, and saw, that it was a hotdog. 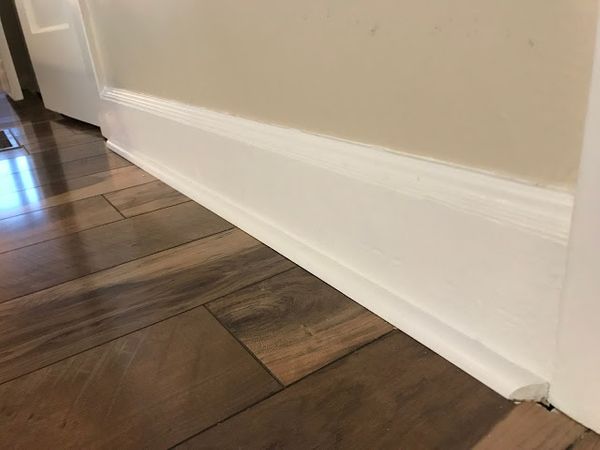 I finished putting the new laminate floors into my office and bedroom a few weeks ago and subsequently vowed to never do a day of work again in my life.

This time in Strangerville, the recording from our third Strangerville Live show. A puppy teaches a man in his underwear the meaning of irony. A teenager learns about consequences the hard way. A young woman accidentally becomes a kindergarten teacher. A little girl begins