One of my favorite Stranger traditions is looking back over the year to put together the Top Ten post.

2017 was a really really fun year at Stranger. To be honest, every year I think that this probably can't go on much longer. I think everyone is going to get bored at some point or the internet fad will die down or The Suzzzzzzz will finally organize our family reunion where we'll all die by Snuggie suffocation (Snuffocation?).

But every year you keep sticking around and helping make Stranger something fun and thoughtful and slightly evolving. This year we had so much fun with Strangerville and Strangerville Live. We laughed about essential oils. We got to know Meg a little better. We ogled over pictures of puppies.


And so, now, for your own walk down recent-memory lane, I give you 2017's Top Ten Most Viewed Posts:

10. A Decade Later: It was Stranger's tenth birthday, and I told you about how it all got started. You shared your memories with me and they were honestly so touching and fun to read. So much so that I ended up mailing boxes of Snuggies to people. Because this corner of the Internet is weird.

9. Natalie's Tinder: Natalie came to town so I stole her phone and tried to get her some dates. She did not get any dates from this.

8. Matt Sent Me A Very Important Text: I never thought I would have a dog. Then my baby entered my life. Now I sleep on a sliver at the edge of my bed and my back yard is full of dog poop that he refuses to pick up.

7. Letters From HR: I wrote a thing when I was in Palau and finally decided to share it with you.

6. The Worst Movie Ever Made: The thing about clickbate is that it works.

5. Here's The Thing About Parenting: My baby sister went out of town so I stayed with her three children for 48 hours and now I'm 80.

4. Things I Never Thought Would Need To Be Said: It still blows my mind that there were people on Twitter who were mad at me for saying these things. I'm proud to have said them, and I'll say them again and again, no matter how angry it makes bigots feel.

3. The Great Neutering: Duncan got neutered and I wasn't at all dramatic about it.

2. Essential Oils Are Killing Me: (Plus Parts 2 and 3): A dozen of the world's worst women stayed in my house while attending an essential oils conference and you all mocked my pain. My home still smells like unicorn piss. But joke's on them because now I'm going to live to 200.

1. The Most Embarrassing Thing That Has Ever Happened To Anyone Ever.: Within a few seconds of it happening, I knew it was going to make an amazing story. So it was almost worth the layer upon layer upon layer of utter humiliation. This story is already one of the most read Stranger posts of all time, which proves that most of you are just here to watch me make a fool of myself.

That's a wrap. Stay tuned for 2017's final wrap up post this Friday. 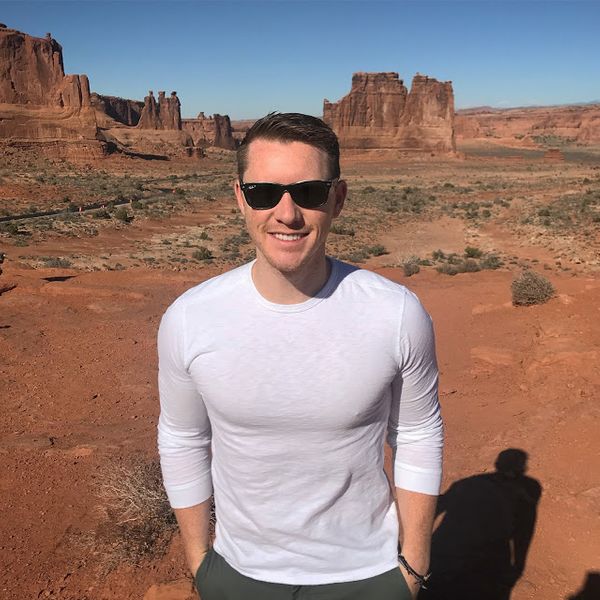 Last year when I wrote my post for 2016, things were pretty bad. I had sort of lost my mind for a minute there. All of the stresses of work

YOU GUYS. OMG. I still can't believe that what I'm about to tell you actually happened. This is beyond an embarrassing moment. This is something where I legit think I might have to move. TO CANADA. Just the other day I was thinking about