Please enjoy this week's Strangerville episode above, and today's written story below.

*****
Training for the upcoming Half Ironman has been difficult the last few months, as it always is for this May race, because I am unwilling to go outside unless it is exactly 71 degrees and people are cheering for me.

I feel some guilt when I'm driving to or from work and I see cyclists out on the road with their fancy bikes and winter gear, sliding across the snowy roads, undeterred by the misery that is biking outside in the wintertime.

But the guilt isn't enough to get me to join them.

I, Eli Washingtonittle McCann, simply refuse to bike outside during the winter. Whatever the promised payoff, it is not worth it to me.

What that means for the St. George Half Ironman, which takes place the first weekend of May each year, is that for a good portion of the time that I should be training for the race, I'm not getting out on my bike because it's January or February and I like myself.

I take up residence on the spin bikes at the gym for those months, sometimes watching people show up, perform their entire workout, chat with their friends, shower, freshen up, and then leave, as I go for two or three hours trying to maintain the will to live despite the boredom.

I bring work and listen to podcasts and do whatever I can to pass the time. And I'm diligent about putting in the time. But the indoor spin bikes at the gym just are simply not the same thing as biking outdoors.

That's why I was pleased that it was finally warm enough this weekend to get out onto my bike.

Anticipating the ride, I stopped by my favorite bike store on Friday afternoon to purchase some supplies, including a new bike computer since my old one gave up the ghost last season.

A bike computer is basically a glorified speedometer, usually with some capability of tracking a few basic stats, including time and distance, as you go for a bike ride. The last time I purchased a computer, it came with like eleventy hundred parts that I had to attach all over the bike, and it performed just those functions described above.

That's really all I was looking for when I walked into the bike shop on Friday.

Every time I walk into a bike shop, I accept upfront that I am going to come across as the most incompetent human being alive. I decided years ago that I wasn't going to be embarrassed about my lack of knowledge of bike gear and terms, etc.

Making that decision is one of the most liberating things I have ever done in my life.

I used to sneak around the clearance section of the store, avoiding anyone's gaze, grabbing handfuls of stuff that I planned to google later to determine how to use it.

Now, for the sake of efficiency, I walk straight up to the fittest employee the moment I get to the store and say "I need bike things and I don't know what they're called and I don't want to learn. Can you help me?"

And they always do.

Once we get out of the way that I am not a full-time professional road-biker with a trust fund and no other hobbies, they stop talking to me like I'm one and instead use English words with which I'm familiar.

And look. I've painted myself out like I know nothing about the sport. It's not true. I do know a lot about it. I've been biking for years. But when you compare me with the kind of people who work in bike shops, I'm basically Skylar who once told me he needed to stop by J. Crew to buy some "sports outfits" and when I asked him which sports he was going to do in the sports outfits he said "you know. Weights and stretching and stuff."

So, as I went looking for a computer, I approached a child laborer who was employed by the bike shop and gave him my speech. A minute later we were standing in front of a case of bike computers and he was informing me about their bluetooth capabilities and how accurate they were at predicting your future voting decisions and I told him that I was just looking for something basic--like I've used in the past.

He told me that they didn't carry anything as basic as I was describing and that all of their computers have all of the features he was describing and then he repeatedly explained to me why I should want this anyway because the computers now basically function like Life Alert and he didn't really say that but that's basically what I was thinking when I blurted out "if I buy this I'm going to have to find a young person to set it up for me!"

And I swear to you I said those exact words. And the second they left my mouth I suddenly felt like the oldest man who has ever lived on this Earth. And the child laborer who was helping me responded, "um . . . it's just bluetooth." And I don't know why but I suddenly became so embarrassed that just snatched up the mid-priced computer and bought it and took it home and now I need a young person to come set it up for me.

Also, please check out our latest episode of Strangerville. About a dozen of you emailed me about the Utah State Bar disaster that was reported in the news last week, asking if I was going to write about it. I didn't write about it, but I did tell the story on this week's episode. Please enjoy.

This time in Strangerville, the Utah State Bar sends an unfortunate email to thousands of lawyers, and Eli stumbles upon a biker who has been hit by a car.StoryCar Accident, by Eli McCann (courtesy of The Porch)Produced by Eli McCann and Meg Walter

Skylar is struggling with words lately, as was evidenced in a conversation I had with him a few days ago in which he actually said this: "Do you have any . . . oh . . . what's that word? What's the word I'm trying to say? Help me here. 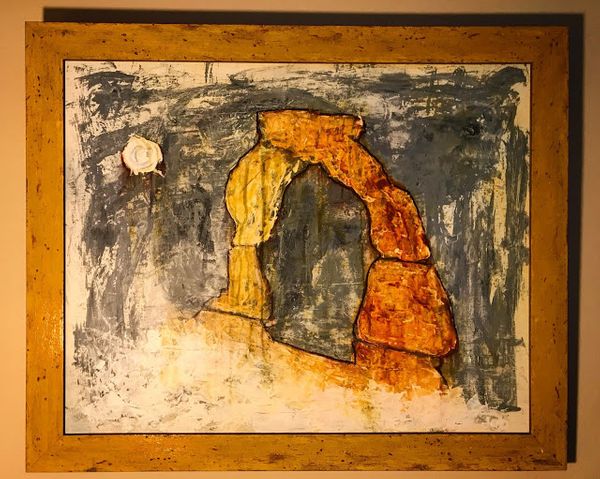 In case you missed it, we announced our next Strangerville Live show, which will happen March 30 in Salt Lake City. You should get your tickets before they sell out