For a while I've been wanting to write a post about my former therapist, Peggy, but I haven't gotten around to it because TV and Eating and Lazy.

It all started when a few years ago Brianne barged into my office and said "I made an appointment for you to see a therapist named Peggy." Then she left before I could ask any of the obvious questions.

This was offensive. Not because I think therapy is a shameful thing. But because it's always going to be a little jarring when someone out of the blue facilitates the provision of mental health services for you.

But I'm 85% afraid of Brianne, so the next Wednesday at 4:30 PM I got into my car and drove across town to see this Peggy person.

If I worked in casting and I needed to find someone to fill the role of "woman in late 60s working as therapist in Salt Lake City" this person would have looked and sounded exactly like the Peggy I met on that Wednesday.

She was tiny and blonde. She dressed like a hippy who was trying to look professional. Instead of a chair, she sat on an exercise ball. In one hand she held a thermos of hot green tea and she used the other to eat a large pile of ginger snap peas.

I nervously walked into her office and sat down. She took her bouncing position just across from me, staring, until I finally broke the silence.

Peggy: Do you think you shouldn't be here?

Eli: I'm sure that I should. I have a LOT of issues. I just don't know what I'm supposed to talk about.

Peggy: Why do you think you have a lot of issues?

Eli: Well . . . I wake up from stress dreams almost every night and I'm constantly sure that everyone I know is going to die and I spend my entire day talking to people about child abuse and I cried at the grocery store yesterday for no reason and I fainted recently because I thought I had bed bugs WHICH I DON'T BY THE WAY and I think I have commitment issues but I'm also kind of clingy and OMG what if I'm a sociopath?!

Peggy: We should probably meet once a week for a little while.

And we did. And it was wonderful.

I really didn't have an opinion about therapy before I met Peggy. But after a few months of meeting with her on a weekly basis, I started to believe that probably everyone could use a little therapy.

Peggy told me on our first visit that she wasn't an evangelical preacher from television who would touch my forehead and I would be healed. She said if I was looking for someone to magically transform my life overnight by giving me some secret tool, she wasn't going to be my person. But she said that if I was willing to talk with her week after week and try really hard to understand the root of the things I wanted to be different, this would be worthwhile.

I never felt like things were all better after any appointment. I would usually feel some relief and fatigue after our meetings, but I didn't walk away with a changed outlook after any given conversation.

But I did notice that after many months of meeting with Peggy, I had really evolved compared to the person I was before meeting with Peggy. I found that I naturally started making some different choices and that I was effectively building some boundaries to make work/life balance a thing in my life. And most importantly, I wasn't filled with anxiety the way I had been before.

I WAS FREAKING SLEEPING.

Peggy helped me figure out how to cope with stress, and how to deal with problems. One of the most interesting conversations we ever had--something that I think about at least once a week to this day--was about mental illness.

Through my job and various activities, I deal with a pretty wide range of what I'll politely term "unstable" people. There was a period where I had been repeatedly contacted by someone who appeared to have lost touch with reality and he was sending me threatening and abusive emails on a daily basis. These weren't hurtful because the person was so gone that the words were meaningless, but I still wanted to know the best way to deal with the situation.

So I showed Peggy the emails and asked her, from a professional's perspective, how to handle this. Peggy told me (and I may butcher this, but this is how I remember it and Peggy probably doesn't read this so I won't get fact checked) that she generally categorizes mental issues in three groups:

1. Neuroticism: Which she referred to as "when a person has an irrational belief that they know is irrational but they have it anyway." She said that most people are neurotic in some way, and that these behaviors are very treatable because the neurotic person already knows they need a course correction. (When I asked her if I was neurotic she laughed so hard that she had to excuse herself to go get a drink of water.)

2. Personality Disorder: (I think that's what she called it). This second category she referred to as "when a person has an irrational belief but they think it's rational and that everyone else is being irrational." She said that these are much harder to treat because it is difficult to help a person with a personality disorder to see that their belief is wrong. She said that this second group of people tend to be really manipulative, and that you have to be very careful when you communicate with them because they could cause a lot of harm.

3. Psychosis: This third category she referred to as "when a person can no longer distinguish between reality and fiction." She said that arguing with a psychotic person is generally futile and engaging with them in any way will usually only feed the psychosis. The best thing to do, then, is usually to just distance yourself and limit contact as much as possible.

(She thought my email person was the third category, by the way, and her advice to not respond at all ended up being really good advice).

I had been seeing Peggy for about a year and a half when I finally started running out of things to say. I wasn't sure how one just stops going to a therapist, and to be honest, I was irrationally worried that she was going to have hurt feelings if I told her I was done with therapy.

BUT I KNEW IT WAS IRRATIONAL SO I'M STILL SUPER TREATABLE.

And then Peggy jumped in, "when you're done with therapy?"

Peggy: Oh honey. You're done. You've been done for a while.

And just like that, I walked out of Peggy's office, about 18 months ago, and I haven't seen her since.

It's still strange to me that there's this woman out there who knows more details about my life than just about anyone else, and I'll probably never see her again.

In any event, take this post as my testimony that the right therapist is truly a wonderful thing.  And I'm not even just saying that because people on the internet were all like "if you write a post about the importance of therapy we'll pour so much money upon you that you'll automatically speak in a British accent and begin wearing a monocle and Oprah will call you." 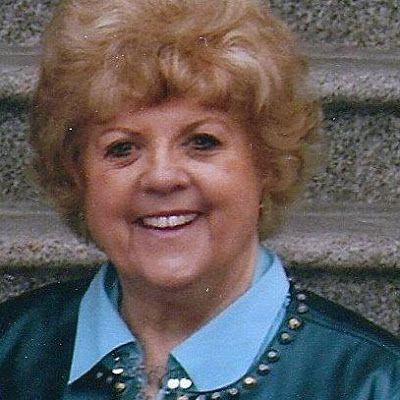 Two Sundays ago Gmac called to tell me that her "Faceoff is broken," which translates to "I can't log in to Facebook." I was wondering why I hadn't seen any 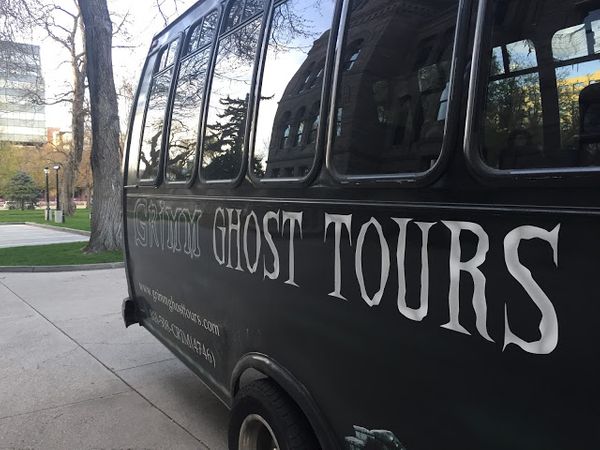 Please enjoy The Suzzzz's Strangerville Live story above, and today's ghost story below. Skylar's mom visited Salt Lake City this weekend. Skylar was trying to find things to do to