A few years ago I was talking to my childhood best friend Sam's dad because he had stopped by Bob and Cathie's house for some reason. This was right before I moved to Palau and he was asking me what my job was going to be like in that country.

We talked for a while. And the conversation naturally moved to what I would do after Palau. I was telling him about how I would likely look for a job in the Salt Lake area but I wasn't sure, exactly, and that I hoped to find a good job before my contract in Palau ended.

We talked about those plans to look for a job in Salt Lake City for a while. I had expressed worry about not being able to find work. And then he said, "well, do you have any good contacts that could help you?"

And I said the following:

"Um . . . actually I don't wear contacts. I mean, I have these glasses, but my prescription is super weak. I don't really need them. But I like wearing them because I think they make me look smart hahahaha. I don't think I could ever wear contacts. It would be hard for me to stick something into my eyes."


That was what I said. That was the answer I gave him to his question. He just stared at me. And I could tell something awkward had happened, but I wasn't sure what it was.

It seriously took a whole day for me to replay the conversation in my mind and realize that he was obviously not talking about contact lenses when he asked me, during our conversation about trying to find a job, whether I had any "contacts." I was driving somewhere when I realized it. I started screaming in my car. It was like that scene in Home Alone where the mom is on the plane and she suddenly yells "KEVIN."

It has now been six years. I think about that conversation five times a week.

Regularly while lying in bed, I get cringey because I suddenly remember that conversation.

When Sam and I were 10, we were playing in Sam's basement and his parents had one of those old exercise bikes that had a front wheel that was like a fan and when you pedaled the fan would blow out air. It looked like this:

I don't know why we were doing this, but Sam climbed onto the bike and started pedaling and I dropped down and put my face in front of the fan and felt the wind blow on me. Then I pulled my shirt down at the collar and said in what I would describe as a "middle-aged soap opera woman voice," "Oh! This air feels so good on my breasts!"

Right then both Sam and I looked over and saw Sam's dad standing in the doorway, staring at us. He then turned around, without saying a word, and walked back up the stairs.

For years every time I saw him I wondered if he was thinking about the exercise bike experience.

Now every time I see him I wonder if he's thinking about the contacts conversation, too.

How about you? Is there anything you think about and cringe over frequently? 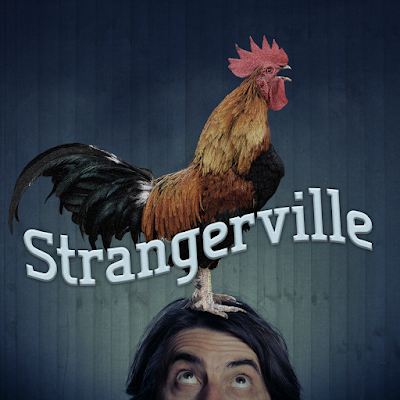 A little while ago this thing, that's probably a drug front and is definitely run by the Utah Mafia called "The Beehive", was launched. Meg writes snarky content for it,

The universe has required me to take on a substantially larger share of sitting next to not-the-best seatmates on flights. I'm happy to do it. Sometimes. But not every time. It's like a curse. I see the 100-pound sensible-looking elderly woman with a tidy