My two older sisters hated it when Trolley started making its way back to Mr. Rogers's house from Make Believe Land.

Every episode had the same simple format. Mr. Rogers would come through the front door of his tiny and simple home, singing about it being "a beautiful day in the neighborhood," asking viewers to be his neighbor, and changing into a sweater and more comfortable shoes. He would introduce the simple concept of the day. Music, or creativity, or sadness, or inclusivity, or whatever. Various cast regulars and special guests would come by to help demonstrate the lesson of the day. Then Trolley would go off to Make Believe Land.

It was a cheap-looking set where hand puppets you could find at the bottom of a bin in a second-hand store interacted with not-particularly-remarkable actors.

Then Trolley would go back to Mr. Rogers's house so Mr. Rogers could sum up the lesson again and sing a simple song about it.

Then he'd undo the intro, changing back into his dress shoes and jacket while singing about how tomorrow "there'll be things you'll want to talk about" and promising to come back and talk again.

It really was, from start to finish, a sad-looking spectacle for those to whom it didn't speak.

By the time I was old enough to be aware of Mr. Rogers, my sisters had probably aged out of the demographic.

They used to try to persuade Trolley to turn around by screaming at the TV.

I don't know whether they actually thought this might work. Mr. Rogers typically encouraged interaction with his TV viewers so maybe somewhere deep down they thought Trolley could hear them.

In any event, Trolley never did seem to consider their pleas, which is probably why they finally took to physical intervention.

Lying on their backs in front of the TV one day, sometime around 1985, they quickly put their feet on the left of the screen in an attempt to block Trolley's path back to Mr. Rogers's house, screaming "turn around! It's not too late!"

When Trolley seemed unaffected by their feet, they pushed a little harder. Hard enough to knock the TV off of the table that held it.

Mr. Rogers was banned for some time at the McCann house after this. The show was too violent.

Fortunately the ban didn't last long, because I was a kid who understood and responded to Mr. Rogers.

As an exceptionally anxious child who hoarded candy with Mandy Williams in anticipation of a world hunger famine; who was scared that other kids wouldn't want to play with me because I had freckles and they might rub off on them; who stayed awake with stomach aches at age 6 because I thought my family might move away and forget to take me with them, Mr. Rogers was a Godsend.

The slow pacing of the show was calming to me. As the camera would pan over Mr. Rogers's neighborhood, I felt like I was in a comfortable and safe place. He spoke about being kind and that message resonated with me. He regularly preached that every child was worth loving, and looking back, I can see that that lesson profoundly carried me through a lot of childhood experiences.

I can only imagine how much more important he must have been to children who weren't fortunate enough to grow up surrounded by reliable adults who were trying to teach similar messages as well.

All of this is to say that I made Skylar go see Won't You Be My Neighbor with me yesterday because it felt like a good way to pay homage to someone who had no idea how much he helped a strange little boy in Salt Lake City.

Skylar wasn't a Mr. Rogers watcher growing up so I don't know how interested he was to see it. And I doubt he had the ugly cries as much as I did for two hours.

But he must have enjoyed it because, although he tends to be a little cynical about these kinds of things, he said to me as we walked out of the theater, "so, I think that man might have been perfect."

When something nice comes along we tend to make jokes that it's a message we need, but don't deserve. I think this film is something America needs, especially because we might not deserve it right now. Please go see Won't You Be My Neighbor.

This time in Strangerville, some general bickering, plus a few cringe-worthy memories of taking a joke too far. Please also enjoy a recording of a childhood story told live on the Strangerville Live stage.StoryRabbit Poem, by Whitney CallProduced by Eli McCann & Meg Walter 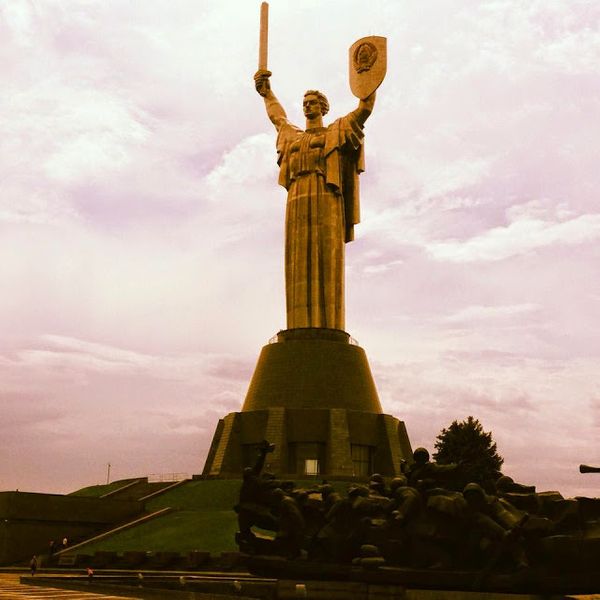 I'm going to Ukraine on Friday. And don't even try to break into my house, robbers. I've got house-sitters and they're all angry former cops with complicated pasts and uncertain

This time in Strangerville, some general bickering, plus a few cringe-worthy memories of taking a joke too far. Please also enjoy a recording of a childhood story told live on the Strangerville Live stage. Story Rabbit Poem, by Whitney Call Produced by Eli McCann