I'm going to Ukraine on Friday.

And don't even try to break into my house, robbers. I've got house-sitters and they're all angry former cops with complicated pasts and uncertain futures. Go break into my sister's house. She's going with me and she has a much better collection of alabaster pots and sewing supplies.

The house-sitter situation is necessary because keeping things alive at my home in July is an unrelenting job. For the last four weeks I've just been engaged in a constant loop of pot watering where I start again from the beginning the moment I finish giving a drink to the last pot. I haven't had a single break in days. I'm typing this with my toes right now. (Yes, Tami is literate).

Finding a responsible house-sitter is a challenge because it requires you to make a list of all of the people you know who have nothing going on in their lives and can easily pick up and move into your place for as long as needed, and then identify one person on that list who is reliable.

Thank God for all of those former cops.


Skylar has never been to Ukraine and I'm pretty sure he has no idea what he's about to step into. Recently he asked me if he should get online and book a Marriott in Kyiv. I laughed at him for one solid minute.

Can I get an amen, The Suzzzzzzz?

It's been four years since I was last in Ukraine, and it's basically been that long since I last spoke Ukrainian with another human. So for the past few weeks I've been reading an old grammar book I found in my basement to hopefully jog my memory.

Skylar has been making fun of me because I've taken to speaking to Duncan in Ukrainian for practice. Joke's on him though because now Duncan is trilingual and he has developed a very strong testimony of the gospel of Jesus Christ.

My favorite thing about this grammar book is that the vast majority of the passages in it are incredibly depressing. Take for example this one, roughly translated, which I read two days ago:

"Olena has decided that she must not explore her dreams because instead she must take care of her grandpa. Olena's grandpa is very angry all the time. He suffered much during the War and he frequently wakes up in the night yelling. Olena's life will not get better until her sick-in-the-mind grandpa dies."

I know you think that this passage is an outlier. But it is not. They are almost ALL like this.

Sure, there are some here and there about someone choosing a good restaurant or a young woman starting her studies at the University. But those innocuous offerings are the exception, not the rule.

"Peter's apartment is very warm and uncomfortable. Peter cannot open a window because the pollution outside from cars will come into his apartment and he will get lung disease. Peter is poor, so he can't go anywhere. One day if Peter gets money he may buy a car and then he can pollute someone's apartment. But it is unlikely that Peter will ever have money."

"There are many reasons to feel sadness. All of the news is dark and it is possible that there will not be something to eat. Volodemer has very few opportunities to improve his life. His life is not better than his ancestors."

I think the most jarring thing about these passages is that each chapter contains a bunch of lessons and vocabulary words and exercises that are exactly what you would typically find in a grammar book. It will be full of phrases like "I love cake!" and "It's sunny today!" Then at the end of the chapters it has all of these longer passages that incorporate vocabulary words and lessons learned in those few pages and it's like whoever was put in charge of writing the closing thoughts is suicidal.

This dichotomy of overly polite and positive content mixed with depressing thoughts has been totally baffling to me.

Then I flipped to the About the Authors page.

The book was written by two people: a Ukrainian man and a Canadian woman.

I have a guess about who contributed what. 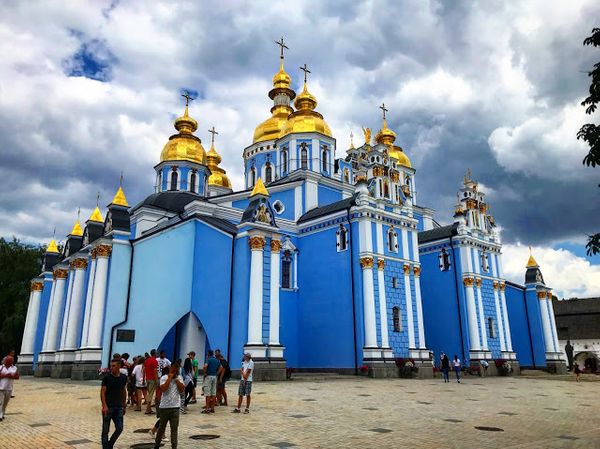 We landed in Kyiv on Saturday afternoon and found a taxi to take us to our apartment. "She's Got It" by Venus was playing on the radio. Taxi Driver: Vat 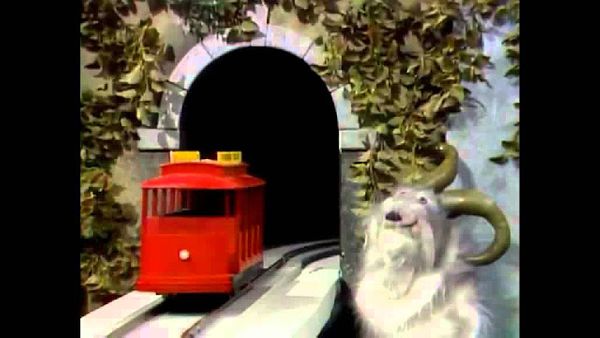 My two older sisters hated it when Trolley started making its way back to Mr. Rogers's house from Make Believe Land. Every episode had the same simple format. Mr. Rogers