Skylar told me last night that he thinks "scolding" is a super power of Mormon mothers.

I had never heard this opinion from him, or anyone, but I implicitly agreed with him before taking a moment to blurt out, "wait; why?"

Skylar isn't from Utah. His exposure to mass Mormonism is a relatively recent aspect of his 28-year life. In fact, his first real visit (read: not an airport layover) was in late 2015. He was living in Wisconsin at the time. He started visiting Salt Lake City with some regularity that year because I'm very attractive and he couldn't help himself.

Uncovering Utah's uniqueness for him since then has been a surprisingly delightful experience for me. Most of this is because he has approached everything in our great state with nothing more than a polite and respectful curiosity.

Believe me when I say this is rare around these parts. Most people I know in Utah have very strong opinions, in one direction or another, about Mormonism and, specifically, Mormons. This is true of people who move here as well. They decide how they feel about the place before they get here and then they find whatever evidence they can to support their belief.

I've gotten a little fatigued with this over the years. Mostly because for myself, I don't think any group of people or religion can be simplified into an "all good" or "all bad" category. In my state, the issue is frequently approached from very polarized points-of-view, none of which resonate with me. But even more, I have just totally lost interest in the topic, to the point that when friends bring it up I now instinctively start checking out in my head and thinking about things that I care about: LIKE CAKE.

To be sure, some aspects or Mormon culture and practice are not things I particularly love. But the wonderful thing is I get to choose what I believe and how I live and I decided years ago that I wasn't going to waste one ounce of energy being bitter about the rest. I've got too many other wonderful things in my life to give my attention to waste it on feeling bad that someone has a different idea than me.

(My one exception is anyone who puts pineapple on pizza. Those people can rot in hell.)

As you might be able to imagine, being a big fat homo in the Salt Lake City dating scene can pose some real challenges vis-a-vis all of the above. For totally understandable reasons, my dating pool was filled with people who were very bitter or very conflicted and wanted to talk about Mormonism and Mormons, constantly.

So it was refreshing to meet Skylar, who had absolutely no opinion or emotion about any religion or religious group, "besides the Methodists, because I went once and they gave me mini muffins."

And so, with that, I started showing him around the town, and answering his completely one-dimensional questions and listening to his observations about this thing I'm so used to that I forget that I'm used to it, and all of those observations are so innocent and so loose that they barely constitute an opinion and it is so refreshing.

And that's why his declaration that scolding is a super power for Mormon mothers caught me off-guard.

I tried to remember whether Cathie has ever scolded Skylar in my presence. But then I realized he could have just been referring to his observations of the many Mormon mothers we know, like Meg, who scolds me with some regularity and, admittedly, with great proficiency.

Then he reminded me that he grew up with a Mormon family across the street, and that the matriarch of that family was like a second mom to him. It was this woman he was thinking of when he awarded Mormon mothers the accolade.

I asked him what made her a good scolder; he said that she knew how to use guilt in a way that was much more powerful than yelling could ever be. Lectures. Conversations where she asked things like "how do you think that makes your brother feel about himself when you say things like that?"  And on many occasions, he reports, just driving by and shouting generally through an open car window "you should be ASHAAAAAAAAaaaaaamed!"

Not satisfied with being restricted to having power over only humans, she once chastised Skylar's family dog so effectively that the dog peed in fear.

I think they teach this in Relief Society.

This time in Strangerville, Meg and Eli talk about DRUGS. Also, never ask Eli for a favor.StoryGift Exchange, by Eli McCannProduction by Eli McCann and Preg Walter. 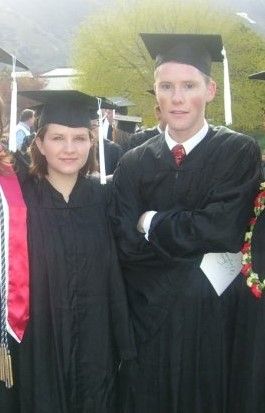