Be sure to check out this beautiful story from Shireen if you haven't already!

*****
Skylar has opinions about things and sometimes this is the worst.

I don't mean that his opinions are the worst. Sometimes they are. But that's not what I meant by the first sentence.

What I meant by the first sentence is that it is sometimes the worst that he has opinions in the first place.

Last week we got our by-mail ballots for the midterm elections. We sat around the kitchen table filling these out, quite thoughtfully, I would like to add. Probably more than any election, we studied the issues thoroughly, like we were preparing to take a test.

But then we got to one proposed constitutional amendment on our ballots and Skylar was not familiar with it so he asked me if I knew what it was all about.

"Just vote yes," I told him, without further explanation.

I heard Skylar mutter "I feel like a Stepford Wife" as he obediently filled in the yes bubble.

That's the Skylar I wish always existed. Not this "I think we should plant those flowers over there" version that sometimes pops out at the most inconvenient times.

When he says things like that, I usually respond with "totally" while giving him a comically-exaggerated wink, communicating to him that I am considering his absolutely wrong opinion to be a sarcastic suggestion that will be immediately discarded.

Unfortunately when I do this, Skylar leans in to his really dumb idea and executes it without further discussion, because Skylar is not a pushover.

Skylar not being a pushover is almost as frustrating as him having opinions.

And so, it was with great relief that he voluntarily forfeited participating in any interior design decisions a few months ago.

I didn't even have to manipulate him to do this. I was as surprised as you are when he said it. Unless you're not surprised, in which case I was even more surprised than you are. Also, why aren't you surprised by my Stepford Wife?

Out of the blue one day he just blurted, "I don't ever want to weigh in on decorating the house because I don't know what I'm doing."

I commended him for the self-awareness (and wished he would apply it to a few other life categories BAR SOAP AND SOAP DISHES NEXT TO BATHROOM SINKS ARE GROSS SKYLAR WHY DO YOU KEEP TRYING TO MAKE THEM A THING).

It was good that he declared this because it enabled my compulsive furniture shopping trip several Fridays ago.

I had just received word that my Petition for the Supreme Court to review my prisoner medical neglect case was denied after several months of encouraging developments. I was devastated and had just finished writing a truly depressing letter to the family of the former inmate when I suddenly and seemingly teleported into the mall below my office.

The next thing I knew I was spending eleventy million dollars on a couch and two chairs I just saw for the very first time in that exact moment.

The furniture shopping itself wasn't compulsive. My living room couch has been propped up by books for nearly two years and it badly needed to be replaced. I've been telling people I was "in the market for a new couch" for at least 18 months without ever actually doing anything in that market.

But the decision to buy these particular pieces was not thought-out.

I at least did the courtesy of texting pictures of the models to Skylar and pretending to seek his opinion, but when he didn't respond the exact moment I hit send, I followed the text up with "I take your silence as enthusiastic encouragement."

The furniture was delivered a few weeks later.

Skylar told me he thought I made really good choices, even if they were compulsive and a result of sadness.

He tested out the new couch and chairs, commenting on how comfortable they were.

Sometime around this, he told me he was proud of me, even though I lost my case after all these years of trying not to lose it.

I don't always hate it when he has opinions. 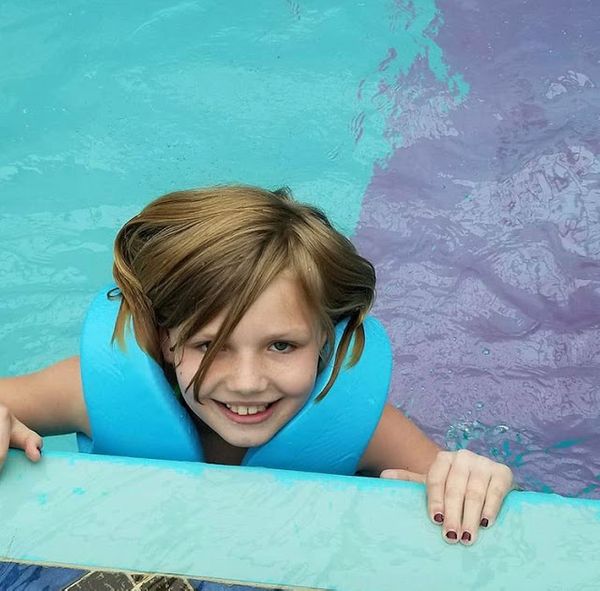 This is my niece, Kate. Adorable, right? Doesn't she just look like someone you would trust with your life? So sweet and sincere. Be ye not fooled. When Skylar and

This time in Strangerville, a Utah woman gives an emotional account of how a family tragedy caused her to decide to run for Congress. Also, Eli has no idea if he’s supposed to make his sister’s kids watch church on TV. Story