This is my niece, Kate.

Adorable, right? Doesn't she just look like someone you would trust with your life? So sweet and sincere.

Be ye not fooled.


When Skylar and I arrived at my sister's house a couple of weeks ago for our weekend babysitting duties, we found a version of Cathie McCann that I had not seen since at least 1998.

Cathie looked like she was on the verge of murder.

She had been with the kids all week while their parents were out of town.

Cathie told me that there was an "incident" and that the youngest, Kate, was on various forms of house arrest that were to be maintained for the entirety of the weekend.

The version of the story that I was told was basically this: Grandma Cathie was helping the kids get ready for school that morning when Kate declared that she would not be attending that day.

For the record, if I had done this or any of the following to Cathie in the early 90s, I wouldn't be here today to tell you about it.

Cathie and Kate engaged in a great battle, lasting a good portion of the morning, ultimately resulting in Kate running away.

But she wasn't done.

When Cathie went looking for her, Kate sneaked back into the house and locked all of the doors.

When my siblings and I heard this and had to imagine our mother being locked out of a house by a belligerent child, we legitimately felt fear for that child's future.

The tongue-lashing that surely followed must have been legendary because for the entirety of the weekend Skylar and I were with the kids, they kept the house immaculately clean, noting on several occasions their concern that "what if grandma shows up and the house is messy."

My sister and brother-in-law returned from their trip that Sunday and almost immediately directed Kate to pen a letter to her grandma, a move coincidentally taken straight from Cathie's book. I spent at least 30% of my childhood writing apology letters to my parents' friends for how I behaved the last time I saw them.

When the letter was finished my sister took a picture and sent it out to the whole family.

It is the most amazing, insightful, self-aware letter I have ever--you know what; just see for yourself.

This time in Strangerville, Meg’s dog needs a therapist. And Whitney Call reminds us how hard it is to be 9 years old. Story Lice Check, by Whitney Call Production by Eli McCann & Preg Walter http://traffic.libsyn.com/strangerville/Episode_57_Lice_ 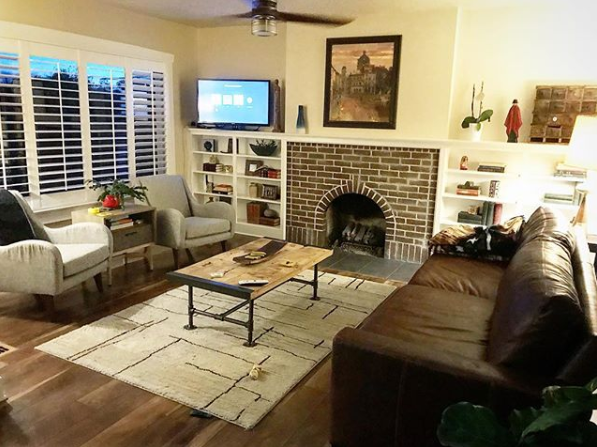 Be sure to check out this beautiful story from Shireen if you haven't already! ***** Skylar has opinions about things and sometimes this is the worst. I don't mean that his