Skylar told me he had a surprise for my 35th birthday and I was exceptionally concerned about this because look. I love that man. But, his surprises are sometimes terrifying. This one was no exception.

He stuffed me into his car last week and drove me basically to the North Pole, saying every few minutes "are you exciiiitteed????" I told him I was more nervous than excited.

Then suddenly he pulled into a parking lot that had a large sign that said "SKYDIVING" on it.

Skylar tried reasoning with me. "You can't just spring something like this on someone!" I yelled at him.

He said that he had to surprise me with this because if he had given me advance warning, I would have just been a walking anxiety attack for the days or weeks leading up to the event.


I signed up to go skydiving when I was 24. I was in my first year of law school at the time and my friend Beau and I decided to give it a try. We were scheduled to go like a month after we signed up and I had such bad anxiety that I couldn't sleep at night just anticipating the event. I truly thought I was going to die if I went skydiving. I finally called Beau and told him he needed to find someone else to go because there was no way in hell I was actually going to get myself to get onto the plane.

So, yeah. Skylar was trying to avoid that situation in surprising me.

Unfortunately, the weather was bad, so when we walked inside the place the woman at the desk told us we were going to have to reschedule for the following Saturday.

I spent the next week reading the entire internet. The internet was like "SKYDIVING ISN'T SCARY AT ALL IT'S JUST FUN DON'T BE A BABY 90-YEAR-OLDS DO THIS" and all of this advice actually helped.

Maybe its just because I'm older now and I've done a lot of scary things since 2008. Maybe it's because I don't value my life as much as I used to. I don't know what it is, but I just kind of felt calm about it all last week. It didn't seem like that big of a deal.

It didn't seem like that big of a deal when showed up on Saturday afternoon.

It didn't seem like that big of a deal when they started strapping a bunch of gear to my body.

It didn't seem like that big of a deal when they brought the tiny plane out.

It seemed like kind of a cause for worry when they started directing me to the plane having given me literally zero instruction or explanation about what would happen.

It seemed like a somewhat terrifying thing when the plane took off and the guy I would be diving with started strapping me to his body and yelling basic instruction I couldn't totally hear or understand.

It seemed like a nightmare when we basically exited the atmosphere of planet Earth and the guide yelled "WE'RE ABOUT HALFWAY THERE."

It seemed like I had committed the biggest error of my life when four or five people just started diving out of the plane and the guide started pushing me toward the open door.

Suddenly, I was hanging out of the plane, totally strapped to another person, and completely without the ability to control anything that was about to happen to me.

We hung that way for a full eternity and then, without further ado, we were free-falling through air that was so cold I was automatically added to the list of Titanic survivors.

Humans were not meant to have this experience. We shouldn't be doing this. This should be illegal. People should go to prison for this.

Suddenly the guy pulled the parachute and let me tell you, that is terrifying, too. All of a sudden you get jerked very hard by the sudden resistance of the parachute on your body that has basically broken the sound barrier falling to Earth.

The parachuting down to the ground took a few more minutes. It was breathtakingly beautiful.

AND IT SHOULD BE ILLEGAL.

I don't know that I have ever felt more relief in my life than I did when I finally felt the ground under me.

They took a video of the whole thing. It's kind of long and I'm too lazy to go edit it, but you can skip through it and get the gist.

Special notes: You can tell I'm becoming increasingly more freaked out every time they ask me any questions. Also, Skylar nearly laughed himself into a coma when he saw how I looked right before the jump. This video has completely destroyed my self esteem.

It was amazing. And I very likely will never do it again.

This time in Strangerville, woke Twitter is the worst, Meg has butt problems, and Eli commits several crimes during the most embarrassing experience of his life.Story:Car Dealership, by Eli McCannProduction by Eli McCann & Meg Walter 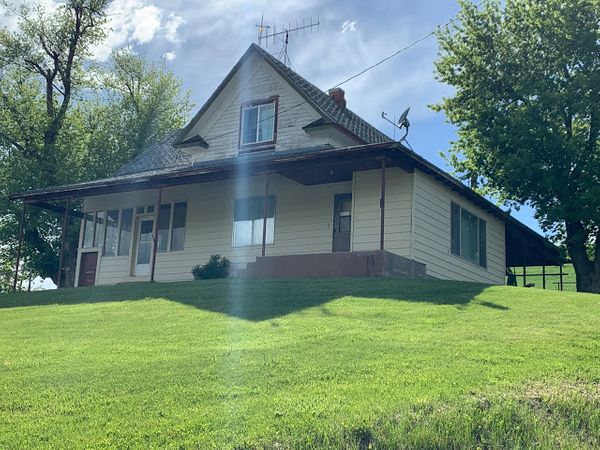 I know this is the last thing I need in my life right now, but you guys. On Sunday Bob and Cathie drove me and Skylar and my sister Krishelle

This time in Strangerville, woke Twitter is the worst, Meg has butt problems, and Eli commits several crimes during the most embarrassing experience of his life. Story: Car Dealership, by Eli McCann Production by Eli McCann & Meg Walter http://traffic.libsyn.com/strangerville/Episode_