I can't tell if it's tacky to talk about this so obviously I'm going to err on the side of being tacky and talk about it because if I'm anything, it's obliviously tacky.

The wedding gift process is a very uncomfortable and confusing thing.

I long ago accepted that we've all just decided it's normal and I've tried very hard not to read too much into it, but every time I get a wedding announcement for my teenager cousins who are marrying BYU next week and it includes directions to their "registry," I always implicitly feel like this is a little weird. Then I judge them for where they chose to register. Then I think about how I'm going to show up to the wedding a little drunk, overturn the cake table, and scream "IT SHOULD HAVE BEEN ME." Then I go onto the registry and buy something because I'm a phenomenally good person who long ago accepted that we've all just decided this is normal.

And look. This is not a personal attack on any of you. I very much know that I'm the weird one here. This really should not be an uncomfortable and confusing thing. People get married. We give them gifts to congratulate them and thank them for inviting us to a very expensive party. They know we are going to give them gifts so they might as well tell us what gifts to get so they don't end up with 9 toasters. This is efficient.

You're not the problem.

But I just can't get over this.

So when I got engayged last year and we started planning our wedding [crosses self four times], Skylar was like, "should we make a registry to include on our wedding announcements?" and I almost implicitly screamed "WE AREN'T 14-YEAR-OLD BETROTHEDS WHO ARE BEING JOINED TOGETHER TO COMBINE OUR FAMILIES' LANDS."

It just felt extra weird that we would have a registry. More weird than my teenager cousins. Because I'm a 30-mumble-mumble-year-old man and I don't need someone to buy me a toaster. And the implication of creating a registry to send to people, I told Skylar, is that I think someone should be buying me a toaster at this point in my life.

It felt wrong and weird and it made me uncomfortable.

Skylar, who has very much learned to choose his battles with my insane anxieties and opinions, shrugged his shoulders and dropped the subject.

Months went by. We sent out some invitations to a few people for our small wedding. We informed some people of a reception later in the evening. We included no information about any kind of registry.

We started getting messages and phone calls from people asking us about this.

"Where are you registered?'

"Where can I find your registry?

"What stores did you choose to REGISTER IN?"

We gave people this whole "your friendship is the only gift we need" barfy speech but literally every person was like "BUT WHAT ABOUT STUFF."

Our friends told us that our humble quest at selflessness was actually not charming and that not having some kind of a registry was actually more of an inconvenience for everyone because since they were "obviously" going to send us a gift anyway, the lack of registry made the gift-hunting process more difficult.

We heard this enough times that Skylar finally decided to just go ahead and make a registry a couple of different places. "We won't send it out to people. We'll just give it to them if they ask," he assured me.

The next thing I knew, gifts started arriving at our house every day or two. Registry gifts.

Since I participated not at all in the registry creation, these were a surprise to me. Plus, they told me a little bit about Skylar's priorities. For example, I learned that he's very interested in some contraption that makes soda water and another contraption I have just learned is called a "sous vide."

Look. I am 100% uncomfortable with this thing. I think it might be witchcraft. I'm pretty sure I already committed Sin just by writing the words "sous vide." They just started preparing my room in Evangelical Hell. A room with extra fire, obviously, because flaming homo.

There's this whole chart for it. Chicken needs to be 150 degrees in order to be perfectly cooked, for example, so if you set the sous vide to 150 degrees and place a bag of chicken in the water, after an hour the bag of chicken will also be 150 degrees so it's perfect and now you're all going to hell with me because you are still reading about this. See you there. Let's pencil in a game of Mafia and then go to IKEA.

Skylar thinks this may actually be the thing that solves world peace. He LOVES the frigging sous vide. He has already made the sous vide the sole beneficiary in his will. He is currently considering leaving me at the altar for the sous vide.

I can't blame him. The bitch is thin and shiny.

Once the sous vide showed up I decided I should probably take a look at the registry and make some adjustments. If my friends and family were looking at this thing, it should probably reflect something about my priorities as well. I didn't want my people to think I had accepted witchcraft into my life.

So I logged into the account Skylar created, glanced through the unrecognizable assortment of shiny things he had already selected, made my way to the appliances, and clicked on a really nice toaster. 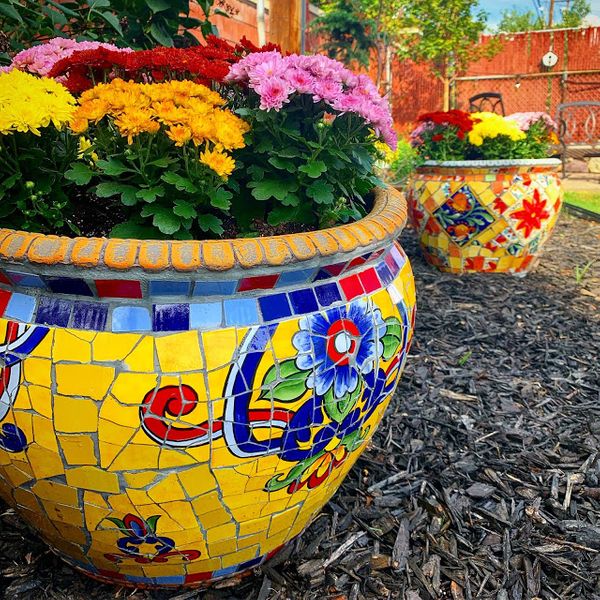 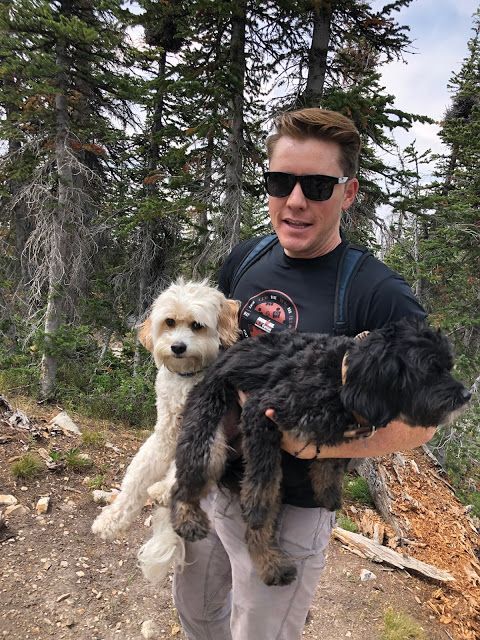 On Saturday we decided to take Ollie and Duncan for a hike. We drove to the Uintas an hour and a half from Salt Lake City and found an 8-mile