I work at a pretty big law firm (for Utah). There are nearly 200 attorneys spread out over several different offices, plus lots of staff. What this means is there are a lot of people at my firm I don't know.

The vast majority of the people who work for my firm are quite Mormon, and I'd be lying if I said I didn't worry from time-to-time that being a big fat homo wasn't going to cause some drama at work at some point. Fortunately I made some exceptional friends very early on who have been terrific allies in waiting--promising me that if ever I was mistreated, heads would roll.

I've never had to put that to the test because people have been just lovely. There are a few exceptions to that, but none involving anyone whose opinion matters to me.

I have friends in the legal community who will, from time to time, ask me how uncomfortable it is for me, a big fat homo, to work at what is known to be a very conservative and religious firm. They are often surprised when I tell them how pleasant it is--how much I love and admire the people I work with.

No, I don't respect everyone in my firm, but that would be true in any office of this size. In fact, I think it's possible that I'm treated better at my quite Mormon firm than I would be at some place much less so, if for no other reason because the people I work with are aware of the outside perception so they are extra careful to make me feel welcome and loved.


When I first started coming out I was nervous about bringing my boyfriend as my date to firm functions. In fact, for a little while I would purposefully not bring him because I was worried about making the old guard uncomfortable or possibly putting myself in a position where I could be fired by people who didn't want to work with a big fat homo.

Then I had an experience a few years ago where I suddenly decided that I was going to live my life as honestly as I could and if that made people uncomfortable, that was their problem. So I brought the boyfriend to a firm summer party. This was prior to my dating Skylar, but the boyfriend kind of looked like him so when I next started dating Skylar and bringing him to firm functions nearly everyone thought there had been no change and I told Skylar to just go with it so I wouldn't look like a big fat homo who is also a big fat ho because there are some limits to my "living in honesty" motto.

Skylar has had to pretend for like 4 years that he played with this one woman's children at a firm picnic in 2015 because every time they see him they all run over to him and reminisce about what a great time they had that year. He's living a lie and there's no way out of it at this point.

We've thought about calling up the old boyfriend who is still a good friend of ours and having him go with me to a firm party to see if anyone notices that it's not Skylar.

Even though I'm completely out at my firm and have been for years, there are still people who don't know I'm gay because there are just so many people at the firm. I don't really know anything about those people's lives either so I totally get it.

I run into her about twice a week and every time I do she makes some weird pregnancy comment and I'm always like "still no baby!" and this is all going to be very awkward if she ever meets Skylar.

Also, every Christmas I make several batches of banana bread and take it around to a large handful of people at the office and several of them still ask me every year how I got my "wife" to do all that baking. The first time this happened I objected to the general insinuation that I was the kind of husband who would consider baking the "wife's job" and I gave him an earful about how in my house we don't divide chores up according to traditional and outdated beliefs on gender roles and it wasn't until several minutes later that I remembered I don't even have a wife.

A few years ago one older attorney tried to set me up with his niece. He called me and asked me to come to his office right then to meet her. She was already there, waiting, and I felt like it was very much not the time to come out to him. It couldn't hurt to just go say hello. So I walked down the hall and when I got there I discovered that his niece was a friend of mine who at the time was living in the same apartment complex as me. She knew I was gay. We had somehow never made the connection that I worked with her uncle.

Her uncle beamed, not catching the wording between us, and clearly pleased with himself since this setup seemed to be going quite well. There was a split second as she gazed into my eyes in sarcastic romance that I wondered if maybe I could marry her.

I wonder if Liz knows how to bake banana bread. 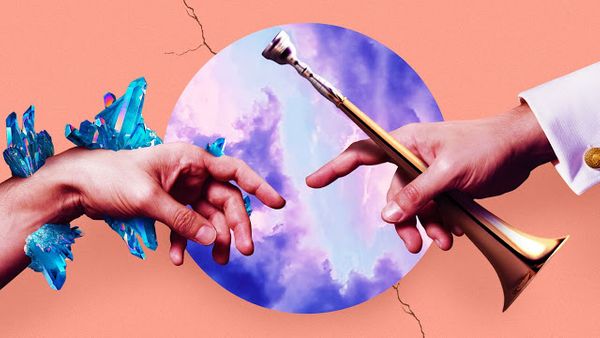 There I stood; swayed, really. I was eight years old, in an ascending line curving up a long ramp into a domed rotunda. My parents insisted we stop by and say hello to the eleven-foot statue up top. 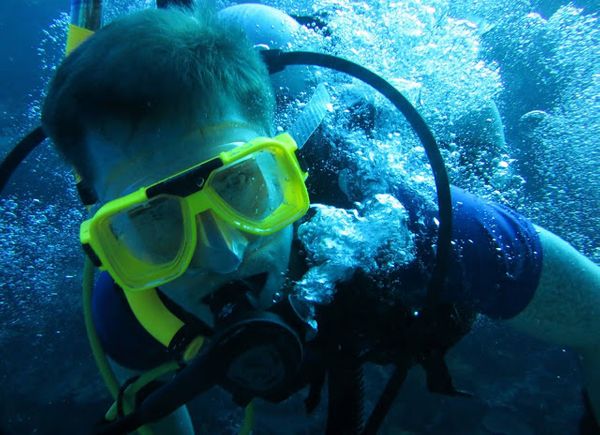 We're leaving for Palau in a few weeks and that is feeling very surreal to me. I've started trying to make plans for some activities while we're there. Snorkeling, kayaking,