In the summer of 2013 I was living in Palau, on the Equatorial Pacific, for work. I had been on the islands for nearly a year—a very hard year. I was 29, and spending a lot of nights awake and terrified because I didn't know how much longer I could stay closeted. And if I didn't stay closeted, what would happen to me?

I've described it to people before as being like hanging onto monkey bars on a playground—holding with all my might—and feeling my fingers slip, my arms and body ache, and an unbearable terror engross my mind, sure that a bottomless pit sat just below me.

"With God, all things are possible."

"Miracles await those who seek Him."

At 29, I couldn't imagine what the hell else I was supposed to do to seek him. Two hard years in Ukraine knocking doors and occasionally getting the shit beat out of me for the cause. Three decades of consistent and sincere service. More than 10% of my income.

My hands, full of open wounds, couldn't sustain me anymore.

I was slipping. Even though I was doing everything in my power, and begging for divine help, not to slip. If all things are possible with God, the slipping was simply my fault.

I was a failure.

One Saturday afternoon I was feeling particularly desperate and scared. I don't know what came over me—this was truly, completely, out of character. But I just suddenly had a momentary "screw this" attitude. I drove to the grocery store in my white boxy Suzuki with the steering wheel on the right side. I walked inside, passed the rotting produce—we never could find very fresh produce on the island—and picked out a bottle of white wine from a small display.

I had never tasted a drop of alcohol in my life. To this day, I wish I knew what I bought. I'm sure it was not good wine. I wouldn't have known the difference at the time.

I decided I was going to find out what wine tasted like. There was this feeling within me that life in the closet, alone, in a religious culture that would never truly value me or make a place for me, was never going to be sustainable. If I was about to fall into the bottomless pit, I might as well know what the devil's drink tastes like.

I brought the bottle back to my apartment, where I realized I needed a corkscrew to open it. I, of course, didn't have one. I tried to pry the cork out with a butter knife, and when that didn't work, I used the butter knife to break off the top of the bottle. It was so barbaric, and probably dangerous.

I then poured what from the bottle had not spilled already into a large plastic cup. I sat on my couch and sipped and gagged until I had drank enough of it to fully intoxicate me. Then I spent the rest of the night alone, playing my guitar, singing loudly, drawing terrible art, and laughing hysterically. This all probably would have been very funny if it wasn't so pathetic.

The next morning I awoke to only the slightest hangover. Oh, to be young again.

I rushed to church, tying my tie as I drove.

I had been extremely involved in our little Palauan branch in the last year. I was serving as the Young Men's President, but I took on many other roles as well. Most Sundays I had several assignments, but this particular Sunday was extreme.

I spoke in sacrament meeting, played the piano, taught Sunday School, and then taught a combined youth lesson for the third hour. There was a visiting general authority that day. I will never forget looking at him and his wife during the Sunday School lesson and thinking, "they have no idea that I'm a wicked homosexual who was drunk 12 hours ago."

When the third hour ended, the branch leaders were summoned for a meeting with the general authority. As the Young Men's president, I qualified. We sat around, seven or so of us, in some folding chairs that had been gathered in a circle, fanning ourselves with the programs that had been printed for that day's sacrament meeting.

The general authority began with a prayer and then started on his agenda for the day. He was sitting next to his wife, holding her hand. The two had just flown in for the weekend from Guam.

They were smiling. He gestured in my direction. "I think it's safe to say that Eli was the MVP today," he joked, referring to how many tasks I had performed during the three-hour block. "If only every ward and branch of the church had an Eli in it!"

It didn't feel like a compliment, although I know it was meant to be one. I simply wasn't in a place in that moment to appreciate that sort of sentiment. Instead, a rage suddenly burst up through me. I wanted to scream at him "every ward and branch of the church could have an Eli in it if you'd stop torturing us and making it impossible for us to be here!"

I just sat and smiled. Because I was a good Mormon boy. Even if also a wicked homosexual who had been drunk just 12 hours before.

Sometimes I wish I had said that to him. Then I remember that it really wouldn't have made a difference. Then I remind myself that if we're going to be wishing for things, I should probably instead wish for a path that wouldn't have put me in such a toxic place at 29. And for a pony.

That day—that weekend—really was finally a breaking point for me. I wouldn't leave immediately. That would still take several months. But that was the point where I finally let myself consider that maybe there was something other than a bottomless pit below me.

It's amazing that it wasn't more obvious to me that coming out and finally rejecting the spiritual and emotional violence that had been fed to me my entire life was the right thing to do. I'll never forget the moment, just after coming out to my family and leaving the religion behind, feeling this incredible peace come over me. I'll never forget feeling so baffled by that—I didn't know I had never felt peace before until that moment.

I see others now in my 29-year-old shoes, grappling with the same terror and fear and loneliness and heartache. I want to give them the "it gets better!" speeches. I want to tell them that the leap of faith will pay off in the most important ways if they'll just take it. I want to explain to them how impossible it was for me to be a good person when I was spending all of my energy just trying to survive and not be seen. And how removing that outrageously unnecessary burden from myself finally allowed me grow into the person I always wished I could be.

I want to share with them that they are entitled to love and they don't have to spend one more second of their lives listening to anyone who is selling them on an idea that they are not.

But I know that no one can talk anyone out of that place I remember so well. No one could have talked me out of it at the time. Unfortunately, each person in that spot has to ultimately do their own hard work to find that peace. Some never will. That breaks my heart.

For what it's worth, if you are in that place, and you are reading this, please know there is a beautiful life waiting for you when you're ready for it. You deserve that life.

You deserve that love.

You deserve that peace. 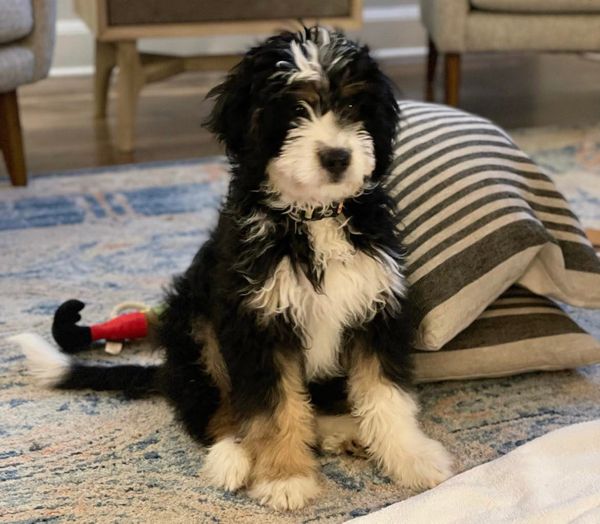 This man I'm married to has been on a break from school since before the Titanic. It's been mostly a good thing. Obviously I love having him around. And we

This time in Strangerville, Eli had "take your Meg to work day," Skylar is setting up puppy playdates with Meg's children, and a woman's attempt to friendzone a dude goes very very badly. Story Friendzoned, by Jess (music by Lobo Loco [https://freemusicarchive.org/