Since 2011, I've been receiving emails from all of you on all sorts of topics and for all sorts of reasons. Some of the emails contain photos of you wearing Snuggies.

Some of them include links to important pictures of terrifying chickens. Often they are even thoughtful responses (or criticisms) to something we've talked about on It Just Gets Stranger or Strangerville. I love your emails. They have been wildly important to me so many times over the years. There was one time where an email I received from the Strangerverse was especially impactful in both a hilarious and deeply meaningful way. For the past few years I've been meaning to produce a Strangerville segment about that email. I finally got it done. #amazing #GreatFollowThrough.

Please check out this week's Strangerville. I've also included a snippet below from today's story. I think this is called a teaser? Is this a teaser? Netflix should hire me.For the non-podcast savvy folks who don't use Spotify or any podcast apps on your phone, you may play it here:

I was 28 when I found myself preparing for my first ever tropical Christmas, up on a hill in the Equatorial island nation of Palau. I had moved to Palau just a few months earlier.

Not accustomed to the inconveniences I hadn’t really anticipated prior to relocating myself to the opposite side of the planet, I found myself in an almost-unconscious funk—I recognize it as depression, now, but I don’t know that I was willing to see it so clinically in December of 2012.

Of course, it didn’t really feel like Christmas. It was hot, for one thing. Each day brought identical weather year-round. A 6:00 AM sunrise. Blistering heat and humidity you could nearly swim through for most of the morning, except during a torrential downpour that lasted an hour. Blistering heat and humidity again in the afternoon. Another torrential downpour from the clouds above quickly brushing by our dots in the sea. A 6:00 PM sunset. And then muggy darkness for the rest of the evening.

The evenings were unbearably quiet, but not even remotely silent. The jungle sounds humming and roaring through the lightless streets were not human-made, and they had the remarkable ability to make me feel more alone and isolated than if I could hear nothing at all.

I spent most of my evenings cooking and baking and writing and trying very hard to not let myself wonder if I had made a mistake in moving to this country.

Eventually I’d climb onto my bed and try to sleep, tossing and turning for a while. A slew of deeply personal issues kept me up most nights. I’d often give up on rest and eventually go sit on the balcony, gazing down at a dark bay below reflecting the moon.

I guess I was surprised when a quickly approaching Christmas made me even sadder than usual. I had previously convinced myself that I didn’t care much about the holiday. I don’t think I had noticed how much the normalcy of cold weather, catchy Christmas tunes played in supermarkets, and scheduled family events would matter to me as I lie under a ceiling fan, shirtless, wondering if a rat who had recently broken into my apartment was still inside.

It was a Saturday when I got the email. Saturdays were sort of the worst part of the week for me. At least during the weekdays I could distract myself with work. Monday through Friday I was expected to be somewhere so I could usually force myself to get out of the house. Saturdays, though, what was the point?

The internet functioned slowly and sparingly throughout the islands; I would often attempt to check email several times during the day in hopes I had enough of a connection to log in just once. Around 11:00 that Saturday morning an email hit my inbox—it was from someone in the United States I didn’t know—someone who was reading my blog.

I had been receiving quite a lot of emails like this one. Only months before I moved to Palau, a large number of people started reading the blog I had been writing for five years. This new welcomed audience of internet strangers was a wildly fortuitous thing to come into my life at a time when I desperately yearned for connection and distraction.

I’d receive emails daily from people I didn’t know—people who were sending me links, and pictures, and humorous messages to include in my blog content. I loved all of these. But on that one particular Saturday in December, I was not totally prepared for the message I opened. “I hope you’ve seen this masterpiece,” the email read. “If not, you’re welcome.”

For the rest of this story (and a rant from Meg about bras) please listen to this week's Strangerville while you're cooking or walking or staring into a mirror and telling yourself how pretty you are (which is not a lie). 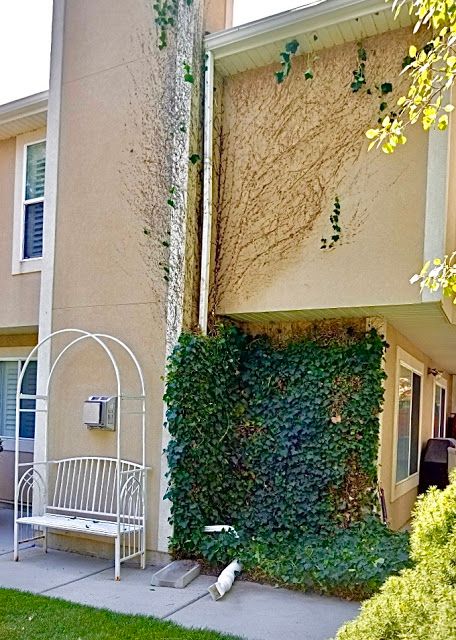 My parents have this Jumanji vine consuming a whole side of their house. They planted it back before the war when they were young and dumb and so full of

This time in Strangerville, all Meg and Eli care about is money, if you wear a mask you don’t have to wear a bra anymore, and we go on a journey with internet sensation, Jan Terri. Story Excuse My Christmas, by Eli McCann