Two days ago I got on a flight and I was seated next to a middle aged man who AND I'M NOT JUDGING seemed a little cranky. I'm not judging because planes. Planes are terrible. I get it. I'm usually in a bad mood, too. But I smile through the tears so people mostly don't know it.

Anyway, after we were seated for a minute or two he suddenly extended his hand in my direction and I don't know. I don't know why. But I immediately thought, "well this jolly man wants to make my acquaintance!" and the next thing I knew I was shaking the hand of a cranky seatmate who was absolutely not intending to shake my hand but instead was just reaching for his seat belt.

AND I HAD TO SIT NEXT TO HIM FOR THE NEXT ONE HOUR AND TEN MINUTES.

I wrote an article about going to see Titanic with my family for the first time.

Did you hear Steve Martin is Mormon?

In honor of the upcoming show, the funniest Academy Award moments.

For my Schitt's Creek fans: some more of A Little Bit Alexis.

Come find us on The Facebooks.

If you have something you would like to include in Pictures & Distractions, please email me at itjustgetsstranger@gmail.com.

This time in Strangerville, Meg and Eli are not abstract thinkers and they do not believe anyone else is. And Jolyn is faced with some tough questions when she comes across a man harassing women at a concert. Story Concert Harasser, by Jolyn Metro 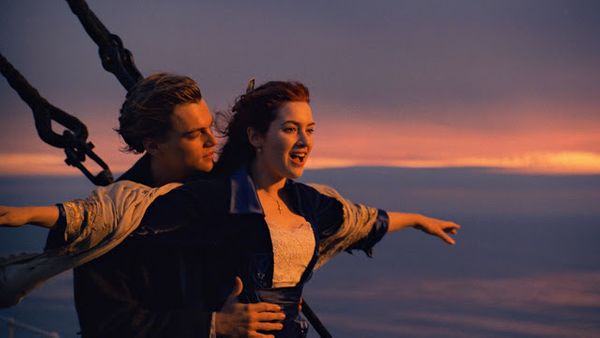 My father issued the decision in the tone of a president contemplating war. My mother nodded slightly as he spoke, her lips pursed, her hands resting dignified on her lap.