Matt got married this weekend. We were disappointed with this because we had fully planned to have him live in our basement one day and be "oh that's just grumpy uncle Matt," which is how we imagined our children would explain him to their friends. But I admit, we are quite happy for him. Matt is one of the best people I've ever met and his happiness makes me weepy. And that makes him roll his eyes a little.

The wedding was in Vegas, where Matt and Jace live. I set them up two years ago. I met them both within the same month, seven years ago, when Jace was living in my same apartment complex and Matt and I started a torrid love affair that lasted all but two months. Jace wasn't out of the closet at the time, and Matt and I became best friends following our brief foray into romantics.

About twice a year Skylar will suddenly say, "I still don't understand how you and Matt ever dated."

To be honest, I'm also confused. We were not a match in that way. But when Jace came out a few years ago, it suddenly hit me that he would be perfect for Matt. I was right, and the two immediately hit it off and on Saturday I ugly cried (UNPROFESSIONAL) while officiating their gorgeous wedding.

Vegas is only a six-hour drive from Salt Lake City, and we would normally have driven, but Skylar has been so busy with rotations or black market cock fights or affairs and so we couldn't leave for the Saturday wedding until late on Friday and that meant we had to fly.

Skylar's parents have become close to Matt and Jace and so they were invited to the wedding and they flew down from Portland for it. (My own parents wanted to attend, but my mom was worried about my dad traveling for it because, as it turns out, it takes a very long time to recover from Covid.)

Skylar's parents were staying in our same hotel and they checked in hours before we arrived. Skylar and his dad have the same first and last name (sorry if it feels like I've been LYING to you, but Skylar's actual name is "John" and he just goes by "Skylar," his middle name). So when Sky went to check in, the hotel discovered that they had given his father the room we had booked.

The reason this mattered is we booked our room nearly a year ago, and it was apparently a slightly better room than Skylar's parents were able to book when they made arrangements last month and the hotel was almost completely full. When the front desk discovered they had given Skylar's parents the slightly better (but still very normal and modest) hotel room, they were apparently "so sweet and apologetic." This is how it was described to me.

Skylar has a way with everyone, but especially customer service personnel, where no one wants to disappoint him. Not because he's scary. Not because he's mean. It's because he's so charming and nice and people don't want to let him down. I get it. Whenever he seems sad or disappointed I nearly start crying and do whatever I can to stop this. No one this pure should experience discomfort. This is an actual superpower and the United States of God Bless America would achieve world peace if they made him president. I know this to be true.

So I wasn't surprised when Skylar walked over to me and said, right after telling me they were "so sweet and apologetic," that the hotel "gave us a free upgrade."

"Of course you somehow got us a better room than we paid for," I told him as we started making our way down the hallway. This isn't my first rodeo with Skylar checking into hotels. He used to have to travel to Santa Barbara for work frequently and one time I went with him and when we walked into the hotel lobby the staff cheered. But never have I seen him achieve what he achieved this weekend.

Gurl. When we walked into this thing I immediately made Skylar go back to the front desk to address what was clearly a huge mistake. "There's no way they meant to give us a key to this palace," I told him. The private patio alone was bigger than our entire property at home.

Skylar left to go talk to them again and when he came back he said "they told me it's not a mistake and apologized several more times and asked if we need anything else."

Skylar is living in a different world than you and me.

We at least had the perfect venue for an after-wedding party and sleepover with Mr. Ollie Pants, whom we stole from Matt.

This time in Strangerville, did you hear about our kidney donation? Meg is trying to potty train a human and there is pee everywhere. And an Amish man anonymously writes about his experience living in his community in the closet.

Stepping Out, by Anonymous (read by Adam Berg) (music by Benny Martin Piano) 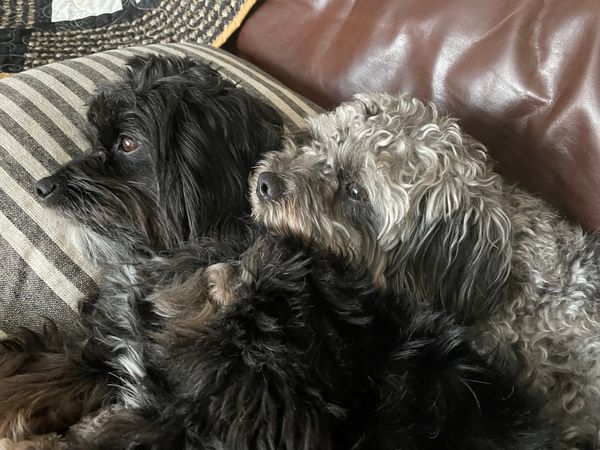 Almost the moment we walked into our house on Sunday night after getting back from the Vegas wedding, a small cough erupted from the inner-most depths of my soul. We 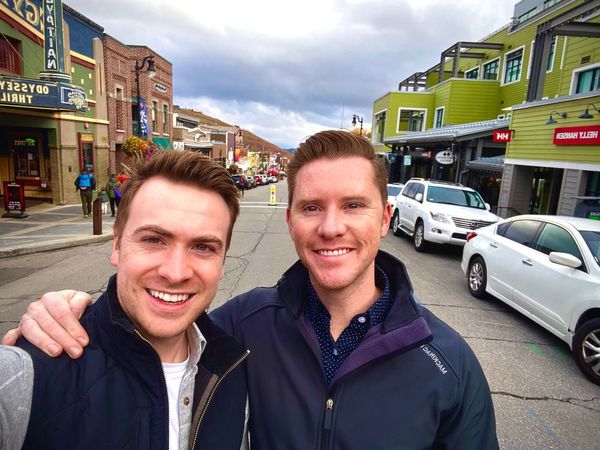 I know this seems like the anniversary that will never end; I promise this is the last of this. Each year I write Skylar a letter on our anniversary (he