My husband has decided to turn our backyard into a vineyard.

I found out about this when I overheard him asking Matt if he could borrow several power tools, which he called by their proper names, like "that drill thingy and that saw thingy." He had called Matt and I heard the conversation from the next room over. The second they hung up Matt called me to let me know that Skylar had plans to destroy something. That's what good friends are for.

Skylar told me he was going to drill some holes into a wall at the back of our property (a wall that does not belong to us) so he could attach some wire contraption to some long screws and somehow wrap wire around this so he can grow his alcohol and sin like he thinks we live in Napa Valley NOT THAT WE KNOW WHAT NAPA VALLEY IS.

The saw thingy was apparently for an unrelated kitchen demolition project which has since been completed and I've tried not to ask too many questions because my new thing is letting disaster befall me without wasting energy on fruitless attempts to stop it. #2020 #apocalypse #INeverSpellApocalypseCorrectlyOnTheFirstTry #yolo


Skylar is studying for "the biggest exam of my lifffffee!!" right now, which is happening in June because I guess some things still matter. He literally rolls out of bed every morning, plants himself at the kitchen table, studies all day except for quick breaks in which he has to talk me out of shaving my head, and then he finishes up and goes to bed around midnight.

Anyway, Skylar decided Saturdays would be a sort of break day for him where he gets to do some task that isn't studying, and it's in these breaks that he has taken on his side gig as a construction worker/Mediterranean gardener.

I'm basically married to half the village people over here.

Yesterday he assembled a planter box and filled it and some pots with vegetable plants. Ever since, he's been talking about this yard work like we're mountain survivalists.

I'm grateful that he's suddenly taken an interest in self-sufficiency. It probably means I'll feel less lonely later this year when I embark on my annual nervous breakdown in which I can 300 quarts of applesauce even though, as it turns out, we absolutely never eat applesauce.

Bless him. Bless me. Bless us all.

By the way, I have a new article on The Beehive. Please go check it out.
And finally, we have a really amazing Strangerville for you this week. Please enjoy.

This time in Strangerville, social distancing has given us a time to take a breath. Will we remember what we’ve learned? And a woman explains what it looks like to lose a parent during a pandemic. 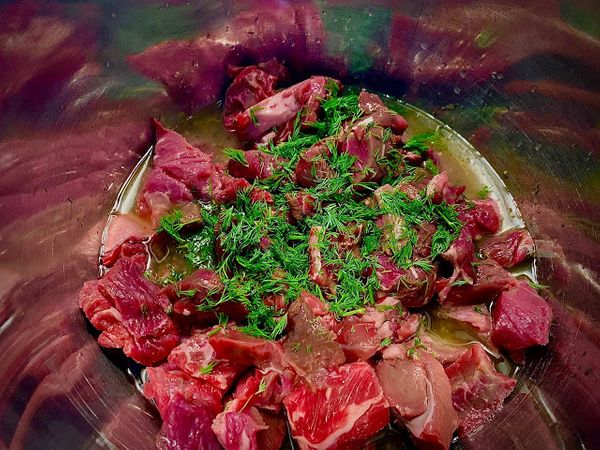 This time in Strangerville, social distancing has given us a time to take a breath. Will we remember what we’ve learned? And a woman explains what it looks like to lose a parent during a pandemic. Story: Grief From Six Feet Apart, by