Eleventy hundred years ago I wrote a post sharing my borsch recipe and periodically people will email me to say that they used it to make borsch themselves and I get embarrassed about this because (A) that post is a big ol' mess and (B) WTF else are people finding on this site from 2007???

So, I decided to do a new borsch post that should be easier to follow. This takes a full seven eternities to make, but we all have at least that much time every day in our houses right now so you might as well fill it with garlic and beets and dill.

Also, about twice a year I get an angry email (usually from some Russian) about how my Ukrainian borsch recipe is incorrect and I should be ashamed of myself. Let me preempt your rage, if you plan to fall in this camp: this is how I learned to make Ukrainian borsch from a Ukrainian babucia in her Ukrainian kitchen in a tiny Ukrainian village in western Ukraine in 2003. If you have a problem with it, take it up with her (in heaven). I wouldn't recommend it though. She told me once she was literally on Stalin's enemy list, and well, you can piece together who lived five decades longer between those two.

Ingredients (This will fill a giant pot. You could easily cut everything in half and still feed an ugly family of six):

Preliminary Step: Stop calling it "borsht" with a "t" on the end. Ukrainian borsch is not pronounced that way. It ends with a sh-ch sound (the same as when you say the words "fresh cheese").

1. Coat the bottom of your large pot with vegetable oil. Toss in the meat, an alarming amount of dill, rosemary, salt, and about a cup of stock. Cover and slow cook on low for several hours. Just start this first thing in the morning and plan to come back to your pot in the afternoon.

HOT TIP: If you need rosemary, come to my house and get some. We sorely underestimated the size of rosemary bushes when we planted THREE of them two years ago and now we have so much rosemary growing in our backyard that we are on several government watch lists.

Seriously. Come get some. My address is 856 East NICE TRY ROBBERS lane!

2. Add the rest of the stock to the pot and bring it to a boil. Chop the potatoes on a dirty cutting board your husband claims he washed but clearly he didn't because there's some shit on it and no I'm not cleaning it off myself because I care about cleanliness even less than he does so if this is fine with him well then it's fine for me, too buddy. Toss the potatoes in the pot.

Speaking of husbands, do all of this chopping next to a "carbonator" that your husband said you absolutely needed and "I'll use it every single day!" and now it's taking up precious counter space and it has only been used like 5 times in the last year.

3. Chop up about 3/4 of the head of cabbage. Put the rest in a bag and let it rot in the fridge for 6 weeks before throwing it out. Toss the chopped cabbage into the pot. Once the potatoes seem to be relatively softened, turn the pot to low and let it simmer.

4.Peel and grate the carrots and beets.

There are two methods for grating beets. The first is simply using a KitchenAid. The second is taking up drinking and using a hand grater. The first way is better for your liver but the second way will give you red murder hands for the next week.

As an expert chef, I have mastered combining the above two techniques. I'll let you fill in the blanks.

6. Toss the shredded carrots in with the onion and sauté for about 10 minutes.

7. Mix the beets in with the carrots and onion. Pour about a cup of the stock from the pot into this. Add a few more of the garlic cloves and some salt to this mixture. Cook for about another 10 minutes, stirring occasionally.

The beets will sweat (or perspire, if they're ladies) until the carrots are red and nearly indistinguishable from the beets.

8. Pour the beets/carrot/onion mixture into the pot and watch the borsch turn into a vibrant red.

It should be the color of the blood of your enemies.

10. Serve with a dollop of sour cream and fresh bread for dipping.

Use these specific handmade bowls you bought in Belgrade Serbia in 2015. If you don't have these exact bowls, dump the entire pot of borsch down the garbage disposal because congratulations: you've just wasted your whole day.

This time in Strangerville, Meg and Eli are married to men who make them feel like bad, selfish people. And a woman gets much more than she bargained for when she agrees to give a stranger a ride to a service project. Story: Rideshare, 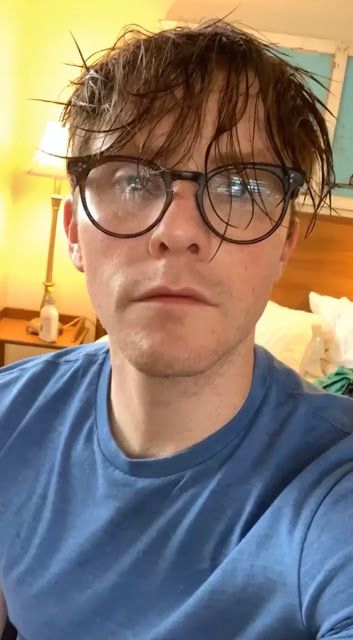 My husband has decided to turn our backyard into a vineyard. I found out about this when I overheard him asking Matt if he could borrow several power tools, which