Skylar started his "rotations" this week, which as I understand it roughly translates to "wander around a hospital trying to look busy so no one asks you to clean up poop."

His first rotation is in gynecology. They do these rotations in part to help the students try to figure out what kind of doctor they want to be. I already nixed gynecology for Skylar after I imagined a likely future scenario in which he calls from work every evening and says "I got gabbing with my first patient—she was a GODDESS—and then missed all the rest of my appointments for the day so now I have to work until 4:00 AM."

When he first started medical school I made a lot of jokes about what kind of doctor I needed him to be—all motivated by selfish reasons, of course. The list included only specialties that could give me access to cheap elective cosmetic surgeries and an ocean of botox. After a while I became worried that my jokes would get taken seriously so I way over-corrected and started giving a weekly speech about how I didn't care at all what he did as long as he was happy. Within 24 hours he started leaving open on his laptop applications to professional improv groups.

Ok, that last part isn't true, but if he had enough time right now to be funny it would be.

The point is, I need him to make us all look young again but I need him to think it was his choice. That way I can seem pretty and supportive.

The need to engage on the eternal quest for youth all came a little too close to home on Sunday when we saw my five-year-old nephew, Ander. He was in the back seat of our car when he asked it.

Ander: Is Skylar your little boy?

Ander: Yeah. Are you his dad and that's why you live in the same house?

Ander: Oh, yeah. Are you married to Matt, too?

It was straight up that scene from The Parent Trap where the British twin who is pretending to be the California twin thinks her dad is going to adopt Meredith when he's trying to tell her he's getting married. "I've always wanted a big sister!"

And, yes. I know I referenced the incorrect The Parent Trap above. But referring to the original version instead of the Lindsey Lohan version would probably not be a good look for me as I'm licking my wounds from a five-year-old assuming I'm old enough to be my 30-year-old husband's father.

This stinging question could not have come at a worse time. Skylar and I have been engaged in an ongoing feud in which we make people we meet uncomfortable by asking them to guess which of us is older. Most are too afraid to answer what is clearly a very loaded question. The results are mixed, and largely affected by who has been sleeping less lately.

I'll probably regret this, but here's a poll for you to weigh in:

Who looks older?
We once asked a woman this question at a restaurant and she responded, "I don't know. You both look really mature." which was absolutely not the answer we wanted. She also didn't ask either of us for ID when we ordered devil's drinks, an offense that cannot be forgiven.

Anyway, Skylar is a gynecologist right now, I have eye wrinkles, and The Gay Agenda may have ruined my 5-year-old nephew's ability to understand monogamous marriages.

P.S. I apparently forgot to actually embed this week's Strangerville on the last post, so here it is: 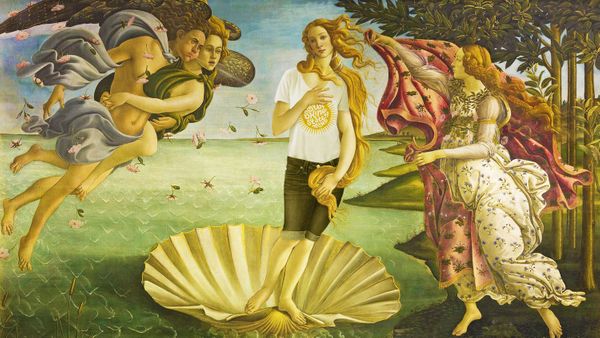 This piece was originally published by The Beehive [thebeehive.com]. I saw a stupid clickbaity article the other day, “The Race for the Song of the Summer 2020!” Can you

On Wednesday I had one of those days where everything just a little bit sucked more than usual. I don't remember how it started. Technical difficulties. Ants in the kitchen.