On Wednesday I had one of those days where everything just a little bit sucked more than usual. I don't remember how it started. Technical difficulties. Ants in the kitchen. An annoying work email, or two. Finally around 2:00 I decided I was just going to go for my long run and clear my mind.

I don't know why I can't seem to remember that it's one hundred eleventy degrees at that time of day this time of year. I keep doing this. I take off and about two or three miles into the run there is enough sweat pouring off of my body that Utah is technically no longer a desert. But by that point it feels too late to quit, so I just keep going.

I do the same run every other day or so. I head down my street and climb to the top of the Avenues in downtown Salt Lake City. Then I run across a road that overlooks the entire valley until I reach a small canyon, nestled in some trees, a lovely little creek winding through it. Eventually the canyon feeds right into Temple Square at the heart of the city. Then I make my way back home, past the Governor's Mansion and several dozen pioneer-era homes converted into bed-and-breakfasts and law offices.

It's a pleasant run--about 12-14 miles, depending on how many detours I decide to take. This has been my best COVID-19 therapy.

But it's much less pleasant when I decide to attempt it at Satan o'clock.

I think it must have actually been around 95 degrees on Wednesday when I left the house. By the time I reached the halfway point, I was already wondering if I could possibly make it all the way back home. A mile or two later, my left heel started aching, to the point that I couldn't keep running.

I was about 5.5 miles away from home at this point.

"No matter!" I thought. "I'm quite popular and I know everyone in this entire city and they all love and cherish me as a person! I'll just call all of them and they will come rescue me!"

I didn't have my actual phone on me--just an Apple Watch. I wanted one of these because they seem so convenient and I loved the idea that I wouldn't have to carry my giant phone with me anymore on long runs. But I can never seem to get mine to work properly or consistently. About 75% of the time I try to play podcasts it won't work. Calls constantly fail. I've only had the damn thing for over a month and the GPS or something has already stopped working so now I'm supposed to go spend 40 hours in an Apple store where I'll have to wander around trying to figure out who the hell works there and yes, I'm aware that I'm starting to sound like a boomer BUT MAYBE THE BOOMERS HAVE A POINT SOMETIMES.

I had been complaining to Meg about the Apple Watch and then she got one and was immediately like, "I don't know what your problem is. Mine works perfectly and it just mowed the lawn and filed my taxes." Now my only explanation is that maybe Apple Watches are homophobic.

The point is, I called everyone on the entire planet on this Apple the Watch of God Bless America and every single call went straight to voicemail and I was so frustrated because I couldn't tell if this was because people don't love me or because the Apple Watch doesn't think I deserve rights.

I ended up walking the entire five or so miles home and when I got there I saw that Skylar was on a Zoom meeting.

I had told him I was going to make dinner and had asked him to pick up some things from the store. We would be eating a broccoli-based stir fry, so I told him to buy a few large heads of broccoli. I walked into the house, looking exactly like Carrie just after prom:

I crawled into the kitchen, drank all of the water that has ever been pumped through Salt Lake City, and then looked at the ingredients I had asked Skylar to pick up.

A reminder, in case your attention span is only 9 seconds, I had asked him to pick up a few large heads of broccoli for this broccoli-based stir fry.

So wtf was this?

I texted this picture to Meg and she said "it's broccolini. You'll be fine." which was not helpful. I needed her response to be, "you are right. That is an abomination.

You are extremely talented and your beauty is legendary in Iceland" but not everyone is the ally you need at the exact right time.

Eventually Skylar ended his call and came into the kitchen to find me in a near fugue state. He looked tired.

He saw me, sweat still dripping from my brow, tears forming at the edge of each of my eyes, as I drove a butcher knife through some damn broccolini, trying hard not to think about the work emails that had piled up from the morning.

Skylar wrapped his arms around the back of me and apologized for not answering my call.

"Thanks for making dinner."

Please enjoy a deep dive by Meg and me into Miss Congeniality for this week's Strangerville:

This time in Strangerville, enjoy a conversation with Meg and Eli about the 2000 cinematic masterpiece about sexual harassment in the workplace, Miss Congeniality. And please subscribe to the Hive Mind Podcast. 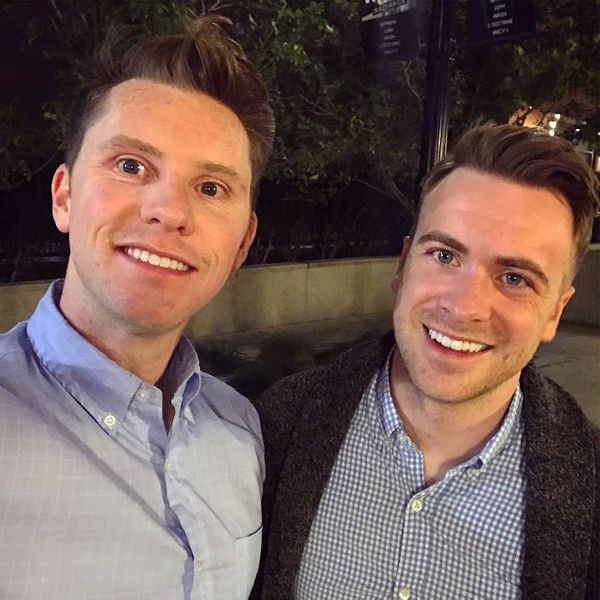 Skylar started his "rotations" this week, which as I understand it roughly translates to "wander around a hospital trying to look busy so no one asks you to clean up

This time in Strangerville, enjoy a conversation with Meg and Eli about the 2000 cinematic masterpiece about sexual harassment in the workplace, Miss Congeniality. And please subscribe to the Hive Mind Podcast [https://podcasts.apple.com/us/podcast/hive-mind/id1487676016]. https://traffic.libsyn.com/