It was June. I went for a run around my city. This was a Saturday and it had been a very hard week in the exact middle of a very hard year for all of us. Riots had broken out across the United States after George Floyd was killed. People were upset everywhere. We were all heartsick.

It's hard to put to words what that time felt like. We were several months into a terrifying worldwide pandemic by that point. Our lives were really shut down. There was bickering and yelling and turmoil over nearly everything in a lot of our communities. It already seemed like things were about as bad as they could get when things suddenly got so much worse.

I remember seeing the videos and articles and feeling helpless and sad and embarrassed at how much I didn't know what to do. I was thinking about that while on my run that Saturday when I suddenly came down a hill into the city center to find a large crowd and literal fire. They had overturned a police car and set it ablaze. I steered myself around the riot and ran the five miles back home.

That evening our mayor announced an early curfew because of the unrest. Around 10:00 PM I took Duncan out to go potty. I immediately noticed how quiet it was. Quiet in a way that caught my attention. I guess I thought before that moment it was always pretty quiet outside at my house at night. The sounds of cars humming down surrounding roads is such white noise to me that I never notice it, to the point that its absence is sort of jarring and unsettling.

I was barefoot, but I decided to walk out to my street anyway. Once I got there I just kept walking. I walked east one block until I arrived at a road that is usually pretty busy.

There were no cars. Nothing. The street was completely empty. I walked into the middle of it, still barefoot, and looked down it as far as I could see in either direction. Nothing was coming or going. No sounds other than those from a very delicate breeze. It was the most uncomfortable peace I can ever remember feeling.

As I stood there for a few minutes, taking it in and fully breaking the curfew of which I was well aware, I remember thinking that I would feel that moment for the rest of my life. I don't know if that really makes sense, but that was the thought I had. It was such a point in time—so visceral—so memorable—so specific.

We joke about the cliché, but truly, this year felt so, uh, well, Unprecedented.

There were ups and downs, sure—that's always the case. But 2020 was different. More complex than usual. The ups were quieter and harder to parse; the downs were loud and widely synchronized. Because everything was so strange, it's hard to know how we'll think about it all in the years to come. However that works out, I think I'll always remember this time through small moments rather than big events because I don't know how to digest it otherwise. But I don't know.

In 2020 I sat at the base of a waterfall with someone I love. I wrote a lot. I was in the British tabloids for a week. I ate too much junk food. I ran 200 miles every month. I learned how to be still. I discovered my neighborhood. I worried. I woke up to an earthquake. I woke up to a hurricane. I knitted three and a half sweaters. I cried a lot. Like, a lot. I watched my husband disappear into medical school rotations. I got to use the word "husband." I went fishing in the equatorial Pacific. I wore a mask. My face broke out. A lot. Like, a lot. I gained weight and stressed about it. I gained weight and decided not to care too much. I took the dog on long walks. I hugged Skylar when I was upset. That helped.

It's strange to get to the end of this year and simultaneously be happy it happened while wishing it didn't. I'd undo the mess in a heartbeat if I could. I'd take away your pain from it all if I had that ability. But I don't want to trade in the lessons or memories in the process, if I can help it.

"It occurs to me from time to time . . . that circumstance doesn't beget joy. On some level joy is a choice—one that I'll probably spend my whole life trying to figure out how to make, even and especially during times when that particular choice feels less reachable."

What a funny thing to have written just before I'd need to call on that wisdom and find out whether I really had it.

I started 2020 deciding this would be my Year of Perspective. I of course had no idea what was to come. I didn't know that theme would be the most challenging and important one for me to work through this year.

What started as an effort to be less uptight about inconsequential things turned into sort of a quest of survival as the world seemed to collapse around me. Everything began to feel so apocalyptic, and that had the remarkable effect of jolting me into putting my usual worries into perspective. That's for sure. But also, deciding that I was going to try to take in every piece of bad news with a dose of thought and a deep breath made the worst of this so much more manageable for me.

I found myself studying tragedies people have experienced in the past. I noticed early on that my mind and my hope gravitated to the parts of those stories that showed what was gained. The parts of those stories that showed how people overcame their own apocalypses. It made me look at our current situation differently, and wonder what we might later be grateful to have gained from this forced investment.

Normally I end this post wishing that the next year just gets stranger for us all. But I'll refrain this time, and hope, for once, the strange takes just the smallest of breaks.

This time in Strangerville, please please please do not take any medical advice from Strangerville. Please. We don’t know what we’re talking about and we don’t want anyone to die because of things we’ve said. Also, enjoy Eli’s story 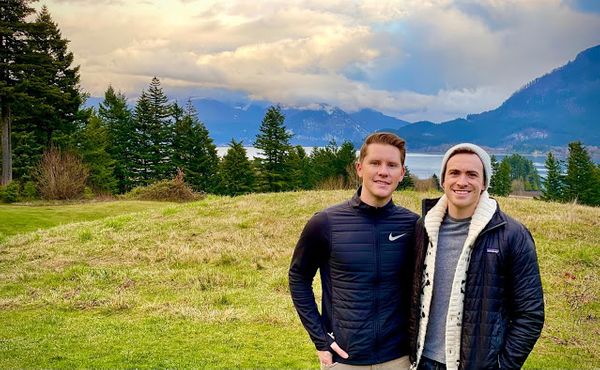 It's time for one of my favorite annual walks down memory lane. Below I've corralled a ranked 10 posts from this very ridiculous website. These are the pieces you most