One of the plus sides to living in These Unprecedented Times is many of my friends realized all at once that they could actually just go ahead and get really cute puppies. Key among these was Emily, who lives down the street from me and who decided to get a cavoodle (same as Duncan) named Jude.

Since we're all working from home, apparently in perpetuity, it made sense to us to start our very own little doggy daycare, which means every other day we each send our own dog to the other's house so Duncan and Jude can wrestle and nap for 9 straight hours.

We truly don't deserve our animals. Skylar and I have wondered for the past year whether Duncan is grateful to have us home all the time now. He seemed elated for the first week, but after that we noticed he started stomping out of rooms and hiding so he could nap in peace. If you've ever had a roommate who is home too much and you wish they would leave every once in a while so you could have some alone time, it honestly feels like that.

Duncan used to come cuddle on top of my feet while I worked during the day. Now he sleeps on the couch in the other room, occasionally walking into the office to stare at me in frustration if I'm taking a call.

One thing they don't really tell you about marriage is how quickly you're going to get into the habit of using the dog to argue.

"Duncan doesn't really like how messy you left the kitchen this morning. Don't shoot the messenger!"

That was already happening pre-Covid, but then it became so much worse once we were all stuck at home together and Duncan started acting like he was on neither of our sides.

Because our humble abode is a true democracy, all three of us have an equal vote in family decisions, which basically means that when Skylar and I disagree we have to make the best case for what we think Duncan's vote probably is. This usually involves manipulating him to coming over to a certain side of the room to sit next to one of us.

Last night there was a battle over the thermostat. This is a common occurrence in our house. I prefer a balmy 65. Skylar, if he had his wish, would set the temperature in our house at 85 degrees. He'd still complain that it was cold and he'd still drape himself in his collection of international sweaters, but he'd accuse me of murder less if I allowed this.

"It's freezing," he informed me of our 71 degree house yesterday. "I can barely feel my fingers." Skylar sat huddled on top of one heating blanket and with another covering him. "Can we please just turn on the fire before I die of hypothermia?"

"Sky. It's SO hot in here," I gasped, a bead of sweat dripping down my half naked body.

Our dog sat, huddled with Skylar on top of the two heating blankets, staring at me with the same quiet desperation that was pouring out of my husband. We turned on the damn fire.

This time in Strangerville, Valentine’s Day is a perfect opportunity for Eli’s husband to scam Eli, Meg was the kind of girl in high school who watched I Love The 80s on VH1, and a woman recounts her harrowing journey visiting an 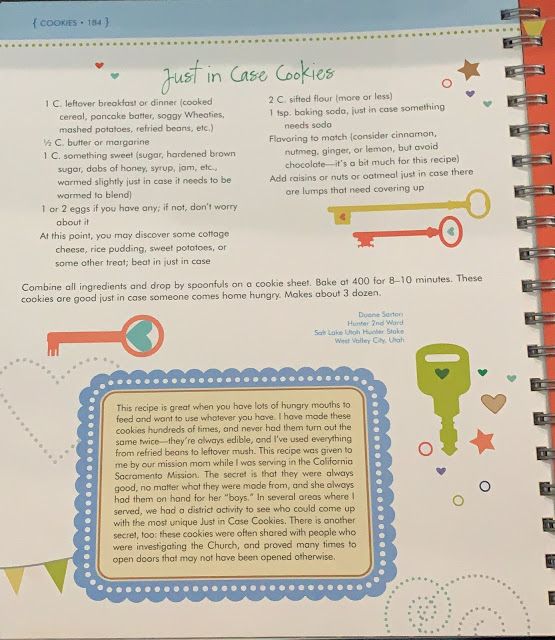 A few weeks ago @gimmeplants on Twitter posted a picture of an absolute abomination called "Just In Case Cookies." We talked about it on Strangerville last week. If you haven't