A few years ago my friend Emily bought a cabin in Michigan. Emily grew up in Michigan and now she lives in Salt Lake City down the street from my house and runs a two-dog doggy daycare with me every day where we pass Duncan and her baby boy, Mr. Jude E. Barkle back and forth and shower them with so much attention and treats that at this point if either of them experienced one single moment of inconvenience they would die from the devastation.

Skylar and I have an ongoing debate about whether our experience with Duncan is preparing us to be good parents or to raise an absolute monster. "I doubt we'll spoil a human child this much," I told him recently while fanning Duncan with a giant leaf as Skylar spoon-fed him organic peanut butter out of a glass jar. "Not when our first baby already requires so much attention from us."

Emily has to go to her Michigan cabin (near Traverse City) periodically to prepare it for spring or winterize it or write the next great American novel or something. She bought the A-frame cabin while it was in terrible shape and then completely gutted and remodeled (including massive changes to the layout) the entire thing. You can see the cabin, including fun renovation pictures, on this Instagram account.

Emily and our friend Anna decided to take a month and go work on some projects and hang out at the cabin. Thanks to These Unprecedented Times, they've figured out, like a lot of us, that they can work from anywhere, so they might as well work from probably-haunted A-frame deep in the woods.

Since Skylar no longer participates in our marriage*, and since I'm totes vaxxed now, I decided to take a long weekend and go visit them**.

*studies and works all the time

Let me tell you something about Michigan: it is absolutely gorgeous and lovely and green and bountiful and COLD. Like, so cold that people who live there fulltime should have to pay less in taxes compared to the rest of us and their names should be included on the next golden record we send to the aliens.

I thought it would be safe to go in April/May. "Oh, I'll bring a light jacket just in case," my Be Prepared Boy Scout Self planned. "That will be enough."

Gurl. It was not enough.

And don't @ me with your gender. "Gurl" is a gender-neutral term when I say it, and if I've said it to you, which I have if you're reading this, your only response should be a flattered blush and a whispered "thank you."

The jacket was not enough. Because it is winter in Michigan. Winter isn't coming. Winter is here. It lives here in the Michiganonian mountains and valleys. It breaths its halitosis breath across the great lakes and ambushes the citizens with an eternal hellish onslaught of torture.

Emily and Anna, whom I can only at this point describe as "hardy," traipsed the great frozen tundra in string bikinis and sunglasses. "You picked a warm weekend! How lucky!" they lied like a captive might once psychological torture has taken hold.

We wandered the north country, dipping our hands in lake Michigan and screaming. We drove, and chatted, and huddled down in a beautiful A-frame cabin. We biked across and around a small island. We ate comfort foods.

And now I return home, to another lake. A much saltier one. One where I once complained it was cold.

Never shall I do so again.

This time in Strangerville, a Twitter bot is cyberbullying Eli, Meg is harassing the neighborhood turkey, and a couple recounts their harrowing experience when a toddler goes to battle with a folding chair. 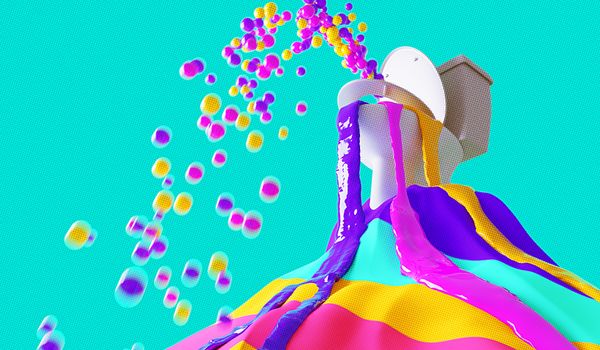 There was a yellow split-level house just on the next street over where Sandy Parker lived. She had a boy my age named Paul Parker. Paul Parker’s large round

This time in Strangerville, a Twitter bot is cyberbullying Eli, Meg is harassing the neighborhood turkey, and a couple recounts their harrowing experience when a toddler goes to battle with a folding chair. Story: Folding Chair, by Kina and Travis Scott (Music by Jackson