We received an alert or several that a sly wind from the east was coming in. Apparently the air from wherever was about to cross over from Colorado and Wyoming and ultimately hit our quiet little Salt Lake City.

I'm told high winds can result when a huge build-up of cold air hits our mountains and then pours down them into our very lovely valley.

By early Tuesday morning all of those nannies from Mary Poppins were getting launched directly over my house as we legit had category 3 hurricane winds, which is not a thing I thought I'd say about my 2020 at 4,500 feet elevation, deep in the desert mountains of Utah.

As it turns out, high winds are terrifying. Nearly the entire city immediately lost power. I say "nearly" because somehow our house seemed to be the only place in town that had electricity (it's been a few days since the storm and there are still large parts of the city without power). My friend Emily came over to work from my house after this happened at her house:

It's hard to tell from that picture, but that's a massive 100-year-old pine tree that destroyed a garden and fence.

Our "work" mostly just consisted of the two of us sitting at my living room window watching massive trees fall on 19th Century houses and making our dogs put on pajamas.

The winds blew all day and it was honestly one of the more unsettling things I've been through recently. And that's really saying something on a year like this.

That afternoon I tweeted

And, yes, I was making a joke, but also, the tweet was accurate. We had that Earthquake back in March and it nearly caused me panic attacks for the next two weeks but there was something more helpless about the wind storm. I guess because the earthquake didn't really cause much damage, but we were watching our city get half destroyed from within my house that was creaking and howling.

If you don't believe me about this, please see this video, of which there were many like this, of the park just down the street from me:

When I bought my house there were no trees at all on the property. Sky and I have since planted about ten, but none are very large yet, and until yesterday, I've always been annoyed about this. Our little trees seemed to survive, although they are all much more bare now. I realized how lucky we were as I drove through town that evening to pick up some groceries for dinner.

It reminded me of being in Palau for a large typhoon in 2012. I had to weave back and forth down streets to avoid debris. Some roads were completely blocked off by massive trees that had either fallen on them or ripped them out when they fell.

I got to the little grocery store half a mile away. The power was out but they had the doors open and they were letting people come in and shop. The inside of the store was extremely dark, and we wandered the place in face masks using our phones as flashlights. And, I don't know. Once I got halfway down the baking aisle, which was already bare because of the Pandemic, I just started laughing. None of this was really funny. I don't know why I was laughing, exactly. Maybe it was hysteria. I don't know. I just started laughing. And laughing. And I couldn't stop laughing.

Eventually I caught the eye of a woman holding two bags of flour. She looked like she had had it with that day. She saw me laughing and I immediately said "I'm sorry. It's just that--" and then she cut me off and said "it's easier to laugh than cry?" And then we both started laughing together, in the dark, using our phones as flashlights, and y'all. I know there's a pandemic, but this woman grabbed my arm and I grabbed hers and we both just stood in this aisle laughing together for a few seconds and honestly, I could tell right then that this was going to be one of the most memorable moments I'll take away from this apocalyptic year where people are still great.

This time in Strangerville, Meg and Eli survive a mountain hurricane and Rebbie Brassfield talks about what it was like dating at BYU. Story BYU Dating, by Rebbie Brassfield (Music by Less Hayden [https://freemusicarchive.org/music/Les_Hayden/Proverbs_1720/Les_Hayden_-_ 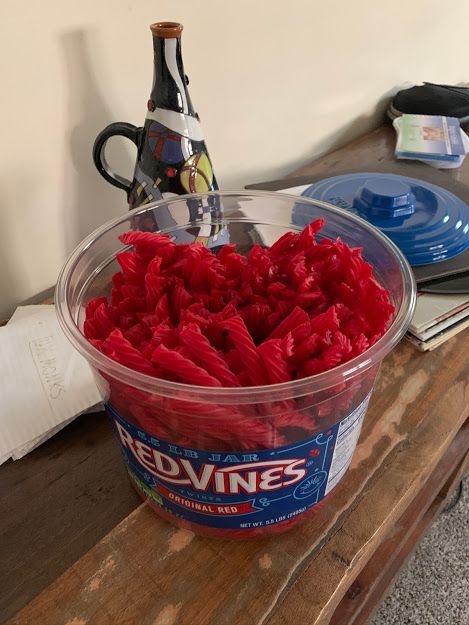