I had forgotten that some time ago I gave Skylar the login for my account and it seems he, from the next room over, decided to go ahead and place a Costco order without bothering to consult with me about what we should buy. I suppose that was fine. We've nearly committed personal hate crimes against one another inside a Costco in the past. I'm 100% positive that no relationship exits a Costco in better shape than when it entered.

But you'd think we could engage in online shopping without getting the divorce lawyers on the phone. The bulk of our historic Costco contention really centers around navigating the army-tank carts around entire family reunions in order to gather more cheese than we could ever possibly consume and then stand in a line that wraps around the entire solar system twice just to get back out to the parking lot that stretches to Prince Edward Island.

Speaking of buying more than we could ever use: the last time Skylar did an Instacart order he accidentally bought 2,000 garbage bags. We don't go through a lot of garbage bags. After they were delivered he calculated that at our current rate, these bags could last us up to 35 years.

I WILL BE IN MY 70s BY THE TIME WE NEED TO BUY MORE GARBAGE BAGS.

The point is, suddenly a very angry woman arrived at our house and started chucking boxes of sweet Costco merch, including FOUR loaves of bread, somewhere around 200 cans of Diet Coke, AND, and I'm really not kidding you here, ANOTHER 2,000 GARBAGE BAGS BECAUSE HE ACCIDENTALLY CLICKED REORDER.

He also ordered a bag of coffee beans that is honestly so big I can't find a place to store them. And they're not even good coffee beans. I mean, real talk here: all coffee is actually kind of gross and I've just spent the last seven years convincing myself that I like it and I'm pretty sure everyone else is kind of faking it, too. But these beans are extra bitter and gross.

But the reason I'm writing to you today is because as Skylar was unloading the items from the pallet, he suddenly said "ok, I bought kind of a weird thing."

I braced myself for a My Little Pony doll or a prostitute or something but instead he pulled out a very large container of Red Vines.

Not the strangest thing I've ever seen. I mean, I didn't previously know he was into Red Vines, especially in bulk. I've never seen him express an interest. But we don't have to end our marriage over this. I told him this was fine, and I really meant it. His decision to eat Red Vines was not a big deal to me. UNTIL

Yesterday I walked into the room he has recently commandeered as his study space and I found the container of Red Vines open and unattended.

Like the responsible grownup that I most definitely am, I marched out to find Skylar and inform him that if he can't take better care of his toys, we might have to get rid of them. He asked me what I was talking about and then said, "oh. No. I did that on purpose. I'm letting them get hard and stale so I can eat them."
?
?
I'm not sure. I don't know. My marriage training classes* did not equip me to handle this.
*Episodes of Ricki Lake in the 90s
Please enjoy a Strangerville about Waterbeds.

This time in Strangerville, Meg got botox, Eli caused a scene in a store, and a woman tells a story about her grandmother’s waterbed.

Waterbed, by Heidi (Music by PC-One) 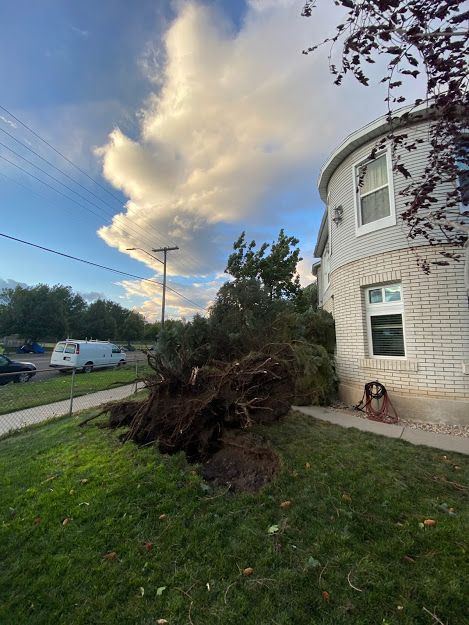 We received an alert or several that a sly wind from the east was coming in. Apparently the air from wherever was about to cross over from Colorado and Wyoming

This time in Strangerville, Meg got botox, Eli caused a scene in a store, and a woman tells a story about her grandmother’s waterbed. Story Waterbed, by Heidi (Music by PC-One) Production by Eli McCann & Meg Walter https://traffic.libsyn.com/secure/