"I'm the new Erin Brockovich." Skylar whispered that to me just now. He's sitting across from me at a tea shop near our house where we like to go on Sunday afternoons to write and read.

"That gas station they want to open next to the park! Not under MY watch!" He was typing furiously into his laptop as he told me that.

This isn't the first zoning request he has protested in our neighborhood.

"Kathleen Simpson and I got the city counsel to table that awful developer's plan to replace the high density housing down the street with ANOTHER CVS!" he announced one evening a couple of years ago after walking into the house. I didn't know where he had been and was starting to wonder when he got home. I retrieved the jacket he had just thrown onto the kitchen table, and held out my hand to take his gloves before they made the same journey.

"Kathleen. I told you about her. She's the organizer who posts on the community bulletin about zoning change requests. I really wish you would come to these meetings with me." He said that last part in a tone of disapproval.

"What are you doing about the gas station, Erin," I just asked him.

"We do not need another gas station in the neighborhood. And especially not right next to a stream that feeds the lakes. And not next to a park where children are playing." He then told me he's explaining all of that in some emails to local officials.

He's one of those people—the kind who doesn't just complain about issues on social media—the kind who actually attends meetings, donates money, shows up.

"Where are you?" I asked when he answered my phone call one Saturday afternoon in 2018.

"Oh, I thought I told you. I'm out canvasing door-to-door for Shireen."

Shireen was running for Congress at the time and we had recently gotten to know her. Sky had just moved to Utah about a year before this.

"Hi, Eli," I heard the voice of my friend Emma yell into the phone.

"I recruited Emma to come with in case I needed a Spanish speaker," he explained.

"You didn't think to invite me?" I asked him.

"No offense, but I doubt I'll have any use for dusty Ukrainian today." I heard Emma laugh in the background.

He picked up some packets for Becky Edwards last month. Becky is running for senate against Mike Lee and, this may shock you, we don't particularly care for Mike Lee. We met Becky when she told a story on Strangerville last year and we quite like her. She has to collect infinity signatures by April in order to get onto the ballot.

"We'll get as many signatures as we can," he told the campaign representative. "We've had a campaign sign in our front yard for months already."

That afternoon I looked out the window and saw him marching up and down the street knocking on our neighbors' doors.

"That was pretty successful," he said when he walked back into the house with a now partially completed packet. No one can say no to that man. Trust me. I married him and I'm not even gay.

I was asked to speak at a rally for Becky yesterday. We brought friends and by the end of the event Skylar had convinced several of them to take home their own lawn signs and packets to start collecting signatures for the campaign. I was so proud of my Portland hippie.

He just pulled an airpod out of his right ear. "What's the name of that creek that runs through the park?"

I guessed that it was called "Emigration."

He started typing again and then pulled his airpod out once more. "I looked it up. It's Parley's Creek. We need to remember that for the future."

For the future of what, I'm not sure exactly. Maybe he'll need to cite it by name one day when he starts asking friends to come chain themselves to it someday to stop someone from building a Walmart on its banks.

"Don't you ever get tired?" I asked him one day when he told me he was going to attend some protest. He said the victims of whatever the cause was that day didn't have time for him to get tired. If I had a tail, it would have been promptly tucked between my legs.

It's inspiring, really. Even if sometimes exhausting or unrealistically aspirational.

"Do you ever wonder if you're just wasting your time? Like, will you really be able to stop the inevitable?" I asked him a while back when I saw him fighting an uphill battle on something or other.

"I don't know," he told me without looking up from his laptop where he was typing out yet another email to another official.

"But if the worst happens, it's not going to be because I sat this one out." 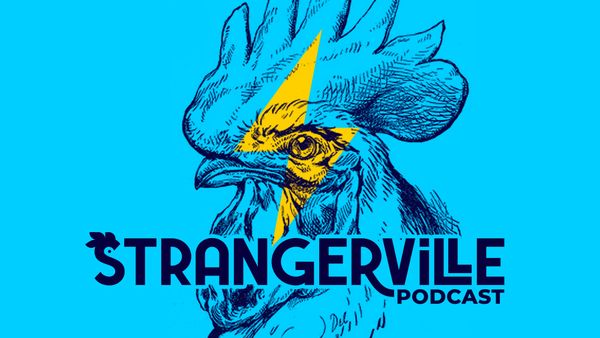 This time in Strangerville, Meg is going to Alphacon!!! Eli spent a few days with a stranger in Bosnia. A woman recounts an experience watching a recording of Fleetwood Mac 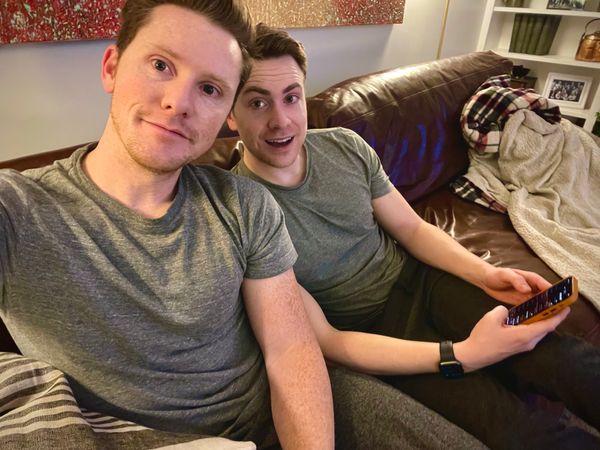 "Oh darn." Skylar was scrolling through his phone when he said it. "No reservations?" I asked him. "None. Well, none before 7:30, anyway." I was disappointed. We had been