Someone introduced Skylar to this TikTok trend months ago where a person tells their parent that they need to record a video for a scholarship where they have to explain how that parent has inspired them. They'll have mom or dad stand in the background as they talk about them, on video, and the child makes up embarrassing lies about the parent. The prank is to see how your parent will react. Will they just go along with it because money is on the line or will they start yelling at their kid?

Sky so badly wanted to do this to his parents over Thanksgiving break. He spent more time fanaticizing about this than he did planning our wedding. You don't know because you didn't live with us at that time, but it is almost impossible to spend more time on something than Skylar spent planning our wedding. I had no idea thread counts in tablecloths mattered until I decided to marry that man.

He spent the last four weeks brainstorming ideas, writing out speeches, deleting them because they were "too on the nose and my parents will immediately figure out it's a prank."

Finally, Thanksgiving week arrived. I told Skylar I absolutely could not be in the room with him when he did this because there was no way I would not immediately start laughing. So I sat out in his parents' living room while he took them in one at a time.

Skylar started with his mother. Unfortunately he forgot to hit record so we have no record of this. Once he got to a part where he said his mother "never learned to read and remains illiterate to this day," she started screaming at him "NO, WE ARE NOT DOING THIS YOUNG MAN."

Fortunately we have his dad on record for this.

I cannot tell you how happy it makes me that the thing that got him was not his meth addiction, but that he supported himself by turning to professional dancing.

I love these dummies. 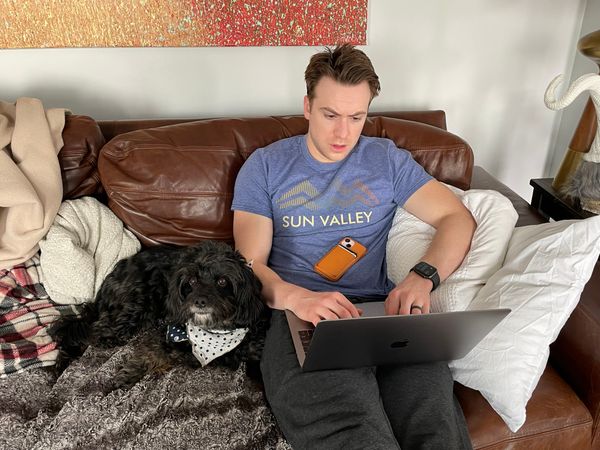 I was at the gym around noon today when I saw Skylar wander in, whistling, and carrying a GIANT jug with him. He doesn't normally go to the same gym 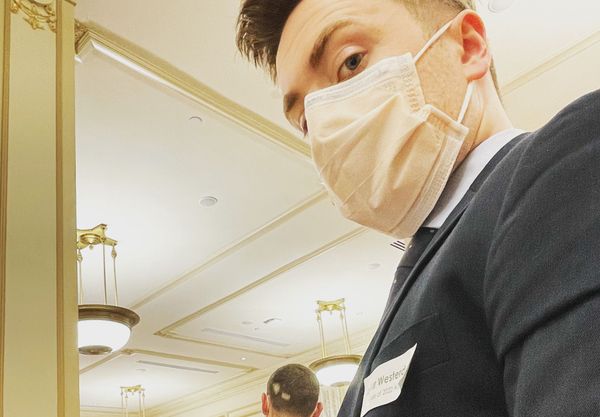 Skylar called me at 9:14 this morning. "Can you give me some Bible verse about arrogance?" he asked. "Huh?" I was in the middle of responding to a work