Salt Lake City has turned into the Jaws of Hell this summer and my Portland-born hippie helpmate is not having any of it.

I really thought the winters would be his biggest problem when he moved to Utah. The man can't enter a lightly airconditioned room without a padded hazmat suit. Sure, he was moving here from Wisconsin, which constituted a significant winter upgrade, but I expected him to spend his winters longing for summers.

He fixes himself in front of the perpetually burning fire in our living room, suffocating under enough blankets to crush a small child, cozily studying away. When it begins to snow he plants his face against the nearest window, beaming like a child or Mormon adult at Disneyland. "It's so beautiful," he'll say, as though he's never seen snow before.

"Duncan and I are getting out of here," his combative voice screeched at me Monday morning. "We're leaving."

I was pretty sure I hadn't done enough for divorce, and I've assumed I'm immune from it for the time being anyway considering that I'm currently our little family's human purse. "Ok," I said. "But, like, will you be coming back?"

Skylar told me that because we appear to be experiencing endless days of triple-digit temperatures, he simply can't be in Salt Lake City anymore. He's been getting up at 5:00 AM, when it is illegal to be outside, just so he can enjoy a few hours of pleasant weather before retreating to our basement to sit in front of a fan for the bulk of the day.

I reminded him that although this is a particularly hot summer, it does get hot every year around this time, and he has historically survived it so there's every reason to believe he'll do it again. I think he's noticing it more this year because he finally has some time off. Most years he's too busy working in June and July to realize we live in a desert furnace. Now, he has all the time in the world to notice things.

The shift from spouse-stretched-thin to bored house husband was more abrupt than I expected, as was the sudden need to give him what I'd call an incredible amount of attention.

He eventually clarified that he and Duncan had made some plans to drive to Park City several days this week to hang out at parks and dog-friendly cafes. "It's 15 degrees cooler up there," Skylar told me. "Plus Duncan has been really wanting to see Park City."

An hour or two later he packed up a picnic basket for two, deposited Duncan in his Subaru, and set off to the east.

That afternoon he texted me a photo from the mountain town.

"I talked Meg into bringing me her children."

This time in Strangerville, Meg might be having an affair with Eli’s gay husband, a conversation about extending grace, and a man shares the story of booking an Elvis impersonator for his mother’s funeral. Story Elvis, by Troy Williams (music by Benny 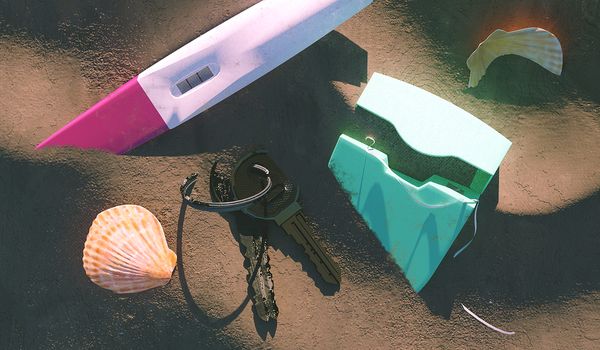 By Rebbie Brassfield [https://www.itjustgetsstranger.com/author/rebbie/] Like every idiot who moves to California, I had not considered the fact that I would never be able to settle