I sure love these kids . . . they sure require a lot of energy.

I found out that my sister Krisanda needed someone to watch her three kids on Saturday morning for about six hours and I volunteered thinking it would be pretty fun. I hoped the kids would all be asleep for about half of it but they were already up and active by the time I arrived at 7:30AM. Following is a schedule of my next six hours.

7:30-8:00 JJ rolled around yelling out nonsense while Kaylee and Kamree sang every primary song they've ever heard at the top of their lungs.

About 8:31 Kaylee tells me that she is going to help me "because you're new and you don't really know where stuff is."

8:31-8:45 The girls get dressed and not quite yet potty-trained Kamree insists on wearing her Care Bear underwear instead of diapers (my obliging was the 2nd biggest mistake of the day).

8:45-9:15 I fix the girls hair while they do mine (which was nothing more than running a brush roughly over the top of my head over and over until my scalp was raw.

9:16 I ask four year old Kaylee what these two kids were doing (referring to her younger brother and sister who were running around the room screaming) to which she responds quite dramatically, "they're not kids! (pause) They're family!"

9:17-9:40 Kaylee and I play Shoots and Ladders while Kamree and JJ effectively scatter the contents of Candy Land across the room.

9:40 Kaylee starts begging me to put on "Baby Mozart" which is a video for babies.

10:15-10:30 Kaylee and Kamree pull out every dvd in the house and throw them on the floor, finally deciding to replace "Baby Mozart" with Walt Disney's "Cinderella."

10:30-10:42 Kaylee asks if we can replace "Cinderella" with "Cinderella III" which I didn't believe existed until Kaylee pulled it out.

11:30-12:00 I determine by the smell that JJ needs a diaper change which Kaylee, who had been so helpful all day so far, immediately said in anticipation to my question, "I don't change diapers." She did however get them for me, as well as wet wipes which tragically and shockingly turned out to be completely dry when I reached for them during the traumatic experience while literally gagging and screaming "I can't finish! I can't finish!" Kaylee did try to help me by holding JJ's baby blanket up to my nose but eventually bailed as soon as the diaper was opened. Right in the middle of the worst part Kamree started to say like a broken record "I need go potty. I need go potty." I told Kamree to wait a minute (this was the biggest mistake of the day). It turns out that waiting a minute was not an option and the couch that Kamree had been sitting on turned out to be the victim in the situation. Due to the chaos of the diaper changing experience, "Cinderella III" had somehow gone back to the beginning.

12:00-1:00 At the objections of a four and three year old I am not allowed to forward the film to where we left off and we are forced to watch it again.

1:00-1:20 Kamree and JJ take every ornament off the Christmas tree that they can reach and create piles that they end up launching at each other pretty aggressively until I put a stop to it.

1:20-1:30 We argue about what to cook for lunch until Jeff comes home to relieve me.

Again, I love those kids. I hope to never change a diaper like that again.

I've just sat down to write because it feels like it's time to write again. I don't really have any story in particular to relate or any funny antidote to tell. I don't have any specific spiritually uplifting moment that I have the stamina 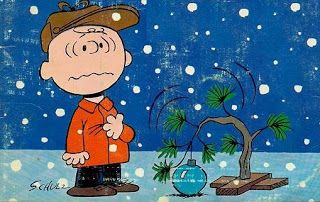 The second annual Moby Dick Turtlenog party was a complete success. After months of stressing and a long week of cleaning and setting up, it all came together about ten