I should be doing my homework (yes, although it doesn't seem to be the case, I actually am taking one class right now). But I kind of just feel like blogging. Maybe it's because the alternative is studying financial management which is tragically a constant reminder of my accounting days. Maybe it's because I just watched the republican party let the best candidate they've seen in maybe a hundred years slip right through their fingers. I just feel like blogging.
I visited Great Grandma Whittle the other day. She's doing well and despite her telling me over the phone that she had a cold, she seemed about as healthy as I've ever seen her when I went by even for someone who will turn 101 years in just a few months. I did make sure she had Vics to put on her feet though. I told her I would shovel her driveway but failed miserably when I realized that there was about a foot of solid ice under the light layer of powder. I did my best (aka sort of tried) for about 15 minutes but finally gave up and went inside doing whatever I could to prevent Grandma from trying to investigate my work as I'm positive it would not be up to her standards.
We talked about politics for a while, the conversation being sprung by my mention of her giant poster in her front window with only two bolded words: "STOP HILLARY!" When asking her about this she said as if a vote for Hillary would betray everything she's ever tried to stand for, "If anyone votes for Hillary in THIS family, they'll be hearing from me!" She then told me while dramatically looking out the window, as if she was symbolically watching the world's demise, "I pray every day that the Lord won't curse this land with another Clinton." So by the time she asked me who I supported through guarded expressions, I was very relieved that I feel the same way about the Clintons as she does; and I was even more relieved at her reaction when I told her I was a staunch Mitt Romney supporter and she inducted me back into the family.
After the political talk we turned on the news to catch some highlights of the press conference with the new first presidency and I realized that even though the world chooses some terrible leaders, as long as God has a hand in things, we'll always still have some great ones. One of His great ones died a week and a half ago and for those of us who admired him, there will always be a part of us that misses him because of his incredible example of how a person should be in a world that is far from the way it should be. But Heavenly Father has blessed us again with a prophet and for that I am so thankful because even though we sometimes make some terrible mistakes and often disregard good people and the morals they stand on, He still loves us enough continue to put those kind of people on our paths to further go about saving the world one good choice and one good example at a time. And while we may not all agree on who is best to politically lead this country, those of us who understand the divine goodness in these people don't have to worry about whether supporting them or not is making some kind of mistake. Still, a week and a half later I can't help but wonder about a world that floods the news with reports of people making terrible choices and contributing nothing positive to the world, stars behaving badly if you must put a name to some of them, but then only in passing mention some of the lives of some of the greatest people this world has ever known- Gordon B Hinckley to name just one example. I guess I'm just old fashioned like that. 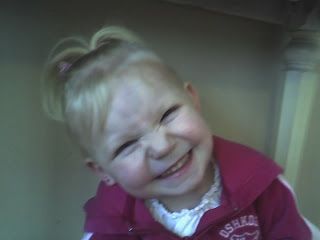 I've just sat down to write because it feels like it's time to write again. I don't really have any story in particular to relate or any funny antidote to tell. I don't have any specific spiritually uplifting moment that I have the stamina