Lately I've been thinking a lot about some of the decisions I've made that have brought me to this point.  This time of life is an especially interesting time in terms of making big choices that will direct you and put you in a position that will ultimately determine where you end up.  Over the past 5 or 6 years I've made a lot of decisions that have been really hard to make; ones that have required a lot of prayer, effort and most definitely faith; and many of the huge choices I've made, I fear, have not been given enough thought or prayer.  Maybe some of you can relate; maybe some of you have had to choose between two very different options and you've wondered from time to time if you really chose the thing that God intended you to choose; maybe you've wondered if you really prayed or listened well enough and really got on the path of choices that Heavenly Father ultimately wanted for you.

We believe so much in the church that Heavenly Father has this very individualized path that he wants each of us to follow so that we can be the most happy people possible and we make the decisions along the way that keep us on that path or take us to another.  Problem is, it's so easy to feel that with our imperfect lives and thousands of imperfect choices, we've totally derailed from the original plan.  But God, being perfect, I believe really is the best at handling curve balls.  And instead of saying once we've made our first mistake, "well you, my friend, did not follow my perfect blueprint.  You're on you own now!"  He completely restructures how we need to progress in order to become the happiest we can be, always according to the most current circumstances, whether they're ideal or not.

The trick is differentiating between the ultimate goal and the positive steps toward that goal.  Heavenly Father may want us to go to church one Sunday instead of a football game but that doesn't mean that that's His ultimate goal for us.  His ultimate goal may instead be for us to raise families in the gospel, learn from trials, and return to Him--and going to church is a way that He can help us reach that goal.  So if we make the wrong choice, that doesn't mean the ultimate goal, the most important thing, is out of the question; it simply means that under current circumstances, Heavenly Father will have something He wants us to do in order to best reach toward that goal.  And the more we come to realize all of this, the more we'll want to take the in-between steps that He encourages us to take.

So in light of all that, it's really useless to whine and worry about the choices we've made, wondering and stressing about whether or not we've completely derailed from the perfect path our Father had perfectly created for us;  it's because those choices are really irrelevant once they've been made.  Instead of trying desperately to validate our decisions in order to save ourselves an ounce of pride, I think it's probably much more helpful to ask Heavenly Father what he would have us do now, according to our most current circumstances, to reach toward the ultimate goals He has for us.

I suppose that despite all the tricks, traps and trials we encounter, each one completely individualized with the greatest potential to do the greatest damage to each of our souls, it's vital to really try to grasp the eternal picture; often we say that those who have an eternal thinking mindset don't care about their trials anymore.  I don't think that's true.  I do believe that the more eternal thinking we can be, the more we understand the point of our trials even if sometimes that point is nothing more than to strengthen without callousing; that effect being entirely up to us.  And the more and more we push onward and use every ounce of energy we have or borrow to try to understand the what and how of the trials we face with every intention of using those answers to make ourselves and our families better, the less we'll worry about the why and when.  And then we've mastered the curve balls~

Two times in a row now I have put my clothes in the washer, dumped the soap in, and then walked away without starting it or even closing the lid. Yesterday I walked back over to it a couple hours later to move the 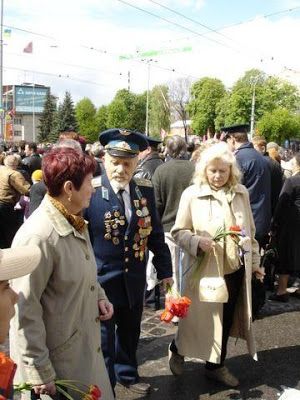 Another batch.  Enjoy~ The last one is my model pose in a Ukrainian forest:)